Close
Following the end of World War 2 two nations competed for military and political supremacy in the world: The United States of America and the Soviet Union. With diametrically opposed views on politics and economics these nations soon found themselves competing against each other while diplomatic tensions between them began to rise. This state of tension is known as the Cold War. During the Cold War the USSR and USA started competing against each other in space exploration. This competition is known as the Space Race. 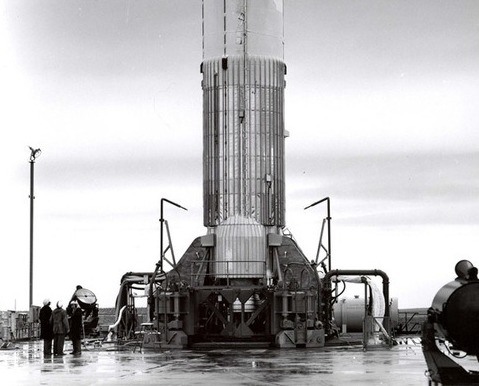 Text
1 of 6
In those days space exploration was primarily motivated by military and political goals. Military, the technology developed during the space race was used to improve each nation's rocket arsenal. Politically the space race, with it’s many premiers, was viewed as a propaganda tool to weaken the enemy nation.
Image 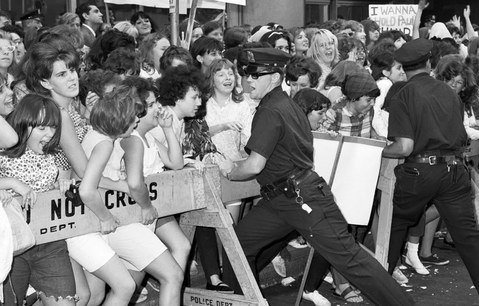 Text
2 of 6
The Sixties were a decade of contrasts. They saw enormous political, social and cultural change and have been seen as a nostalgic era of peace and liberalism, overshadowed by a dark cloud of hatred, oppression and wanton excess. They began, ominously, under the longest shadow of the Cold War. Younger generations, inspired by the unequal conservative norms of the time, as well as an increasingly unpopular war brewing in Vietnam, cultivated a social revolution which swept across much of the western world.
Image 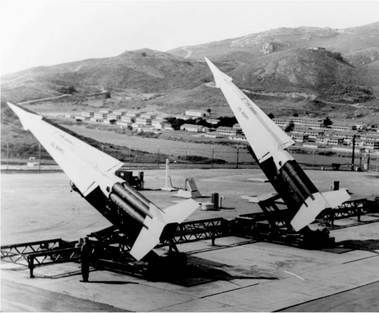 Text
3 of 6
Although the Cold War had its downsides (accusations of treason, spying, a costly American involvement in the Korean and Vietnam conflicts, and a massive propaganda machine), it undeniably produced some serious innovation in technology and industry. The buildup of both the Soviet and American defense systems was another result of these tensions, as was a race to produce and stockpile nuclear arms.
Image 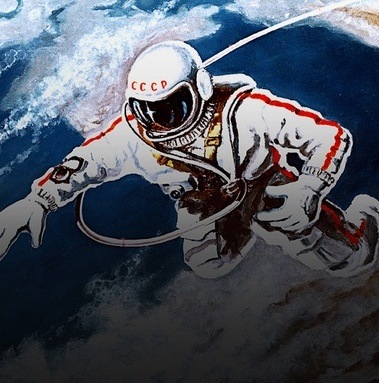 Text
4 of 6
Humanity had advanced enormously between the end of the Fifties and the close of the Sixties, in a thousand social, cultural, political and technological ways. It would have been impossible to imagine on the eve of Yuri Gagarin's orbital flight that within such a short span of time the techniques and tools of rendezvous, docking, spacewalking and reaching the Moon would have been tried, tested and mastered.
Image 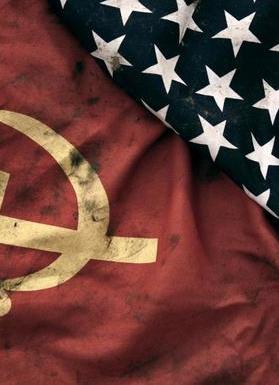 Text
5 of 6
The militaristic aspect of the Cold War was frighteningly intense, with a series of treaties, wars, and other events that solidified the opposition between the two countries. War was never officially declared, hence the term Cold War, but these countries and their allies soon had divisive political and technological agendas to meet.
Image 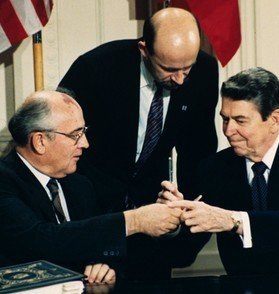 Text
6 of 6
Several decades passed before the end of the Cold War; between Soviet leader Mikhail Gorbachev’s introduction of glasnost (transparent and open government) and perestroika (economic restructuring) and President Ronald Reagan’s influence, the Cold War petered out in the late 1980s and early 1990s. The collapse of the Soviet Union in 1991 brought further realizations of capitalism and a free market to the former Soviet states.
Image

The launch of Sputnik 1 proceeded as planned on October 4, 1957, thus cementing the Soviet Union’s place in history as the first country to launch an artificial satellite into orbit. The Soviet Union notified observers around the world to watch for the satellite, which could be seen from the ground through binoculars or telescopes as it passed through the night sky. Additionally, the radio signal from Sputnik 1 could be heard with a common shortwave radio. This beeping signal quickly became a symbol of the Soviet Union’s technological prowess. 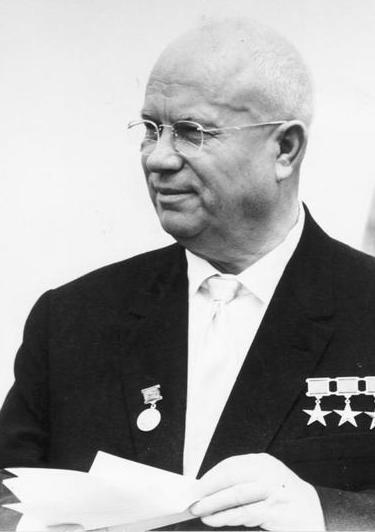 Text
1 of 4
Soviet leader Nikita Khrushchev used the fact that his country had been first to launch a satellite as evidence of the technological power of the Soviet Union and of the superiority of communism. He repeated these claims after Yury Gagarin’s orbital flight in 1961.
Image 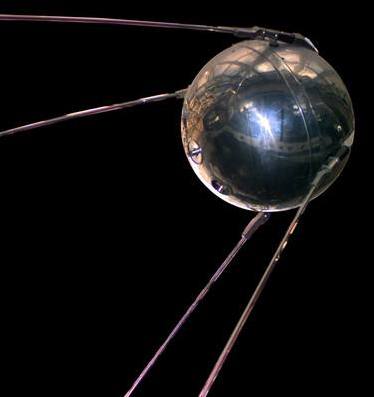 Text
2 of 4
Even before the first satellite was launched, U.S. leaders recognized that the ability to observe military activities around the world from space would be an asset to national security. Following on the success of its photo reconnaissance satellites, which began operation in 1960, the United States built increasingly complex observation and electronic-intercept intelligence satellites. The Soviet Union also quickly developed an array of intelligence satellites, and later a few other countries instituted their own satellite observation programs.
Image 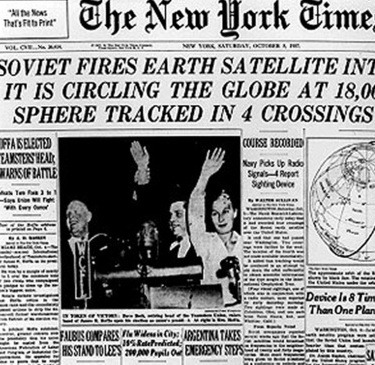 Text
3 of 4
The New York Times pointed out that Sputnik was eight times heavier than the device the U.S. government hoped to place in orbit. Americans became edgy and downright apprehensive about their future. One of the core beliefs that drove American society was the idea that U.S. scientists and engineers were the world’s best—and here the Russians were, outperforming them. The Times reported that Dr. Joseph Kaplan, who was chairman of the U.S. section of the International Geophysical Year, called the Russian achievement “fantastic.”
Image 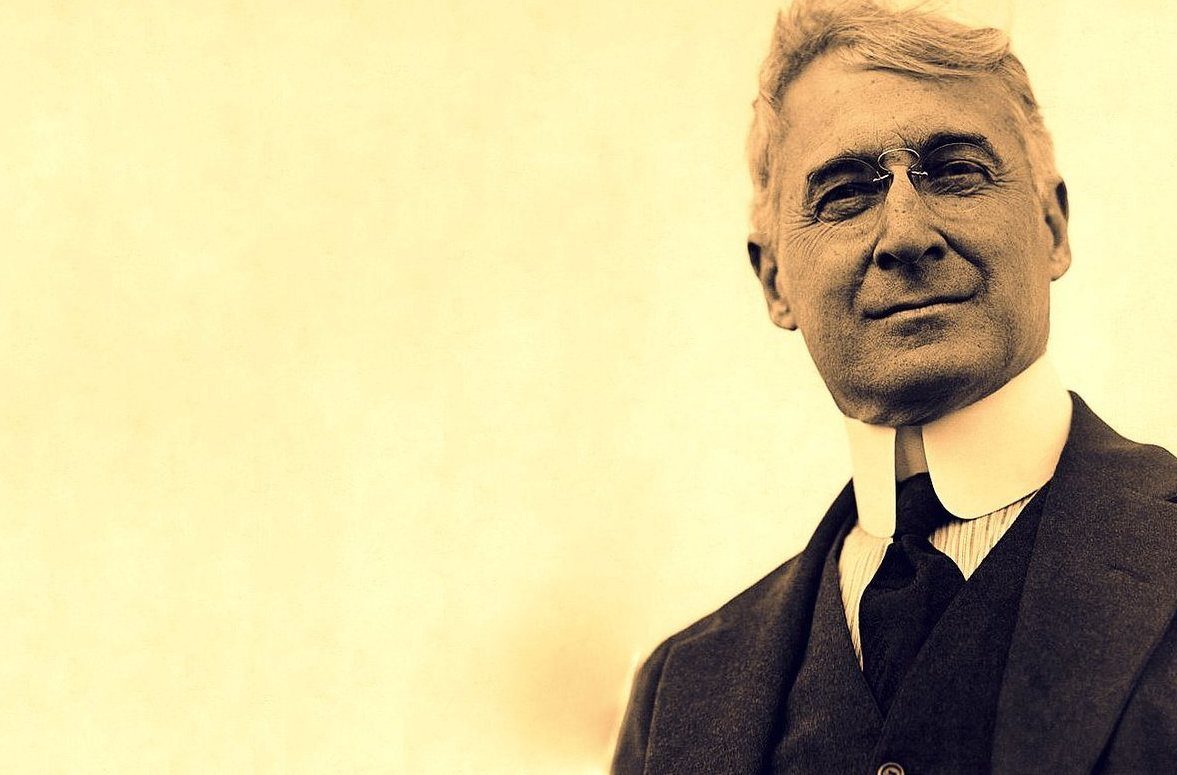 Text
4 of 4
Concerned voices intruded on the admiration for the Russian accomplishment. In an open letter to the New York Herald Tribune, economist Bernard Baruch wrote about “The Lessons of Defeat”: ‘While we devote our industrial and technological power to producing new model automobiles and more gadgets, the Soviet Union is conquering space. While America grumbles over taxes and cuts the cloak of its defense to the cloth of its budget, Russia is launching intercontinental missiles. Suddenly, rudely, we are awakened to the fact that the Russians have outdistanced us in a race which we thought we were winning. It is Russia, not the United States, who has had the imagination to hitch its wagon to the stars and the skill to reach for the moon and all but grasp it. America is worried. It should be.’
Image