Close
During 1917 Germany resumed unrestricted submarine warfare in an effort to stop the flow of supplies towards Britain. The attempt backfired when US President Woodrow Wilson declared war against Germany. The US fleet made an immediate impact, bolstering the already large numbers of the Grand Fleet. In an attempt to counter the German U-Boat campaign the Entente adopted a convoy system to escort merchant ships across the worlds seas.
Having failed in 1916 to drive France from the war at the Battle of Verdun (on land), and the British at Jutland, and having, in turn, experienced the lengthy and damaging British attack in the Somme offensive (on land), in 1917 the Germans sought to force Britain from the war by resuming attempts to destroy its supply system. Unrestricted submarine warfare was resumed with one major consequence: the United States declared war against Germany. By the end of the year, the British managed to contain the German submarine threat by implementing a convoy system. 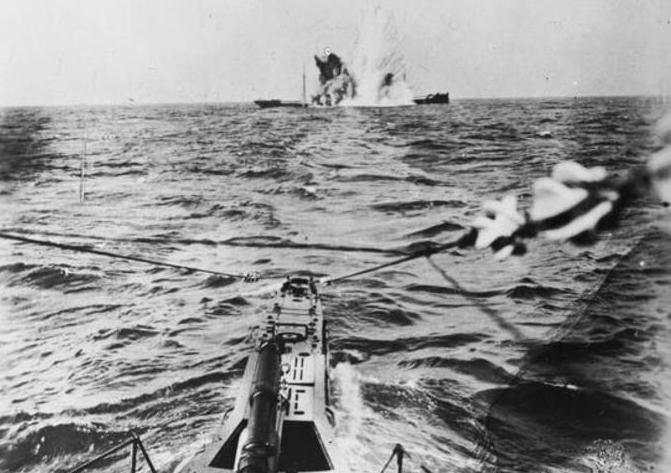 Text
1 of 5
The seeds were set for unrestricted submarine warfare; yet this would be a gamble based on the lack of a realistic alternative rather than the inherent merits of the policy. German naval experts believed that they could knock Britain out of the war if they managed to sink some 600,000 tons of shipping a month for just five months. The British would simply run out of shipping while neutral shipping would either be frightened away or be sunk itself.
Image 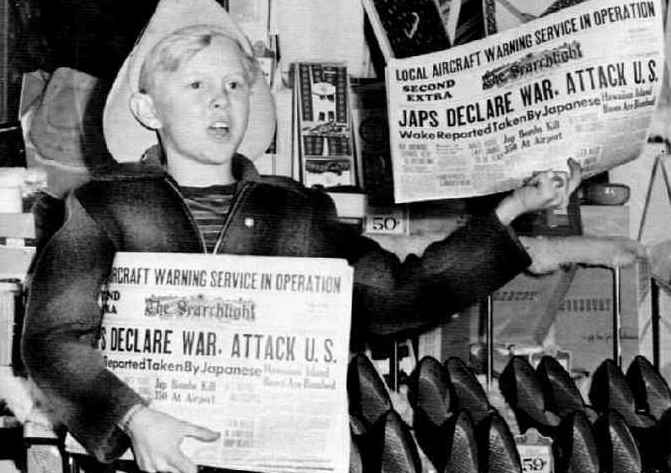 Text
2 of 5
Ironically, America’s entry into the war increased the importance of submarines to German capability, since it increased the number of surface warships pitted against Germany. This prefigured the situation in 1941, when the United States entered the Second World War against Germany, although then the German surface fleet was relatively weaker.
Image 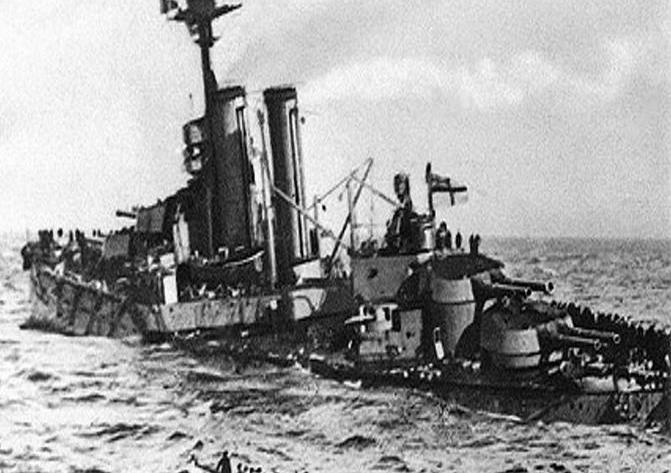 Text
3 of 5
The initial rate of Entente shipping losses was sufficiently high to threaten defeat. Serious losses were inflicted, especially on British commerce, in large part due to British inexperience in confronting submarine attacks. The limited effectiveness of anti-submarine weaponry was also an issue, as depth charges, another new technology, were effective only if they exploded close to the hull of the submarine. This was also a period when effective artillery techniques on land were still being worked out. It took time to establish and disseminate such techniques.
Image 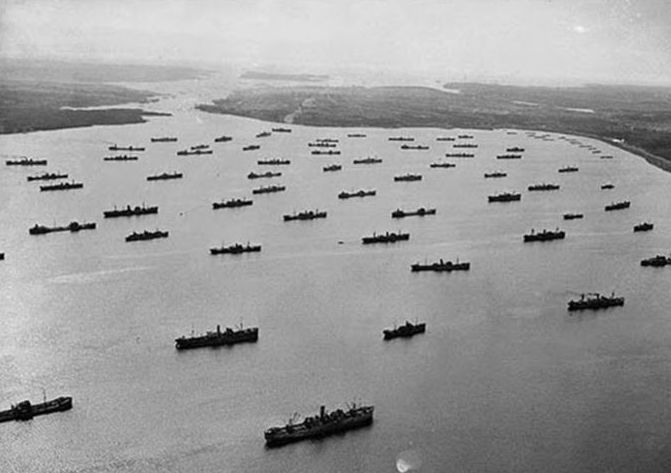 Text
4 of 5
In the event, as later in the Second World War, Britain survived the onslaught, by fighting and defeating the submarines and also due to success on the home front. The introduction in May of a system of escorted convoys cut shipping losses dramatically and helped lead to an increase in the sinking of submarines.
Image

Text
5 of 5
Convoys were also resisted by certain naval circles as not being sufficiently in line with the bold ‘Nelson touch’, which they believed necessary and appropriate. To look after convoys was not the role of warriors. Nineteenth-century Royal Navy culture had blurred the success of convoys in the French Revolutionary and Napoleonic Wars from 1793 to 1815. However, against a background of resource superiority and a degree of naval control that enabled them to choose from different options, the Admiralty eventually took the necessary steps.
Image

After the first fleet action in the dreadnought age, it is not surprising that there were a great number of technical and material considerations for the British to digest. One thing was evident: something had gone wrong with the battlecruisers, and a full investigation into their explosive demise was begun, resulting in strict anti-flash precautions being implemented, plus additional armor protection for all those ships still under construction. But urgent improvements were also required in the design of British shells, which had shown a distinct tendency to break up on impact, thus not causing the anticipated damage. 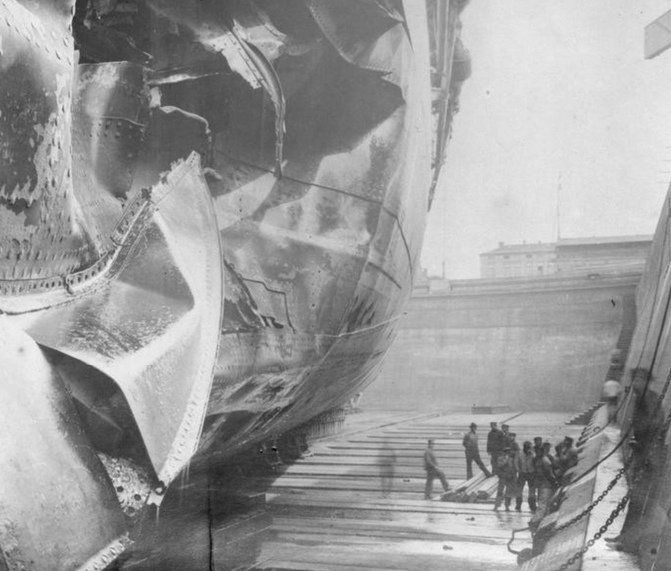 Text
1 of 2
Night fighting may still have been abhorred, but Jutland forced a belated recognition of the necessity for proper training and preparations. There was a general tightening of ship-to-ship identification procedures, searchlights with removable covers were fitted, and night exercises were begun in earnest.
Image 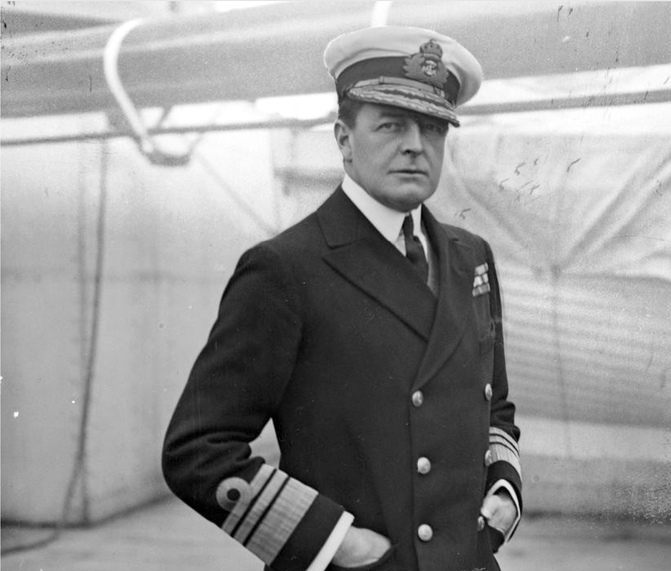 Text
2 of 2
The method of handling and disseminating naval intelligence was also improved to avoid the kind of errors which had dogged Jellicoe at Jutland. The British had certainly learned some valuable lessons from their bitter disappointment.
Image 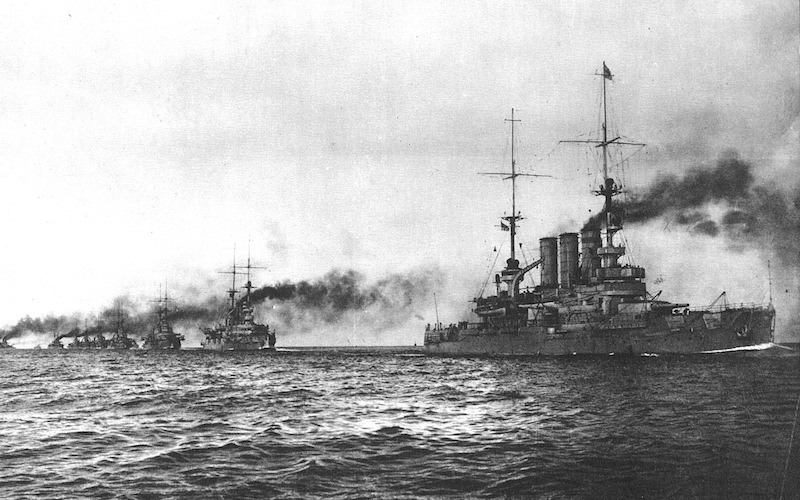 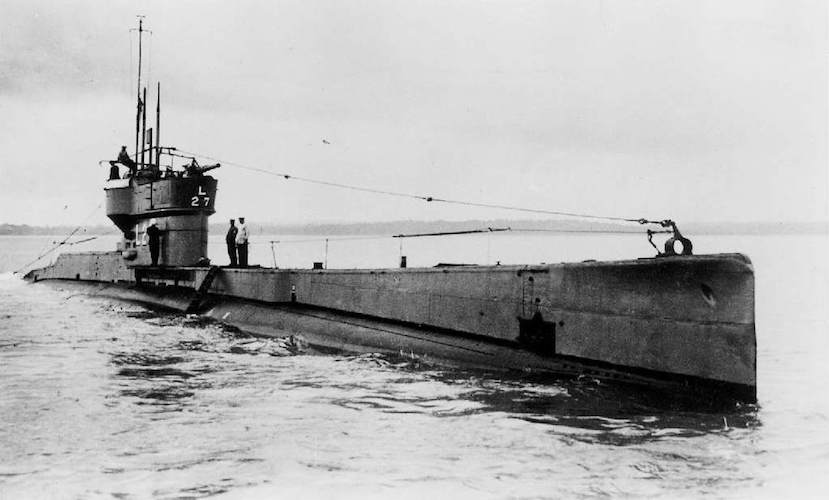 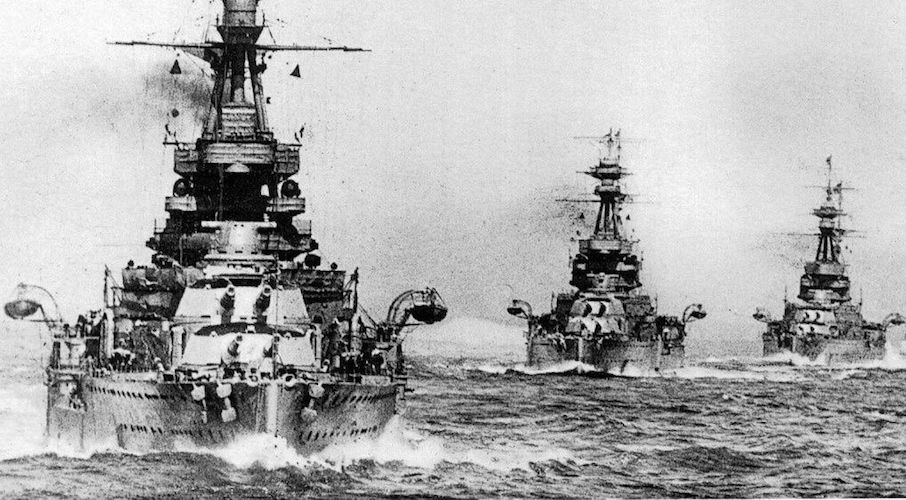 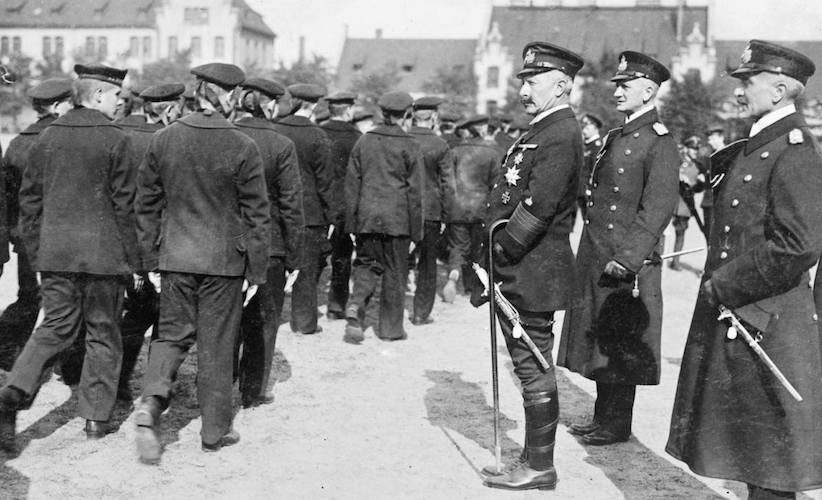