Close
The campaign in Egypt started when the Turkish Army attacked the British positions at the Suez Canal. The British managed do defend their positions and force the Turks to retreat into Palestine. After a period of stalemate the British once again regained the initiative and captured a large part of Palestine before the Turks surrendered at the Armistice of Mudros.
During World War One, the Sinai and Palestine Campaign was fought between the British and Ottoman Empires. The campaign started in 1915 when the Turks attempted to take control of the Suez Canal. It ended in 1918 with the Armistice of Mudros, where the defeated Turks had to give up Syria and Palestine. 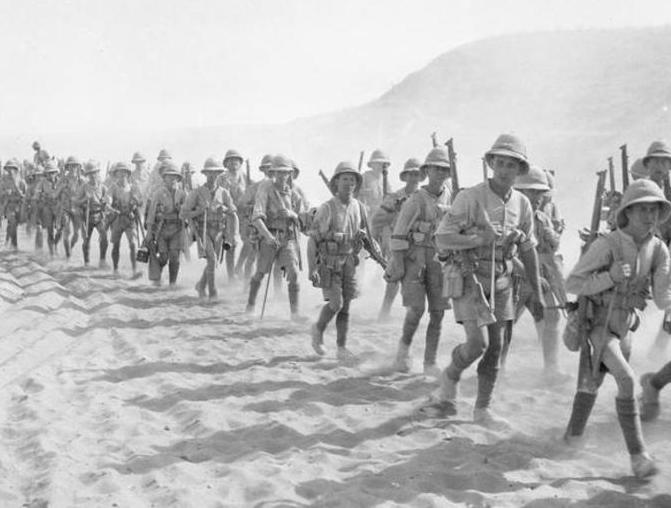 Text
1 of 4
Water was paramount and the amounts needed were huge: nothing could be done in the desert without securing water supplies. An impressive 12-inch-wide pipeline was laid in order to pump drinking water forward, with storage tanks established, from which the ubiquitous camels would carry the water to the forward positions in zinc containers. With temperatures spiralling, no shade and frequent sandstorms, the desert environment was excessively harsh.
Image 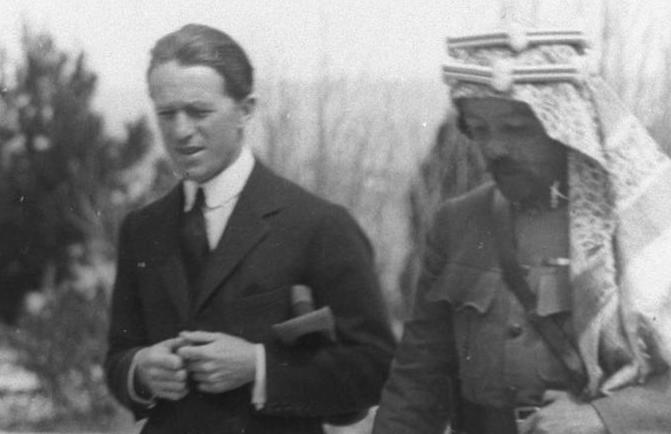 Text
2 of 4
The course of the Arab revolt was punctuated by quarrels between the various factions and tribes involved, and the duplicity of British and French politicians preparing their respective post-war spheres of influence in the Near East. The key British personality on the ground was the gifted Captain (later Colonel) T. E. Lawrence, a young Oxford archaeologist with profound knowledge of, and sympathy for, the Arab cause.
Image 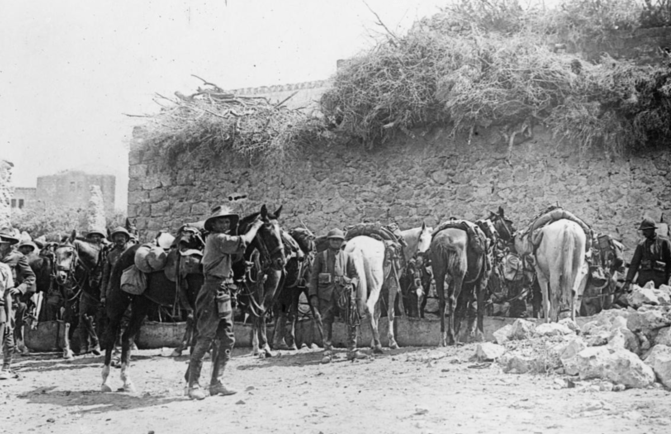 Text
3 of 4
There were Imperial expansionist interests to be considered, but first the war had to be won. As with Gallipoli, Mesopotamia and Salonika, Palestine proved to be a waste of resources. The strategic objectives – control of the Dardanelles at Gallipoli, oil in Mesopotamia, the survival of the Serbian Army at Salonika and the security of the Suez Canal in Egypt – could all have been secured with a far smaller investment of precious resources.
Image 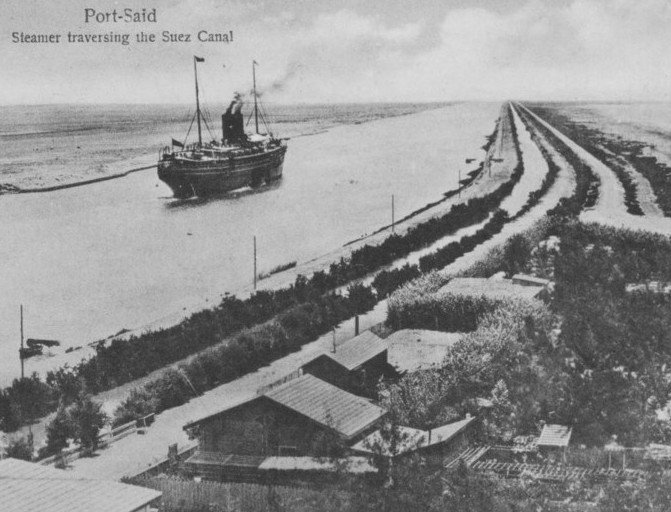 Text
4 of 4
The Suez Canal was the most important line of strategic communication in the Entente’s war zone, through which passed not only much essential supply but also, at that moment, the convoys bringing the ‘imperial’ contingents from India and Australasia to Europe. The difficulty was in execution, for the Turkish approaches to the Canal lay across the hundred waterless miles of the Sinai desert.
Image

The British established a stranglehold on the Ottoman Empire suzerainty of Egypt in 1882 and, whatever the legal niceties of the situation, had been in effective control there ever since. The importance of Egypt lay in its location as the neck containing the jugular of the British Empire. 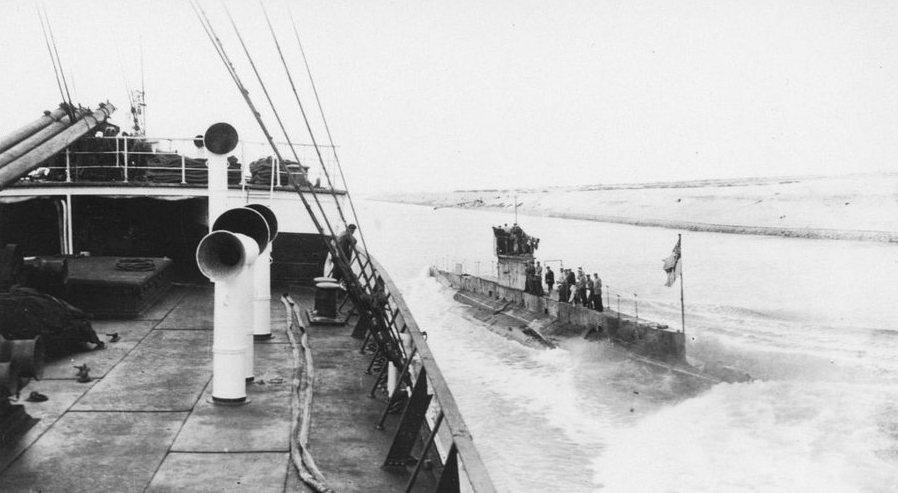 Text
1 of 2
The hundred miles of the Suez Canal stretching from Port Said on the Mediterranean through to Port Suez on the Red Sea provided a shortened sea route linking the British homeland with her dominions in India, Australia and New Zealand. This crucial waterway had to be defended at all costs, which entailed a considerable military commitment to prevent any hostile incursion or possible sabotage.
Image 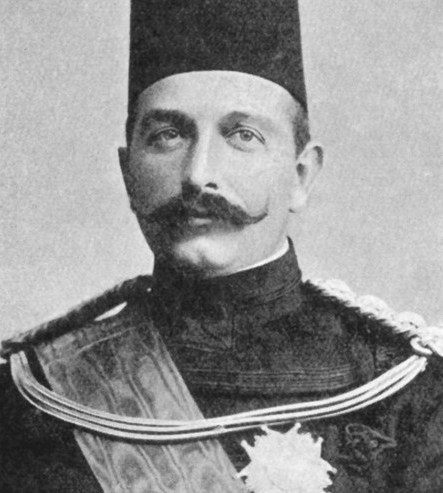 Text
2 of 2
Egypt, technically still part of the Ottoman Empire in 1914, had been under the effective control of a British 'Agent' since 1882. The army was in the hands of a British Commander-in-Chief or Sirdar. British officials headed most government departments in Egypt including the police. The nominal Egyptian head of government and viceroy of the Ottoman Sultan was the Khedive, Abbas El Hilmi; an anglophobe mostly resident in Constantinople, he was summarily deposed by the British in December 1914.
Image 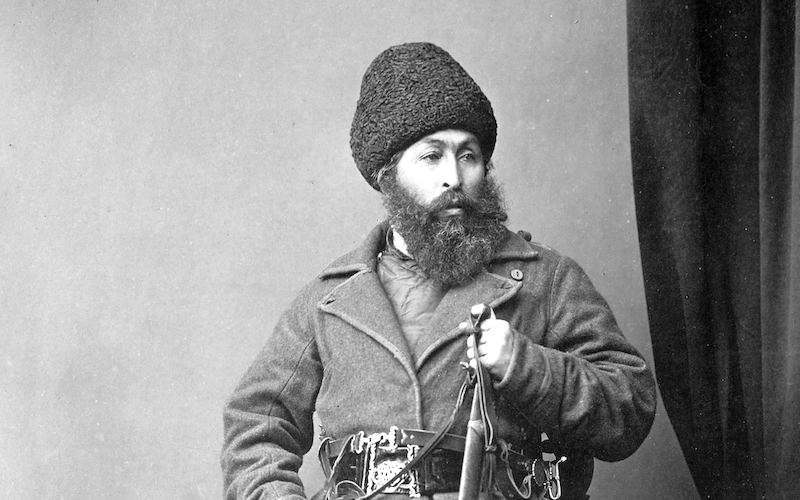 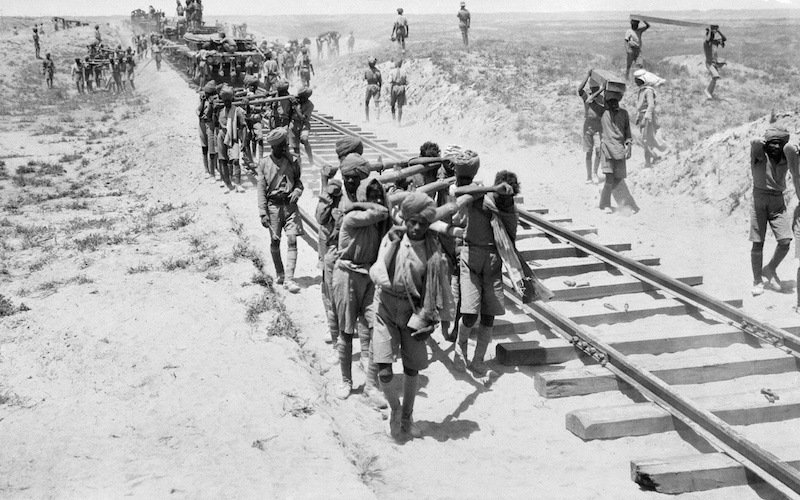