Close
During Operation Queen the Anglo-American forces staged an offensive against the German forces in the Rur river area. The offensive was suspended when the Germans launched their own offensive in the Ardennes.
Operation Queen was Omar Bradley's major autumn offensive on the Siegfried Line, but it was repeatedly delayed. The principal problem was the rainy and overcast weather that prevented the planned air strike, which was larger than any previous Allied air effort in the area. The Americans wanted to cross the Rur River, as a staging point to crossing the Rhine into Germany. When the Allies finally reached the Rur, they tried to capture its important dams. But the Germans launched their own offensive, Operation Watch on the Rhine. The resulting battle of the Bulge led to the immediate cessation of the Allied advance into Germany until the Wehrmacht’s attack was stopped. 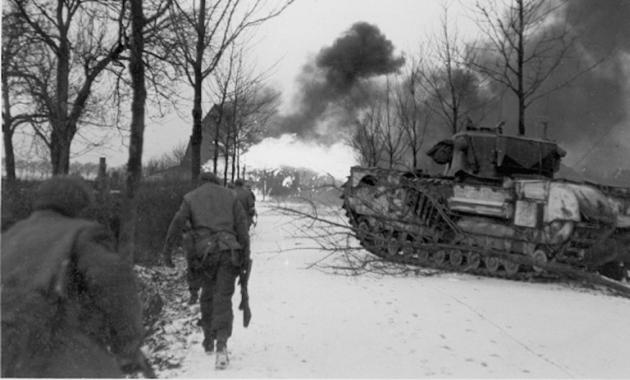 Text
1 of 1
Before the offensive began, heavy fighting had taken place around Aachen and Hurtgen forest all through the autumn of that year. Even though Aachen was captured by American forces, both sides suffered heavy casualties in the fighting. The fighting that took place in Hurtgen forest was just as bloody, and in that sector the Germans managed to stop the American offensive.
Image

Bradley saw Operation Queen as a replay of Operation Cobra in Normandy: a massive air strike which would pave the way for a quick US Army breakthrough out of congested terrain into open tank country, leading to a deep envelopment of German defenses. The starring role was given to the First Army and especially Joseph Collins' VII Corps, which would push out of the Stolberg corridor towards the Roer. In the meantime, Leonard Gerow's V Corps would have the task of continuing to push back the German defenses along the edge of the Hurtgen forest towards Duren. William Simpson's neighboring Ninth Army had the mission of pushing its forces up to the Roer on the left flank. 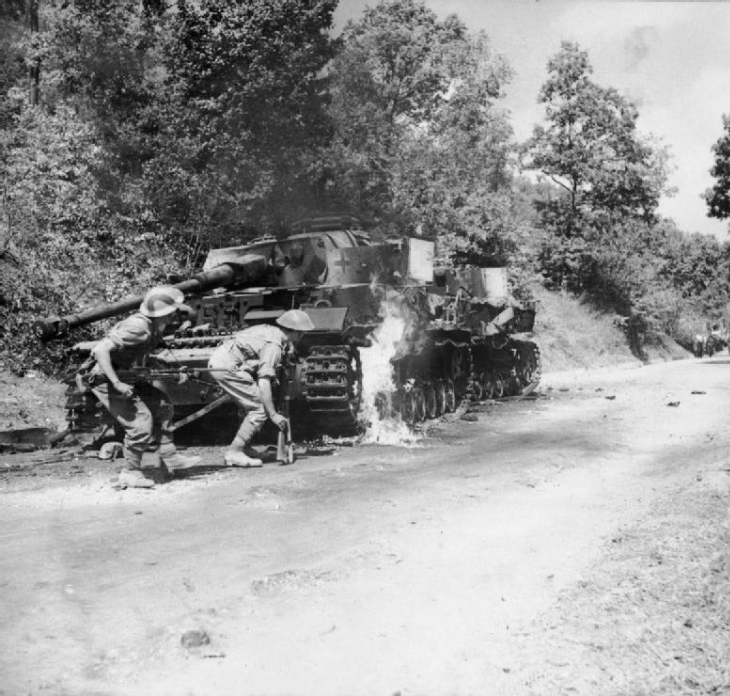 Text
1 of 3
The battleground for the First Army advance was constricted by the terrain, which was hilly and heavily urbanized in the VII Corps sector, whereas the Hurtgen in the V Corps sector was forested hell.
Image 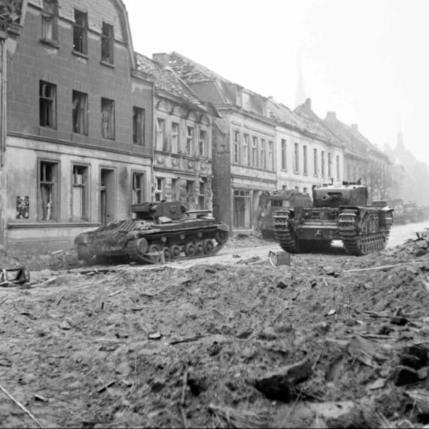 Text
2 of 3
This time, two infantry divisions would be committed to the Hurtgen: the 1st to clear the northeastern fringes, and the 4th to attack straight into the forest to seize Hurtgen and the roads to Duren. By this stage the US Army had finally begun to appreciate the importance of the Roer dams in the forest. Operation Queen foresaw that the offensive would have to be halted along the Roer until the problem of the dams was resolved.
Image 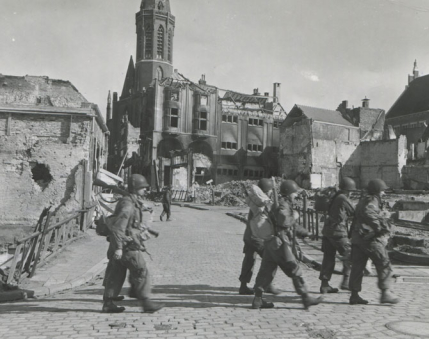 Text
3 of 3
The terrain in the Ninth Army sector was in some respects more favorable for advance. It consisted of relatively flat farmland scattered with many villages. The greatest challenge was the town of Geilenkirchen. This town was positioned in the midst of a dense concentration of bunkers and sat on the border between the US 12th Army Group and the British-Canadian 21st Army Group.
Image 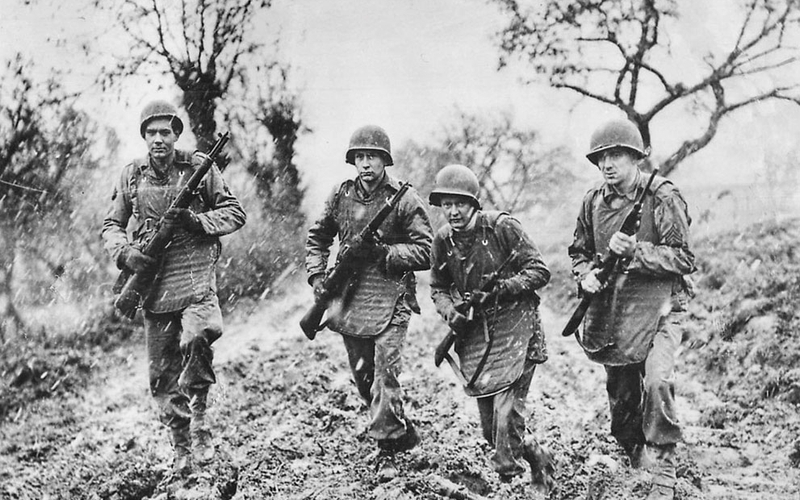 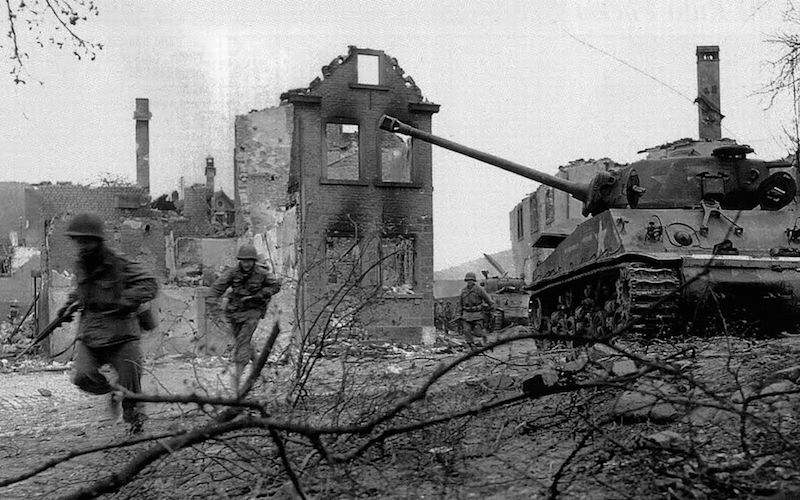 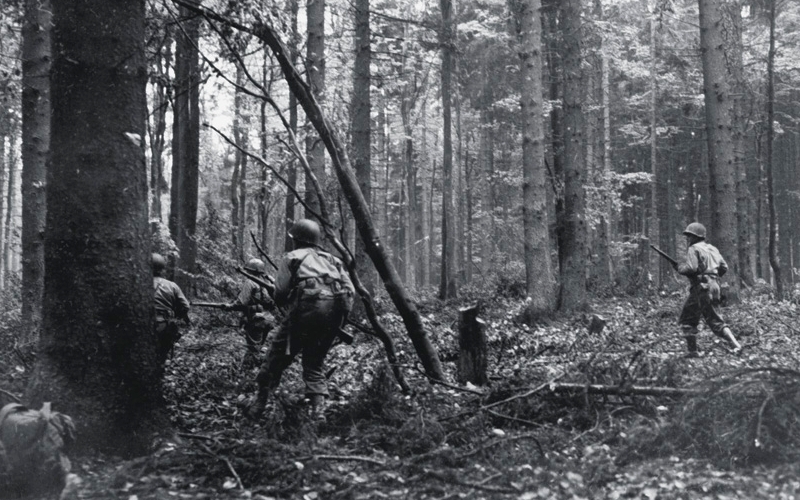