Close
As distasteful as these bombing campaigns are today to most citizens of the liberal democracies under sixty years of age, the Combined Bomber Offensive in Europe and the bombing of Japan reflected not only a sense of moral conviction on the part of the West but a belief that such air attacks would end a war that daily grew more horrible for soldiers and civilians alike.
Along with the decision to use nuclear weapons against Japan, the most controversial aspect of Allied involvement in the war has been the area, strategic or – to use a more emotive term – carpet or terror bombing of German cities and civilians. For most in the west at the time it was considered a perfectly legitimate way to bring the enemy to its knees once Total War had been unleashed by Hitler, but for some – especially after the war had been safely won – it was a morally unacceptable war crime. This article will seek to explore whether or not this strategy worked and if there were any alternatives.

Text
1 of 7
Young men of all nations perceived romance in playing their parts in the war as knights of the air. ‘I saw myself as something like a gladiator of old,’ wrote Ted Bone, who in 1941 became a nineteen-year-old volunteer for RAF aircrew service. ‘Not for me the horrors of hand-to-hand combat with a rifle and bayonet – I would be firing at another fighter plane.’ Young men of ‘the Lindbergh generation’ exulted in the notion of flying fast and nimble single-engined, single seat aircraft, which granted pilots a power over their own destinies unusual among twentieth-century warriors. It was ironic, therefore, that many such dreamers found themselves instead committed to aerial bombardment of cities, one of the more barbarous features of the conflict.
Image 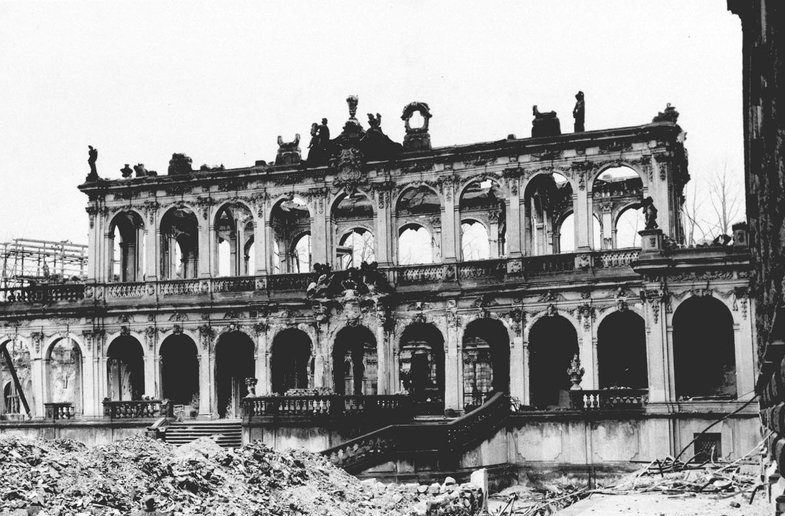 Text
2 of 7
Allied aircrew who were deployed on operational fighter or bomber squadrons faced the statistical probability of their own extinction, up to the last eighteen months of the war. Romantic delusions faded as they learned to anticipate a destiny as a bloody jam of crushed flesh and bones, or as a body atop a petrol-fuelled funeral pyre. To be sure, their daily lives on the ground were privileged: they were spared the mud and discomfort to which foot soldiers were subjected. But they were less likely to survive.
Image 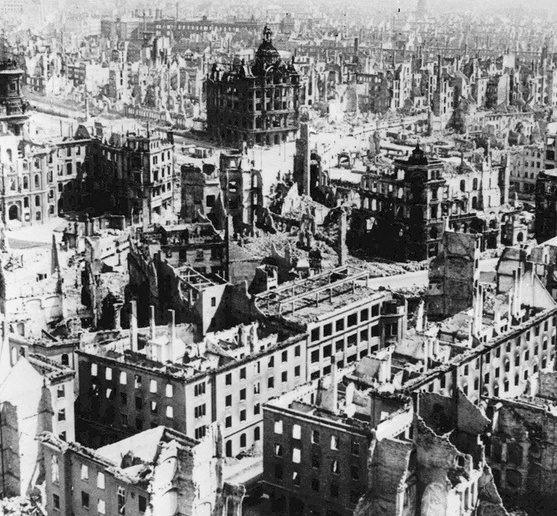 Text
3 of 7
The Allied air chiefs’ principal preoccupation was strategic assault on Germany – the offensive against Japan began in earnest only in March 1945 – through which they aspired to win the war on their own. The RAF was obliged to abandon daylight bombing after a bloody initiation in 1939-40. Thereafter, its squadrons mounted night offensives, which made little material impact on Germany until 1943.
Image

Text
4 of 7
Until 1943, the most important achievement of the Allied strategic air offensive was that it obliged the Germans to divert growing numbers of their fighters and dual-purpose 88mm guns from the Eastern Front to the defense of the Reich. Berlin alone was defended by a hundred batteries of sixteen to twenty-four guns, each manned by crews of eleven. Though many gunners were teenagers ineligible for the front, the diversion of firepower and technology was important.
Image 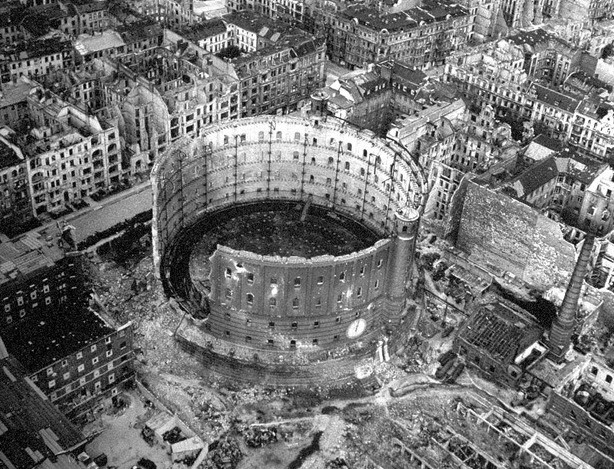 Text
5 of 7
In 1944-45, the Anglo-American bomber offensive became the supreme expression of the two nations’ industrial might and technological prowess. Much of eastern and southern England was transformed into a chequer-board of air bases overlaid on farmland, ringed by concertina wire, and variously designated for training, transport, fighters or bombers. Up until the end, German cities were pounded mercilessly.
Image 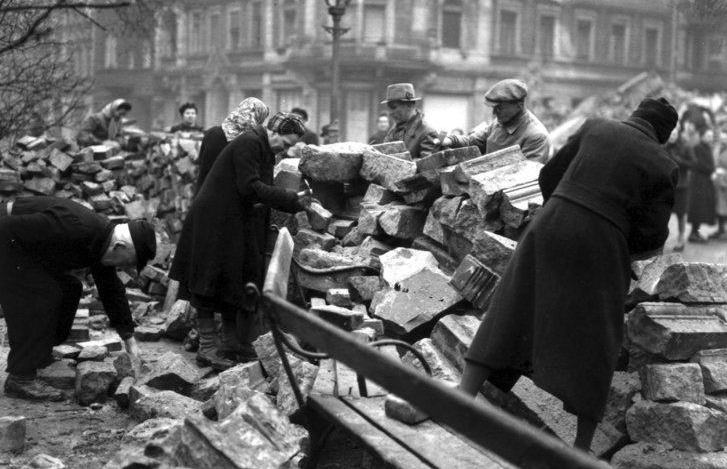 Text
6 of 7
The return of massive bombing in daylight and deep into Germany after the victory of the new Allied long-range fighters over the Luftwaffe in February-March 1944 altered the whole picture. Thereafter the strategic bombers first aided the invasion by destroying German communications, starting with France and Belgium and later moving on to German transportation targets. Both of these efforts were highly successful. The second major truly effective bombing campaign of 1944 was that of the Americans against the German petroleum industry.
Image

Text
7 of 7
As distasteful as these bombing campaigns are today to most citizens of the liberal democracies under sixty years of age, the Combined Bomber Offensive in Europe and the bombing of Japan reflected not only a sense of moral conviction on the part of the West but a belief that such air attacks would end a war that daily grew more horrible for soldiers and civilians alike.
Image

Proponents of air doctrine in the bomber wings of the German, British and American air forces in the 1920s and 1930s all believed that it was possible to win wars through bombing alone, with navies relegated to a blockading role and armies primarily used for mopping up and occupation. When war broke out, the Luftwaffe’s bombing of Warsaw and of Rotterdam and Louvain made it clear that Germany did not intend to abide by the view of warfare that confined targets to military assets attacked in daylight. Further raids on Coventry, Belgrade and Hull confirmed this.

Text
1 of 3
‘It is well also for the man in the street to realize that there is no power on earth that can protect him from being bombed,’ the former and future British Prime Minister Stanley Baldwin, then lord president of the council, told the House of Commons in November 1932. ‘Whatever people might tell him, the bomber will always get through.’ He spoke before the invention of radar, the Spitfire and the mass-production of the 4.5-inch anti aircraft gun, but the message certainly got through so that by 1939 it was assumed that general aerial bombardment would lead to massacre and the breakdown of civilization.
Image 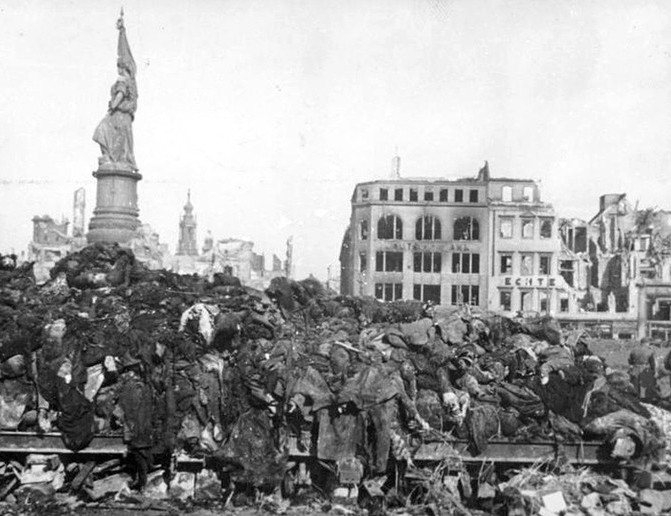 Text
2 of 3
The Luftwaffe bomber General Werner Baumbach later recalled: ‘Hitler talked about “extirpating” the English towns, and propaganda coined the word “coventrizing” for the maximum degree of destruction which was deemed to have been inflicted on Germany.’ Yet the simple fact that the Nazis adopted ruthless methods of warfare did not necessarily mean that their foes should as well.
Image 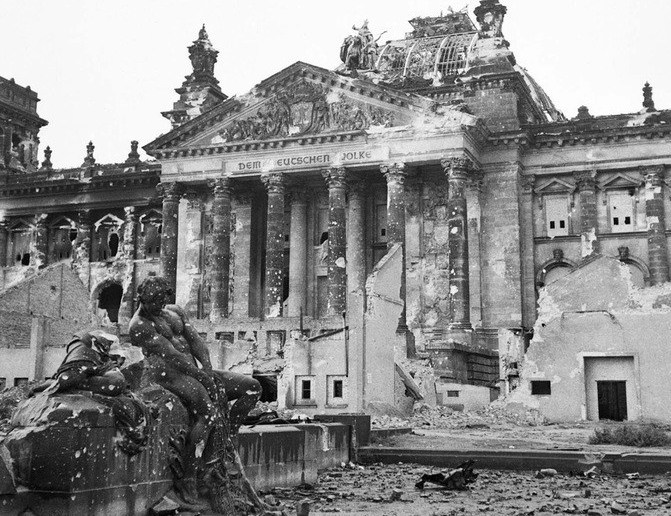 Text
3 of 3
The origins of strategic bombing can be traced back to the doctrines and expectations of the interwar period, particularly the belief that bombers could evade enemy defenses and attack population centers and industries. Air power advocates confidently predicted the disruption of enemy society, the elimination of its industrial potential, and the collapse of civilian morale.
Image 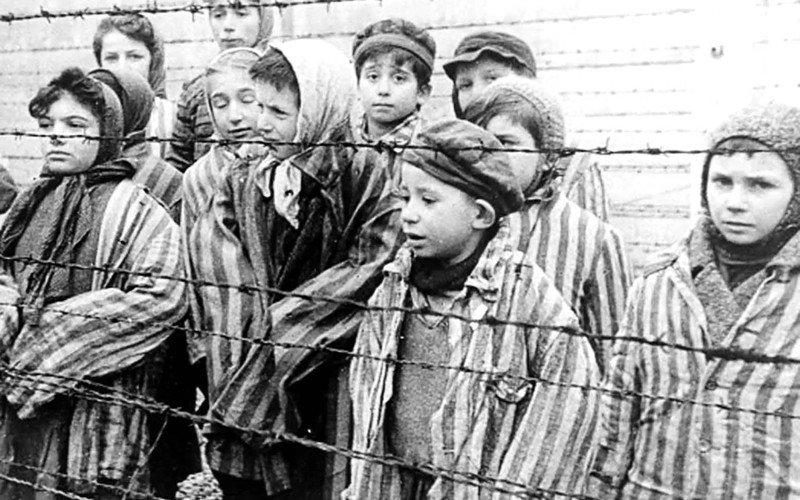 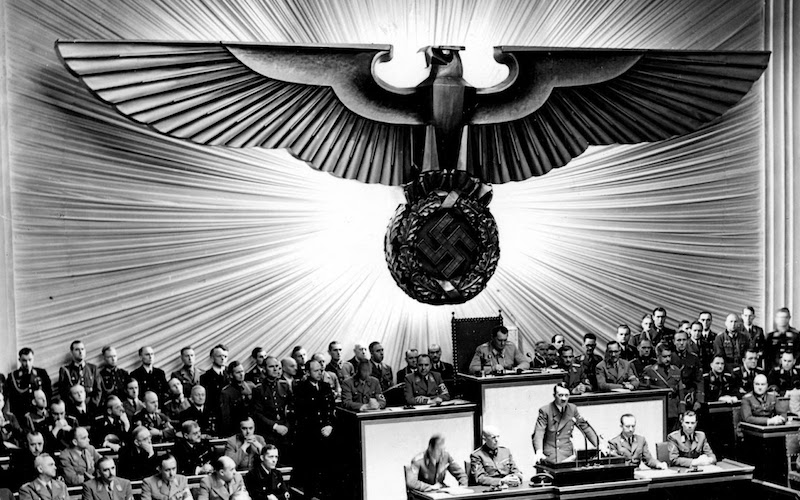 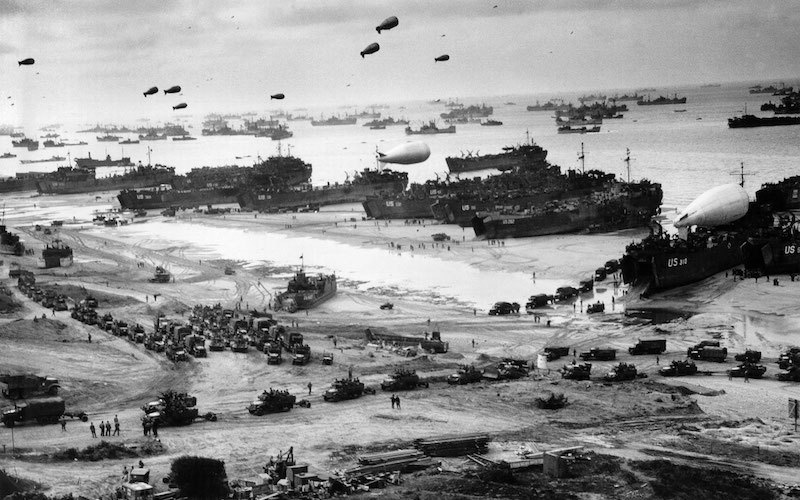 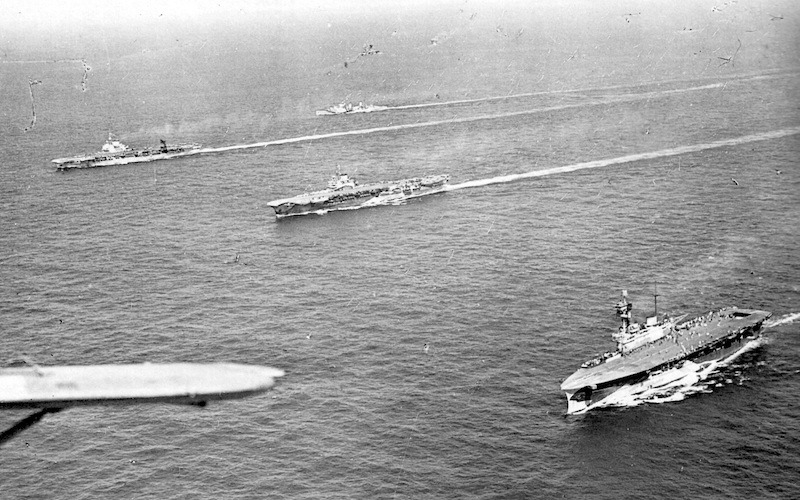 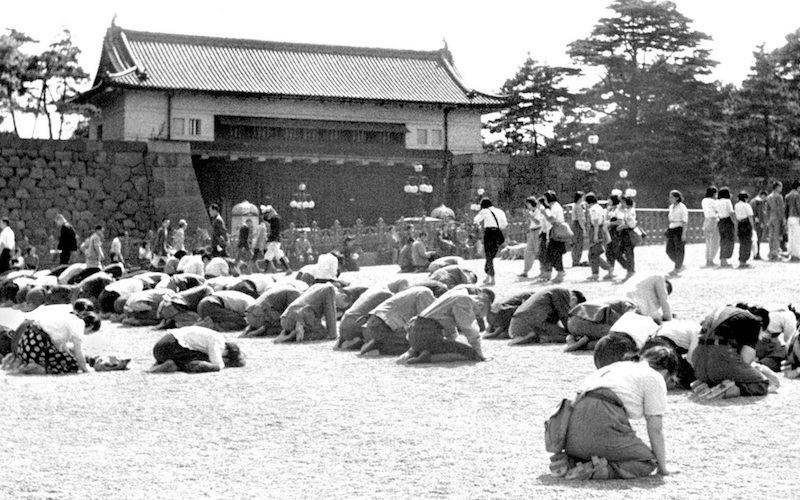 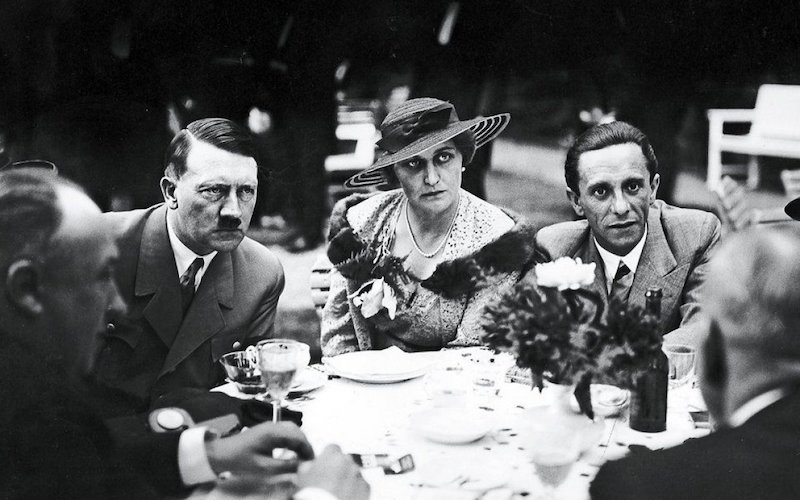