Close
During the First Battle of Ypres the German Empire attempted to attack the Entente forces on a wide front in a attempt to, at last, secure victory in 1914. However, by the time of the attack the British, French and Belgian armies managed to solidify their defensive positions. The Germans could not break through and now faced the very thing which they sough to avoid: a prolonged war on two fronts.
The First Battle of Ypres was a battle in World War One between the German Empire and the allied forces of France, Belgium and the British Empire. The battle took place around Ypres in Western Flanders, Belgium, after the end of the Race to the Sea, mutual attempts of the German and Franco-British armies to advance past each other's northern flanks. The battle proved to be indecisive because heavy fortifications on both sides nullified many offensive weapons. The battlefield became dominated by trench warfare in which defensive artillery and machine guns played a crucial part. The Great War had finally become a war of attrition. 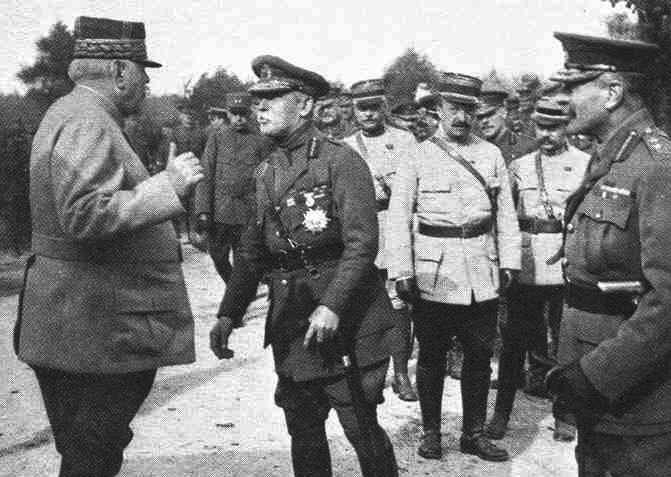 Text
1 of 6
The Commander of the British Expeditionary Force, Sir John French, was becoming frustrated by his static positions on the Aisne Front. The old cavalryman sent a plea to French General Joseph Joffre to allow him to move to take up station on the left flank of the French, which would greatly facilitate supply arrangements via the Channel ports. Thus the BEF would become involved in the final operations in northern France and around Ypres where it would try to exploit – or defend – the last possible gap before the North Sea stopped any opportunity for outflanking maneuvers.
Image 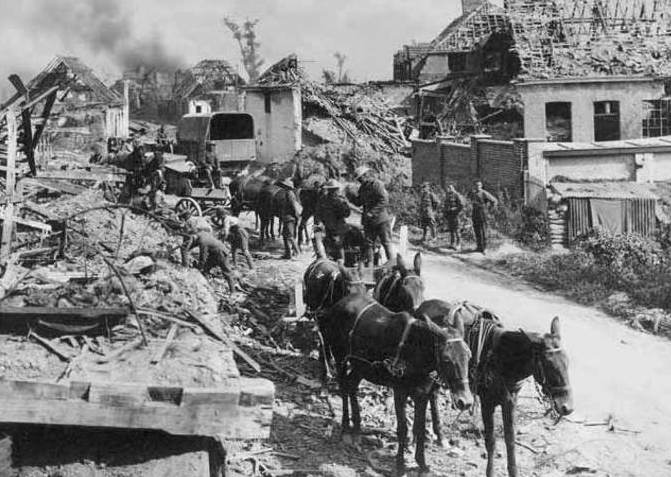 Text
2 of 6
The farmland surrounding the Belgian town of Ypres was now the only sector where neither side had a real chance of outflanking the enemy. Far from striking a decisive blow, the Entente forces became embroiled in a fluctuating encounter battle during which they were compelled to feed in units piecemeal simply to hold their ground.
Image

Text
3 of 6
On the German side, the patriotism of the young volunteers could not disguise their limited training, and they fell in thousands at Langemarck, attacking in dense skirmish lines. Remembered by the Germans as the Kindermord von Ypern (Massacre of the Innocents at Ypres), their sacrifice was later accorded a special place in Nazi mythology. Although the front remained fluid, trenches were now snaking across the flat farmland.
Image 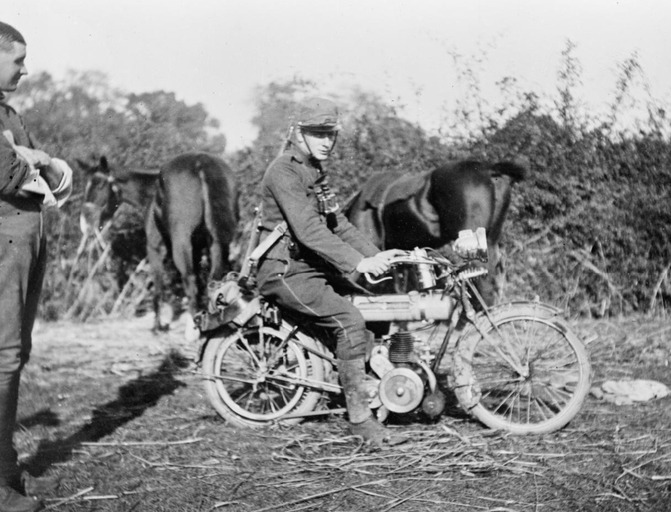 Text
4 of 6
The Entente forces experienced a major crisis when the British positions at Gheluvelt were overrun, but the Germans lost cohesion after the initial breach, again exposing weaknesses in their training. A bold British counterattack drove them from Gheluvelt.
Image 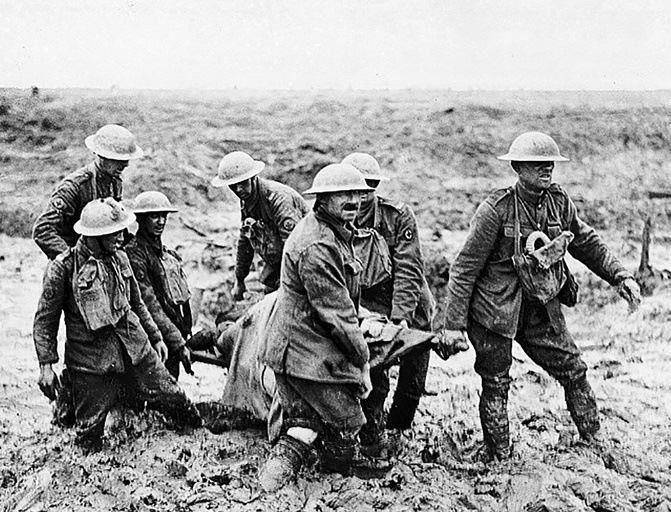 Text
5 of 6
The situation was stabilized with the deployment of extra French troops, but the respite was brief. Another German assault saw a composite Prussian Guard Division break through the British lines just north of the Menin Road. Once more employing obsolete tightly packed formations, the Germans were halted by a combination of point-blank British artillery fire and a scratch force which included cooks, brigade headquarters clerks and engineers. Not realising that this represented the last line of British resistance, the Prussian Guard faltered and were then cleared from the Nuns' Wood by a counterattack.
Image

Text
6 of 6
The battle that ensued raged almost continuously from early October, while the British and French were still attempting to push forwards round the imagined German flank, until late November, when both sides accepted the onset of winter and their own exhaustion. By the end of October the wider German offensive had failed, at enormous cost, particularly to the German volunteer corps. At their cemetery at Langemarck today, beyond a gateway decorated with the insignia of every German university, the bodies of 25,000 student soldiers lie in a mass grave; others lie in threes and fours under headstones inscribed to Volunteer Schmidt and Musketeer.
Image

The BEF, alongside the French Second and Tenth Armies, would become part of the hastily assembled Northern Army Group, all under the control of the feisty figure of General Ferdinand Foch. Foch was a force of nature, endowed with incredible vigor, a considerable intellect and the ability to inspire those around him. The BEF had slowly begun to expand. As the BEF moved into the line north of La Bassée Canal, near Béthune, it soon became involved in severe fighting. In the end, the main attention would fall on Ypres, a small market town in Belgium. 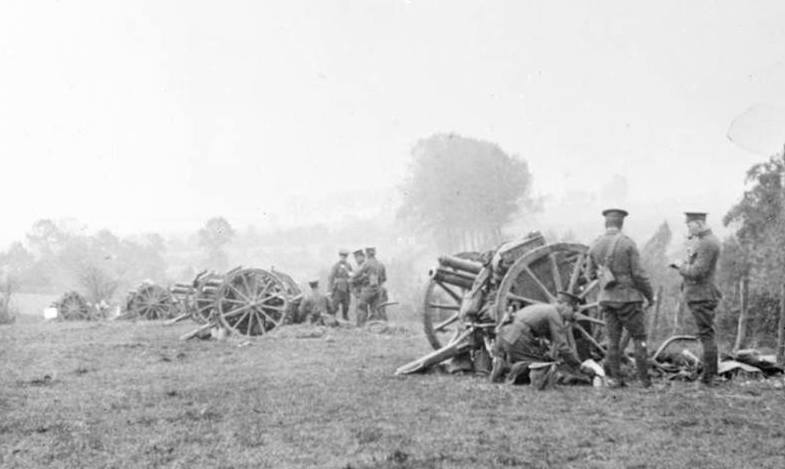 Text
1 of 4
Foch was a famed academic tactician and was closely linked with the French pre-war cult of the offensive. His performance in the first weeks of the war had not inspired confidence but, like Joffre, he had the ability to adapt his views to meet the realities he faced rather than the theories he had once taught. He gained new priorities forged in adversity: ‘Infantry was to be economized, artillery freely used and every foot of ground taken was to be organized for defence.’ Of course, morale was important, but most of all a successful attack needed numerical supremacy, backed up by overwhelming firepower. Having gained command of the Northern Army Group, Foch was determined to break through the gap he was convinced must exist between the German units that had captured Lille and those occupying Belgian Antwerp, which they had recently overrun.
Image 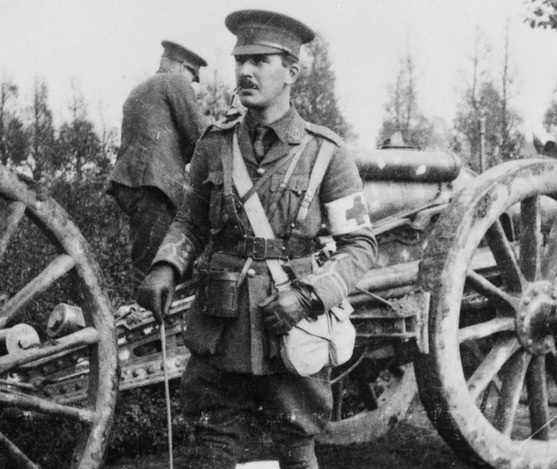 Text
2 of 4
Ypres had no particular value in itself, but it was the gateway to success for both sides. For the Germans it offered a way through to the Channel ports, and for the British the route to Menin, Roulers and the chance to cut German rail communications. German cavalry had briefly passed through the town, but then it remained unoccupied until the IV Corps under Rawlinson arrived, followed by Haig’s I Corps.
Image 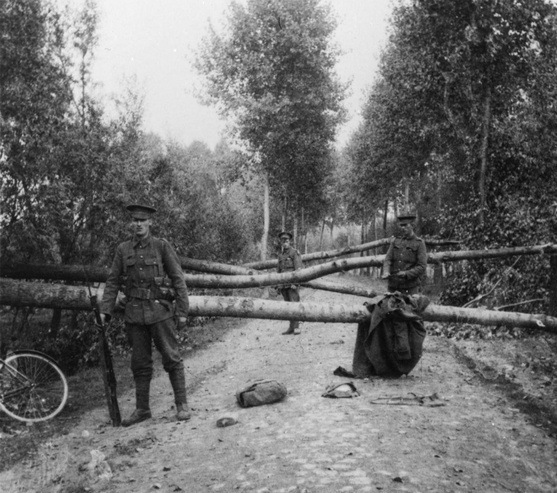 Text
3 of 4
With the creation of a III Corps under Major General Sir William Pulteney and the makeshift IV Corps under Lieutenant General Sir Henry Rawlinson, the BEF was now a sizeable force.
Image 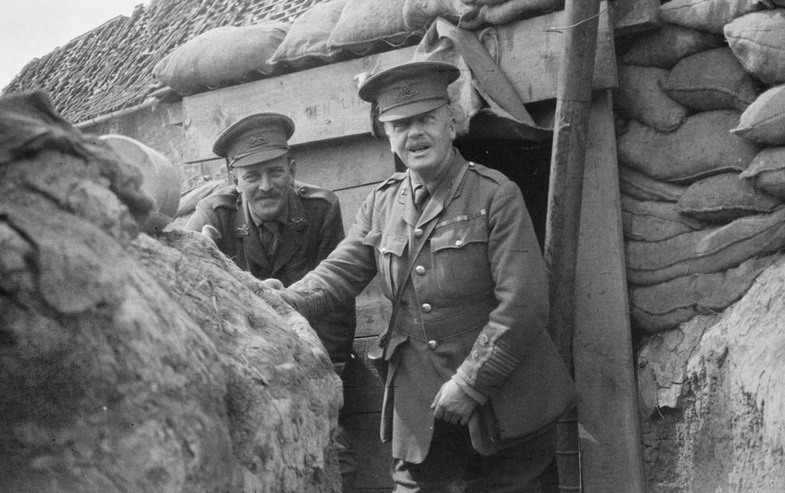 Text
4 of 4
At the outset of what would swell into the First Battle of Ypres, Sir John French still preserved hopes of mounting an attack that, in company with the French armies, would carry the Allies to the great industrial centre of Lille and thence to Brussels. His hope was shared by Foch, who now commanded the northern wing of the French armies and had convinced himself that the enemy could not find the strength to hold what he still believed was an open front on the coastal plain. Both deluded themselves.
Image 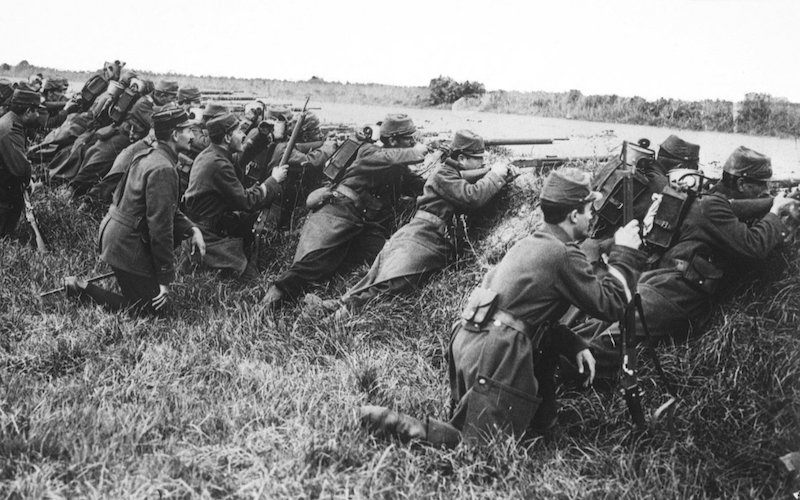 First Battle of the Marne

During the First Battle of the Marne the Entente forces obtained a decisive defensive victory against the German Army. By organizing a successful counter attack the Entente managed to stop the Germans' advance towards Paris and stabilize the front. 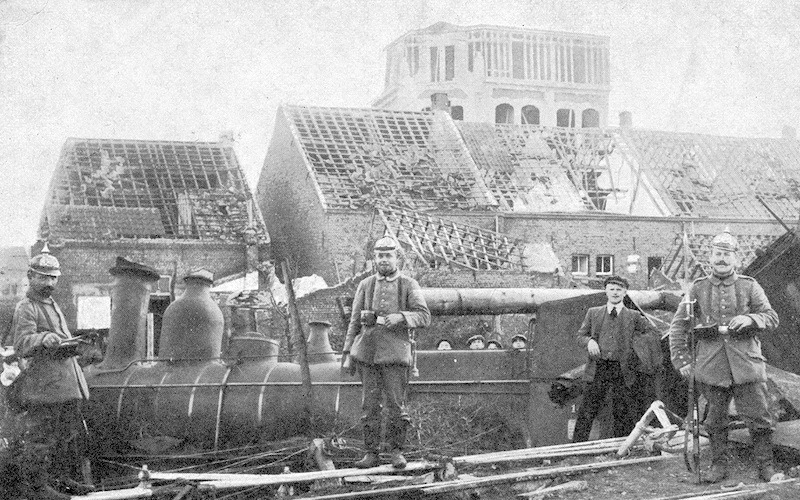 During the siege of Antwerp the Germans, with a small force, managed to capture the city of Antwerp and its surrounding garrison from the Belgian Army. After the siege the Belgians fell back to the Yser river.