Close
Yayoi culture was introduced by countless migrations from Korea and China. Some Jomon people were conquered and assimilated by the Yayoi, while others simply adapted to the new technology and way of life. Furthermore, Ainu people, a particular population of Jomon that originated from Siberia, refused to adapt and preserved their traditions in the north of Japan. Specialists cannot agree on the topic of the Japanese genetic and cultural origins because they have no clear evidence about the actual contribution of each population. What is certain is that the Yayoi period is notable for the apparition of agriculture and bronze and iron tools and weapons, with big villages and communities that eventually created towns, commercial centers and tribe’s federations. It was an age of constant warfare, but the farmers practiced ... a communitarian life. The first written record of Japan appears now, when the Chinese named the country as “Wa” and spoke about the legendary shaman queen Himiko and the slow rise of Shintoism.read more
Yayoi jidai is the age that follows the Late Jomon period. Jidai is the Japanese terminology for era. Yayoi is mainly characterised by the apparition of rice padding agriculture, tools and weapons of bronze and iron. Villages were bigger and we observe the rise of the first cities, markets and commercial centers. It was a hierarchical society, developing the first forms of mature, organized religion. Chinese sources first mention the existence of numerous kingdoms in the Japanese archipelago in 57 AD. The origins of the Yayoi and their contribution to the history of Japan are still debated today by Japanese, Korean and Chinese scientists. 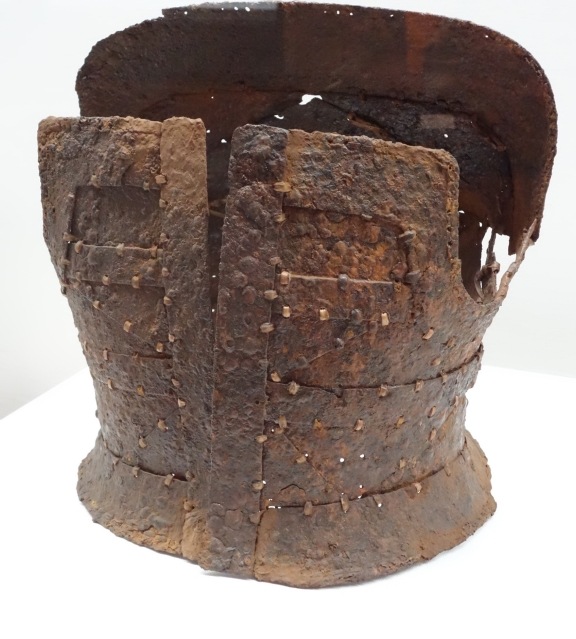 Text
1 of 7
For a long period of time, Yayoi culture was unknown to Japanese scientists. The name of the era is drawn from the region near Tokyo where the first artifacts of that period were discovered at the end of the nineteenth century. At first, the archaeologists didn’t know that the remains belonged to a different culture from Kofun and thought that the period of time was a transition from prehistoric Jomon to Iron Age Kofun.
Image 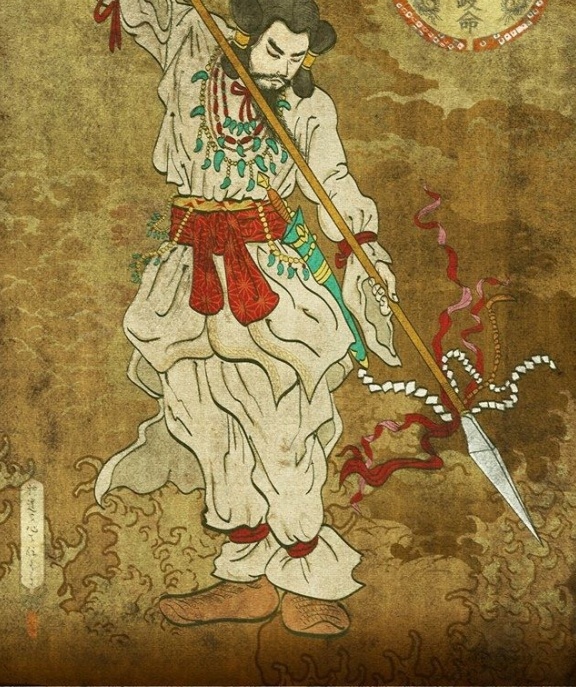 Text
2 of 7
Unlike the prehistoric Jomon, social distinction was based on heredity. From the top to the bottom, the chain of command was composed of kings that were the rulers of tribe federations, tribe leaders, shamans, warriors, farmers, artisans and slaves. The authority of kings and tribe leaders was based on both secular and religious forms of justification. They played the role of political commanders and intermediaries between this world and the world of the gods, being both warriors and shamans. Due to a constant state of total war, slaves captured from different tribes were plentiful.
Image 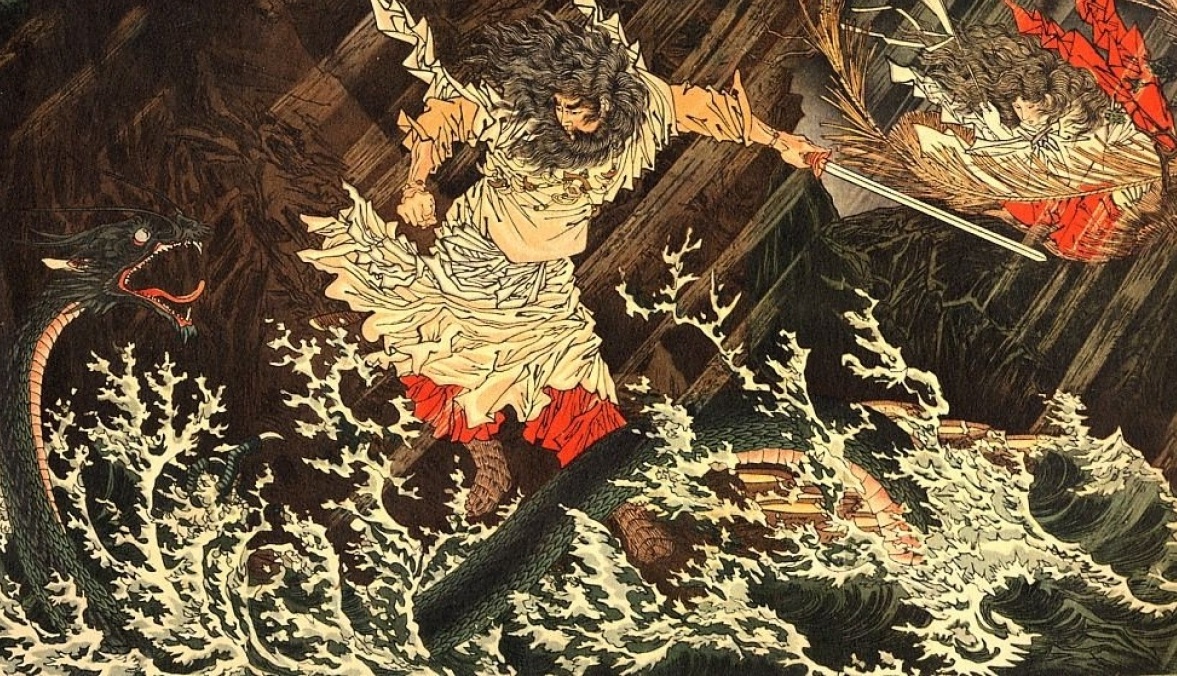 Text
3 of 7
Usually, a farming culture is a relatively peaceful one. Yayoi is an exception: it was a very violent society. Evolution in terms of political organization and weapons encouraged a low scale warfare. There were hundreds of tribes organized in federations that fought for supremacy using war, religious affiliation, trade benefits and early diplomacy. The vast majority of Yayoi sites that were discovered are located on higher ground than any other Jomon sites, somewhere between 600 and 1,000 meters altitude. They had basic defences like ditches filled with water around the village and a little tower for scouting.
Image 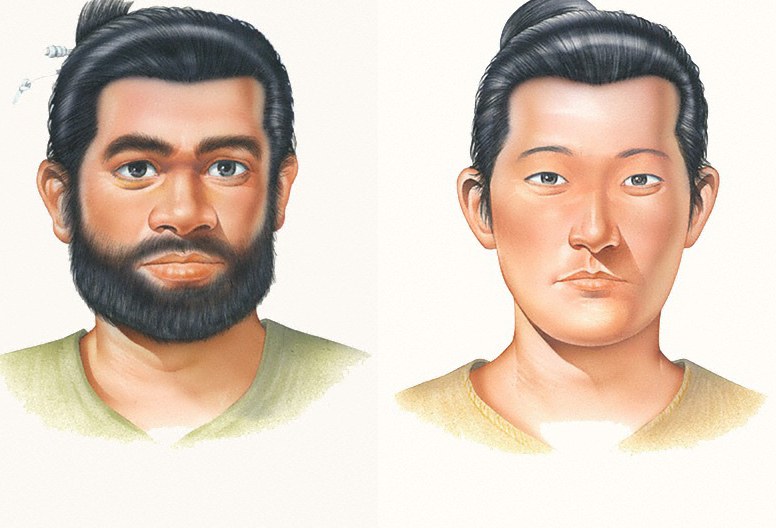 Text
4 of 7
The relations between the Yayoi and the Jomon are not clear. Some theorize that the Yayoi came to Japan in successive waves, conquering and killing the less evolved Jomon people that were still using stone weapons and living in small communities. Others say that in the Late Jomon period the population in Japan was very low so the Yayoi had a easy time replacing a culture on the verge of extinction. The third theory says that Jomon and Yayoi were relatively equal in numbers and they mixed together into a new culture. The immigration was limited. There are solid arguments and evidence for each of these theories.
Image 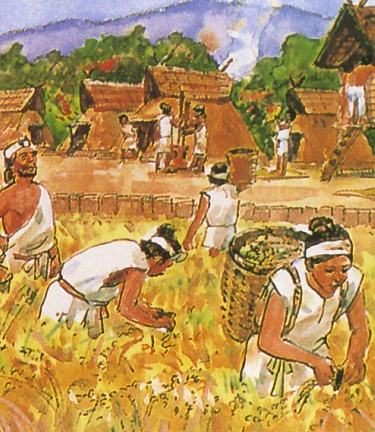 Text
5 of 7
Agriculture had a slow positive effect on population growth. In the Middle Jomon period, at the height of demographic expansion in prehistoric Japan, the population reached 300,000 souls. Due to climate change, Late Jomon population dropped to 100,000 inhabitants that were, however, better organized and had pretty advanced tools. Thanks to the food surplus brought by agriculture, Early Yayoi had a population of 600,000 people. At the end of the Yayoi jidai, there were almost two million people in Japan. Some historians even claim there were as many as four million inhabitants.
Image 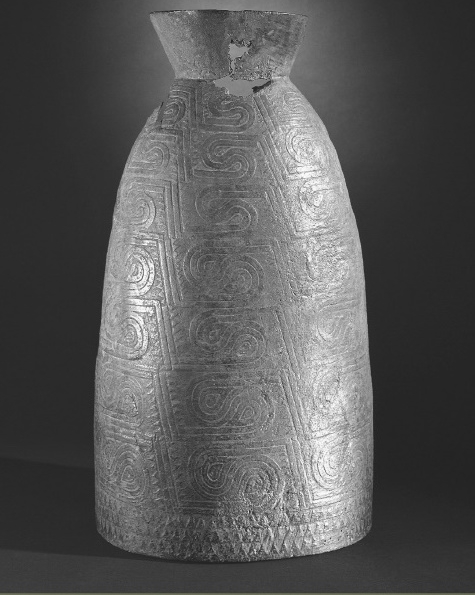 Text
6 of 7
Evidence indicates that, in spite of constant warfare and problems related to natural disasters, Yayoi was a very prosperous era. In this aspect, trade has the greatest merit. Bronze weapons, decorative bronze objects for royalty, iron tools for farming and building, pottery vessels, wood, fur, silk, rice, and fish, were all traded on a large scale between the four major islands of Japan. There were some mine ores for creating metals in Japan, but most of the bronze and iron was imported from Korea and China.
Image 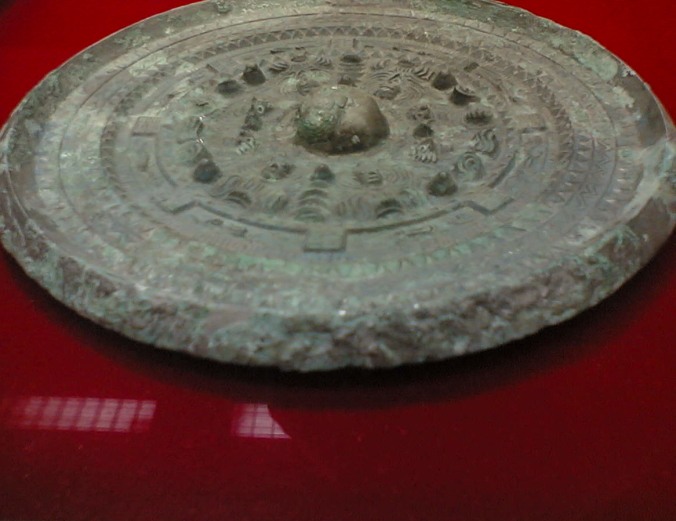 Text
7 of 7
Rulers used bronze symbols in order to strengthen their reign. Archaeological discoveries have shown that in southwestern Japan these symbols were bronze swords and mirrors. In the northeast, the symbols for power were huge bronze bells. Because the two objects found in the southwestern Kyushu area are also the ancient symbols for the imperial court of Japan, historians have speculated that this was the location of the first proto-Japanese kingdom of the Yamatai. This was also the place where Emperor Jimmu, first in his line, established his base in 660 BC. This idea is, however, still only a probability.
Image

There is a controversy among scientists concerning the moment prehistory ends and history begins. For classical theory, history starts when the first written language appears in the region. More modern approaches are not necessarily related to written records. Instead, the most important things are the practice of agriculture and trade on a large scale, the foundation of cities and towns and a hierarchical society. Because this is a problem related to the philosophy of history, Japanese and western scientists do not really agree on a clear demarcation and on clarifying the most relevant traits. 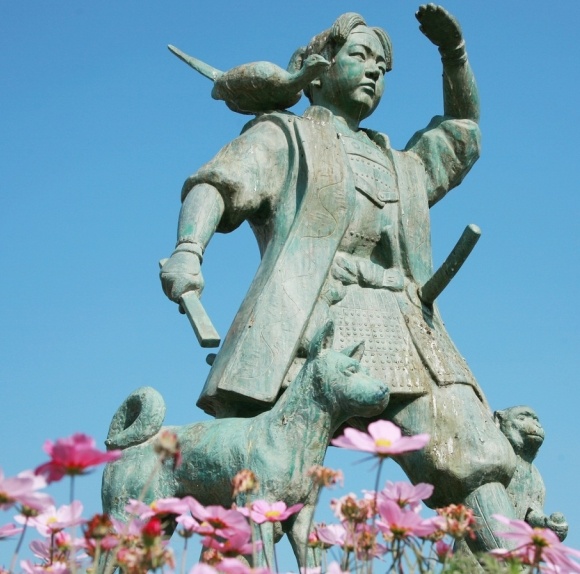 Text
1 of 2
Historians and archaeologists have to work together in order to understand the Yayoi period. From a historic perspective, there are the late Kojiki and Nihon shoki chronicles that describe Yayoi in a mythical manner. Furthermore, the Yayoi people had regular contacts with ancient Korea and China. These incipient international relations are described by contemporary Chinese chronicles like ‘Records of the Three Kingdoms’. At the same time, archaeological research is the main source of probating whether what was written can be backed up by material evidence.
Image 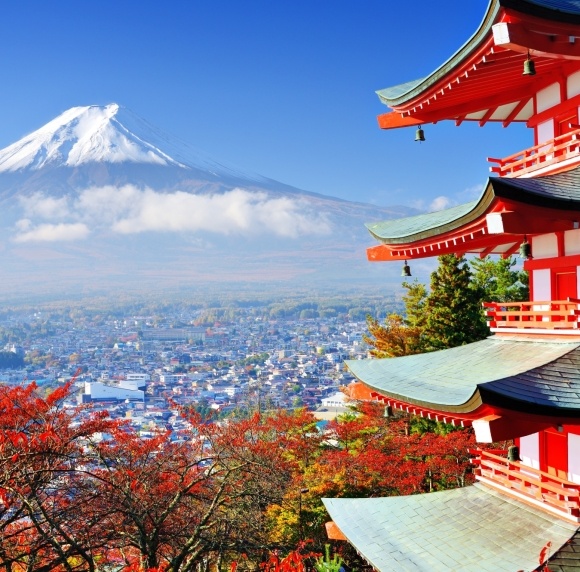 Text
2 of 2
Authors that favor archaeological data to the detriment of written records think that the Jomon, Yayoi and even Kofun ages belong to prehistory because a writing system was adopted very late in the Japanese archipelago, at the end of Kofun and at the start of the Asuka era. The ones that prefer a historical methodology consider that Yayoi and Kofun represent an Early Antiquity phase, while Asuka, Nara and Heian belong to Classical Antiquity. In their opinion, the Yayoi were too evolved in comparison with Jomon, even though they had no written language.
Image 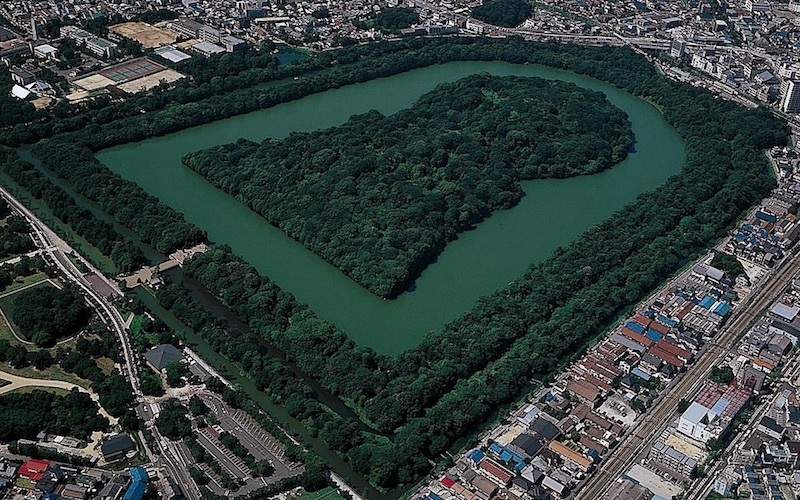 Kofun era is named after the great burial mounds which were tombs for the political elite. They are considered by many as the pyramids of Japan.