Close
During the campaign in Russian occupied Poland the Germans tried to conquer the province from the Russians. After a series of failed attacks in the summer and early autumn the Germans managed to capture the city of Łódź, a major Polish city. As winter came offensive operations were suspended until new defenses could be built and new plans made.
At the outbreak of the Great War, Polish territory was divided between Russia, Austria and the German Empires. Poles who did not want to live under Russian authority often fled to Galicia, which was under Austrian rule. War between these powers seemed the only way for the Poles to regain their independence. When the Germans invaded Russian Poland they defeated part of the Tsar's armies and captured a portion of Polish territory by the end of the year, including the city of Łódź. 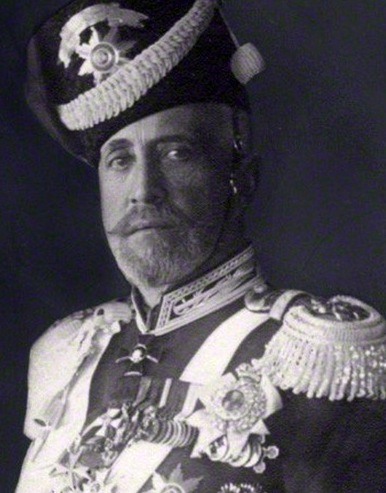 Text
1 of 5
Stavka knew that German forces were in Galicia, and Grand Duke Nicholas laid a trap, switching all but the Eighth and Third Armies to the German front. The Second and Fifth were sent north to the Vistula between Sandomierz and Warsaw, the First south from the Niemen to Warsaw, and the Tenth prepared a diversion on the Niemen. The Germans would be allowed to advance to the Vistula, then the First Army, plus most of the Second and Fifth, would attack their left flank south of Warsaw. The Germans did not discover the moves, assumed the Russians would attack the Austrians, and diverted three corps to meet the expected threat.
Image 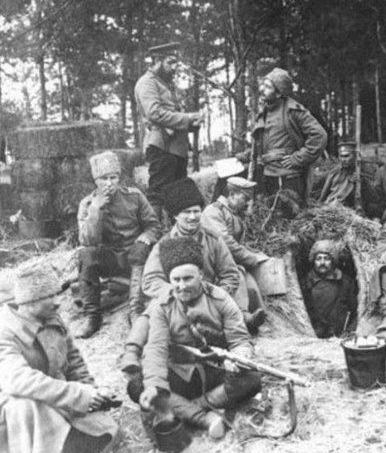 Text
2 of 5
The Russians had plans of their own. The Stavka wanted the bulk of the Russian force on the Eastern Front to disengage, concentrate around Warsaw and the great fortress of Ivangorod upstream on the Vistula, and then launch a concerted offensive towards Silesia, with the purpose of taking the war directly into Germany.
Image 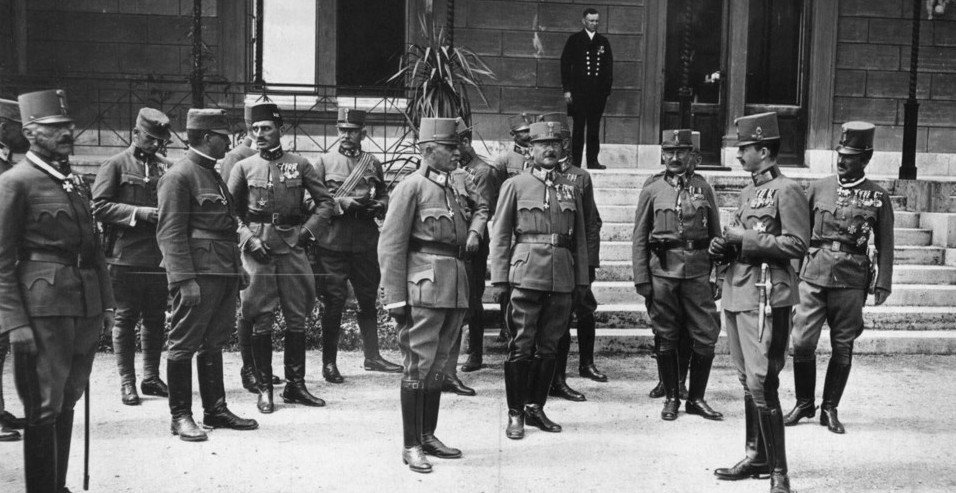 Text
3 of 5
The Austrian collapse on the Carpathian front precipitated one of the first great strategic crises of the war. The Hungarian half of the Austrian empire, beyond the mountain chain, was threatened with invasion – the Russian generals were even jauntily discussing among themselves the capture of Budapest, Hungary's capital. At the same time, the territory of heartland Germany suddenly lay under threat of a Russian drive into Silesia, towards the great cities of Breslau and Posen.
Image 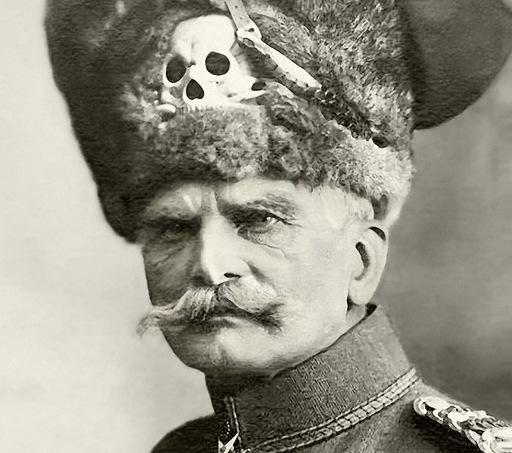 Text
4 of 5
By the end of October the Russians had outrun their supplies, and the Battle of the Vistula River ended. The Germans had lost all their initial gains, the Austrians rather more, and Przemyśl was again isolated. General August von Mackensen had evaded the Grand Duke's trap, but on the whole the Russians had had the better of it.
Image 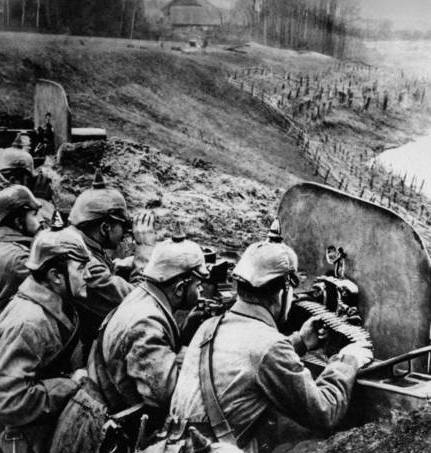 Text
5 of 5
The Battle of Łódź was hard fought and fraught with miscalculations on both sides. The Germans attacked, expecting an easy win, but the weather suddenly turned cold and snowy, favoring the far more numerous defenders. Nevertheless, General Scheffer's group advanced eastwards south of the city, threatening to encircle it and the Russian Second Army. However, the defenders forced it out. Scheffer's boldness, Russian lack of coordination and Paul von Rennenkampf's inactivity combined to save Scheffer's group.
Image

After Eastern Prussia and Galicia, the Germans had their own problems to contend with, namely that their Austrian allies had already suffered the loss of some 325,000 men, while having inflicted only around 225,000 losses on the Russians. Such an exchange rate was hardly a problem for the Russians, but it certainly was for the Austrians. Grudgingly, the Germans took action to bolster their faltering allies by swiftly creating a new Ninth Army in German Silesia to be commanded by the now much acclaimed Hindenburg-Ludendorff team. 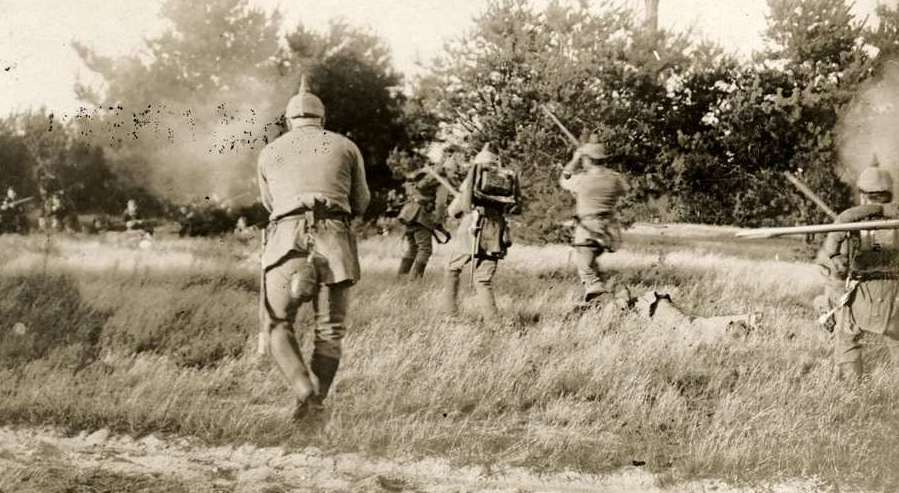 Text
1 of 2
Already, the phlegmatic Hindenburg had proved to be the ideal foil for Ludendorff, who, though brilliant, was prone to panic under pressure. On several occasions during the tense build-up to the Tannenberg encirclement, Hindenburg had exerted his calming influence on Ludendorff to prevent him from switching plans unnecessarily when faced with relatively trivial obstacles.
Image 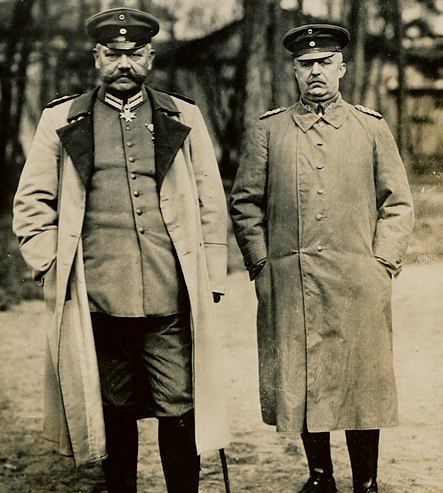 Text
2 of 2
By mid-September, the pattern of the war had been set up. The Russians had been defeated by the Germans; the Austro-Hungarians by the Russians. Thereafter, the Germans continually had to help their ally, and the Russians sought to reverse the verdict of Tannenberg.
Image 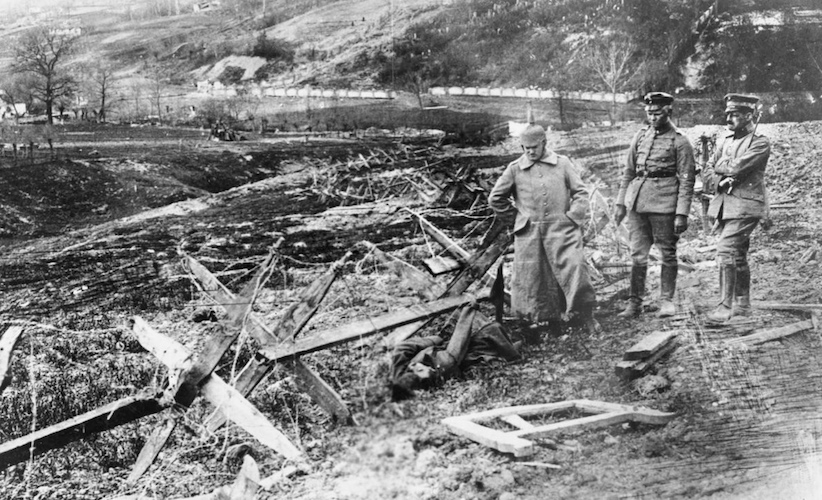 The First Winter on the Eastern Front

During the winter of 1915 a series of battles ensued on the Eastern Front of World War One. These battles had mixed results: while the Germans managed to inflict yet another defeat on the Russian Army at the Masurian Lakes the Austro-Hungarian offensive in the Carpathians was nothing short of a disaster with the Empire's armies suffering heavy casualties.