Close
During the winter of 1915 a series of battles ensued on the Eastern Front of World War One. These battles had mixed results: while the Germans managed to inflict yet another defeat on the Russian Army at the Masurian Lakes the Austro-Hungarian offensive in the Carpathians was nothing short of a disaster with the Empire's armies suffering heavy casualties.
The Eastern Front would move to center stage in 1915. Although the German Chief of Staff, General Erich von Falkenhayn, was convinced of the primacy of the Western Front, he had been pressured by forces within the German military and political hierarchy to amend his plans and send reinforcements to the east where the twin stars of Generals Hindenburg and Ludendorff were firmly in the ascendant. 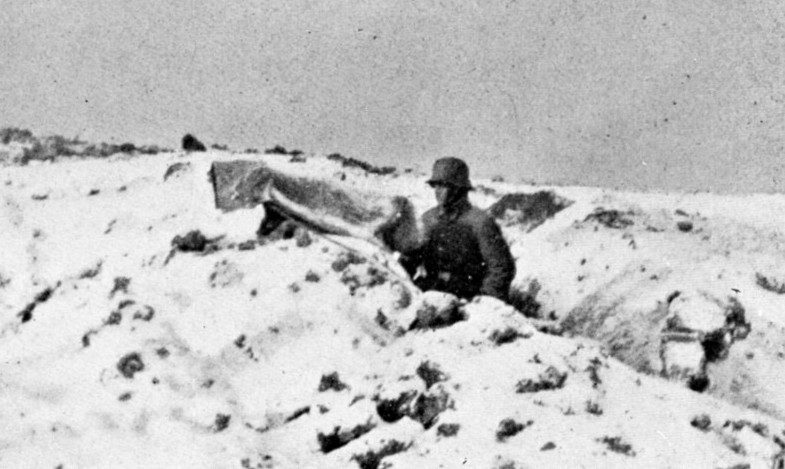 Text
1 of 4
The weather was atrocious, varying from blizzards to daytime thaws, freezing again at night, so that even though both sides' troops had winter clothing, casualties from frostbite far outnumbered those of battle.
Image 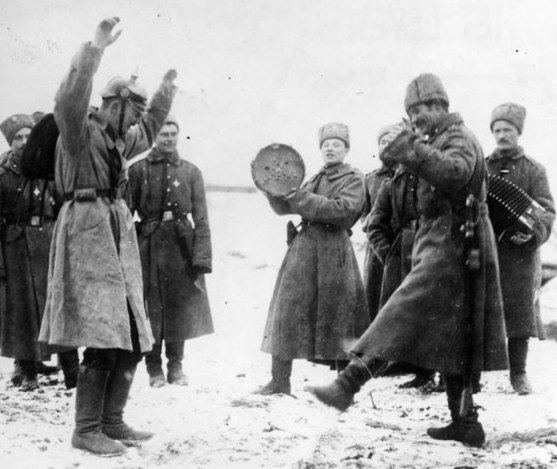 Text
2 of 4
The conditions favored the defence because closing the trap required the Germans to move faster than the Russians. Movement of any kind was difficult through snowdrifts and mud, fast movement was impossible, and bringing supplies from railheads took up to 12 horses per cartload. But here, too, superior German organization prevailed.
Image 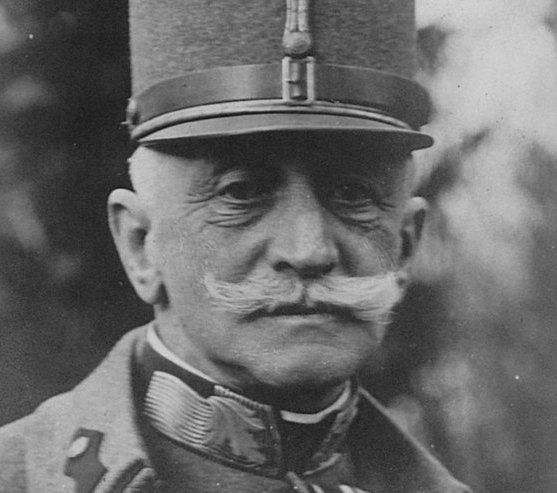 Text
3 of 4
Conrad von Hötzendorf, the Austrian Chief of Staff, began the offensive with the twin aims of relieving pressure on the surrounded Przemyśl garrison and of winning a success that might deter Italy, increasingly emboldened by Austrian setbacks, from entering the war on the Entente’s side. The terrain and the weather in the Carpathians inflicted setbacks and terrible suffering on Conrad's soldiers, who froze and starved amid the steep valleys and forests. The Russian formations, which included a corps of Finns, perhaps the hardiest soldiers in Europe, were less affected.
Image 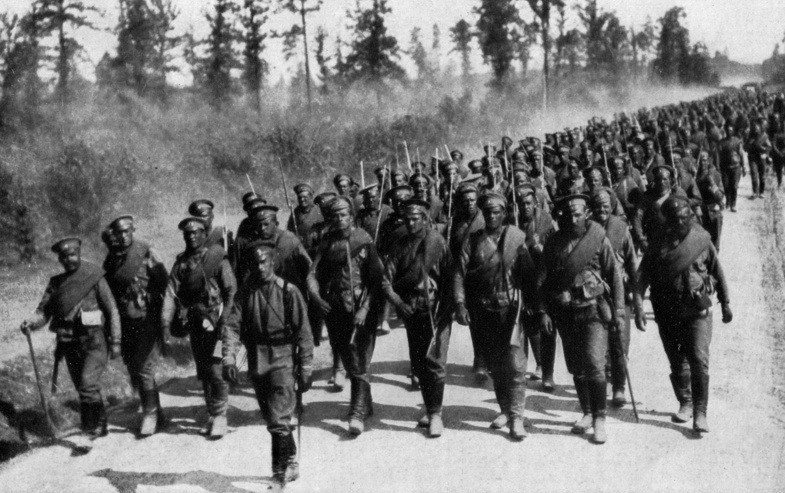 Text
4 of 4
By the beginning of April, the Russians dominated the Carpathian front and, despite losses throughout their army totalling nearly two million since the war's outbreak, they were again contemplating a breakthrough over the crests to the Hungarian plains, with decisive results for the whole eastern campaign, as soon as better weather came. The Austrians were at their last gasp. Without massive German help, whatever price would be paid for that by way of political dependency and national prestige, the Empire faced a culminating crisis.
Image

The Eastern Front had been frozen during the depths of winter and, although the fighting had slowed in pace, the minds of the staff officers were racing as they planned their next moves. Ludendorff, working in cooperation with the Austrian Chief of Staff, General Franz Conrad von Hötzendorf, agreed a program for offensives by the Austrians in Galicia and the Germans in East Prussia. These were planned to take place almost simultaneously in order to maximize their impact, and had the ambitious overall intention of forcing the Russians to evacuate central Poland or run the risk of being cut off.

Text
1 of 7
The Germans had reorganized their forces and managed to construct a new Tenth Army in East Prussia, capitalizing on the divisions so grudgingly extracted from Falkenhayn. Germany had formed four new army corps, and Ludendorff wanted them for the eastern front. Falkenhayn had failed to supply victory in France, and politicians felt that his policies should be abandoned. Conrad made out, early in January, that his Carpathian position was going wrong, so Ludendorff offered him some troops. Conrad then announced that he would use these for an offensive. Falkenhayn could do nothing against this, since the movement of reserves in the east was a matter for Ludendorff.
Image 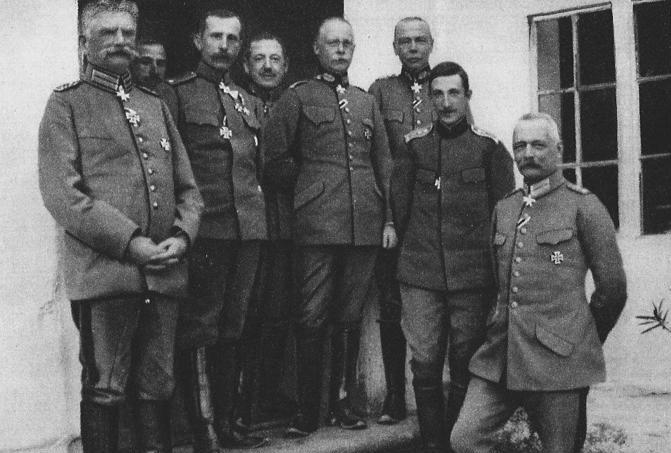 Text
2 of 7
On New Year’s Day, Falkenhayn met Conrad and Ludendorff in Berlin. A week later, under pressure from the Kaiser and Chancellor Bethmann Hollweg, he reluctantly agreed to send a few Eastern Front divisions to support Austria-Hungary in the Carpathians. He went to Hindenburg's headquarters at Posen (Poznan) to discuss his plans. He agreed to give Hindenburg three newly raised corps that he would rather have sent west, and one transferred from the west because it was raised mostly in Lorraine, and not thought reliable for fighting the French.
Image 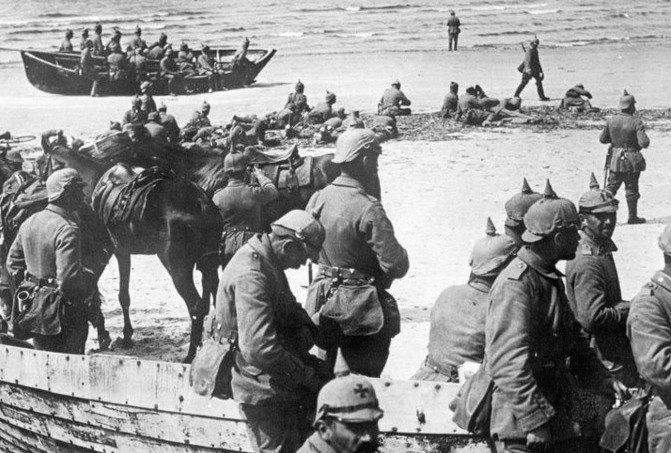 Text
3 of 7
Three of the new German corps would form a new Tenth Army, take over the northern part of the front, from Gumbinnen to the Niemen river, and form the northern jaw of a pincer aimed at encircling the Russian Tenth Army. The Eighth Army, reinforced by the fourth new corps, would form the southern jaw of what was hoped would be a second Tannenberg.
Image

Text
4 of 7
The plan was to attack in the lower Beskid range, where the German formations were to break through and then wheel outwards in both directions, assisted by Austrian divisions on the flanks. Conditions did not favor success. The Beskids rise to 8,000 feet, had few roads at that time and are covered by deep snow in winter. The Germans, moreover, were ill-equipped for mountain operations.
Image 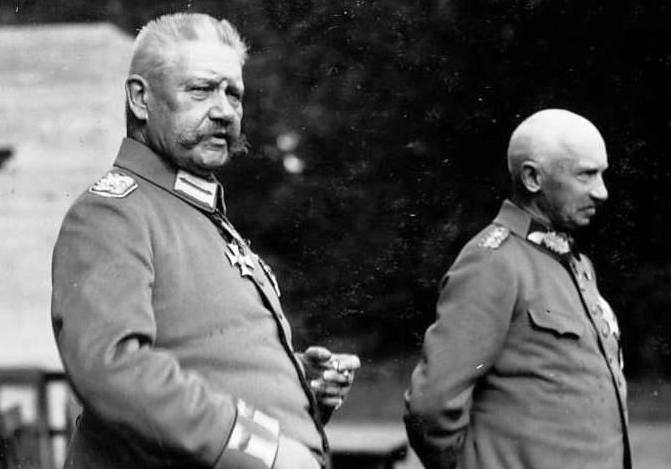 Text
5 of 7
There was more to the German plan, however, than a hope of local success. It had two larger objects. The first was an encirclement of the Russian Tenth Army between Masuria and the forest of Augustow, the last of Europe's primeval wildernesses; the second was a wider encirclement of the whole Russian position in Poland, in concert with the Austrians' offensive in the Carpathians. Falkenhayn had wanted neither operation, since both required reinforcements he preferred to husband for his continued effort in the west, but he was overborne by Hindenburg who, though his subordinate, enjoyed direct access to the Kaiser since his Tannenberg triumph.
Image 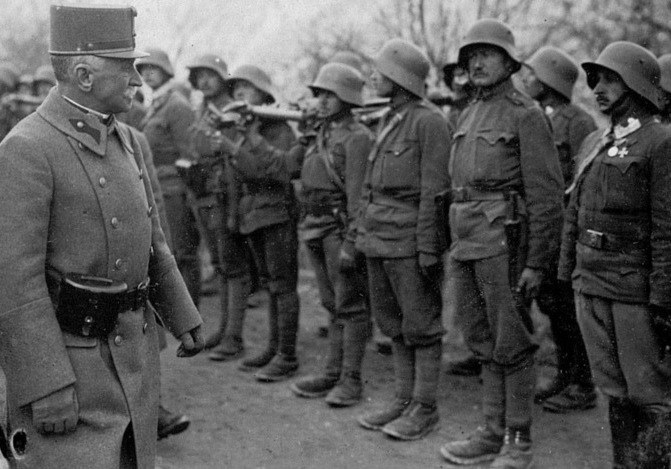 Text
6 of 7
Conrad’s Carpathian offensive did not make much sense on its own; it would have to be supported by a parallel offensive, taking the other Russian flank in East Prussia. Yet that could not be staged without the four new corps. Falkenhayn gave way, his internal position being too unstable for much resistance to be made. In this way, the Central Powers were to be engaged in two offensives, for which they did not have the required strength.
Image

Text
7 of 7
Conrad planned to use the German troops — joined with an equal number of Austrians — in the middle Carpathians, with Austro-Hungarian armies to the left and right, to re-take Przemyśl.
Image 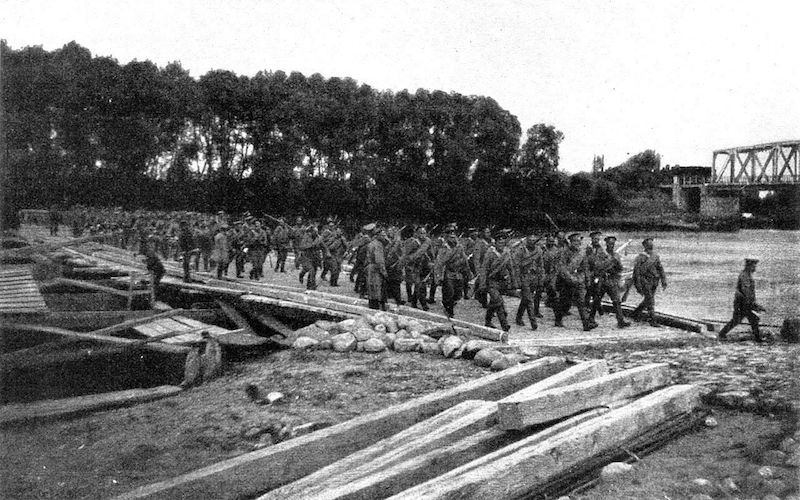 During the campaign in Russian occupied Poland the Germans tried to conquer the province from the Russians.