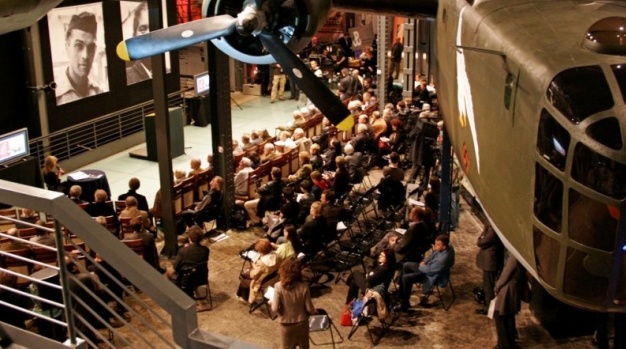 Text
1 of 7
The Poles fought for 63 days in Warsaw with no outside support. This was the largest operation launched by any resistance movement in Europe during World War II. The Uprising was crushed with maximum ferocity by the SS, in scenes that can be seen in powerful contemporary film footage at the Uprising Museum in Warsaw today.
Image 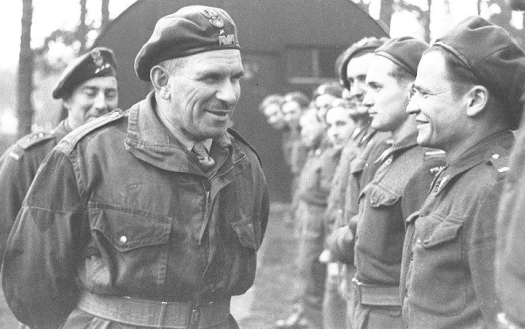 Text
2 of 7
The British government had made it clear to the Poles that they could neither fly in the Polish Parachute Brigade nor carry out extensive air operations at enormous distance from British bases, right in front of the Red Army.
Image 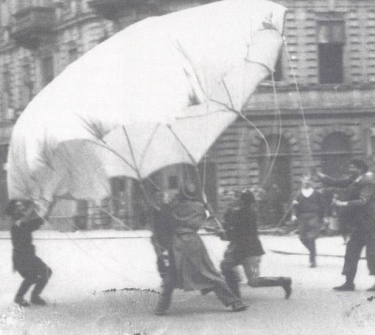 Text
3 of 7
For weeks, the Soviet Union refused either to send aid itself or to facilitate the sending of aid by the British and American air forces. The latter did send some supplies by air drops from Britain and Italy, but these operations were very costly, strongly objected to by the air force commanders, and in any case more effective for morale than supply purposes since a high proportion of the supplies fell into German hands.
Image 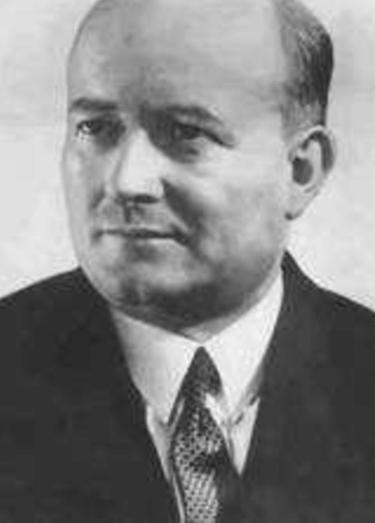 Text
4 of 7
Before the uprising the Polish prime minister, Stanisław Mikołajczyk, made a broadcast to Poland stating: ‘We should have preferred to meet the Soviet troops not merely as allies of our allies, fighting against the common enemy, but as our own allies as well.’ The omens were not good. The Soviet response to Mikołajczyk’s speech appeared in the Soviet Monitor and reiterated the Soviet claim for a revision of Poland’s eastern frontier.
Image 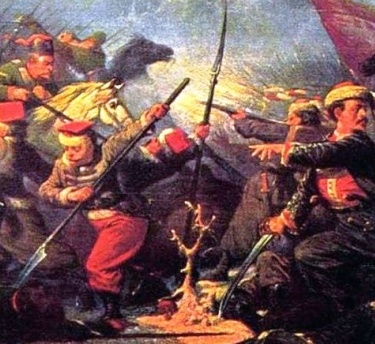 Text
5 of 7
Poland had a long tradition of uprisings against occupying powers, most notably in 1863 against the Russians. Thus it is not surprising that such a concept, an uprising against the Germans, should form a central plank in the strategy of the Polish Government.
Image 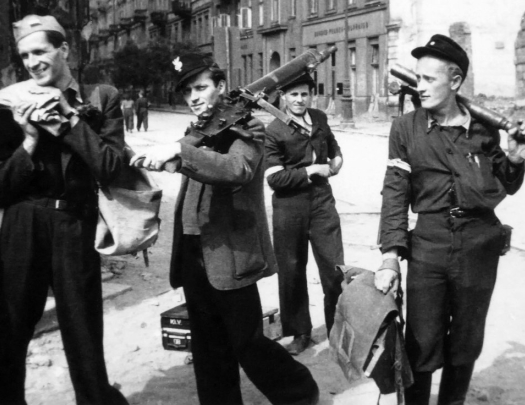 Text
6 of 7
Plan Burza concentrated the efforts of the Polish Home Army units (Armia Krajowa, known as the AK) in eastern Poland and severely hampered German efforts to supply the eastern front. Supply and troop transports were routinely damaged or destroyed. The main route from German-controlled industrial centers in Germany and occupied Europe to the Russian front went directly through Poland. Plan Burza also called for large-scale direct combat against German units and the liberation of Polish cities by the AK.
Image 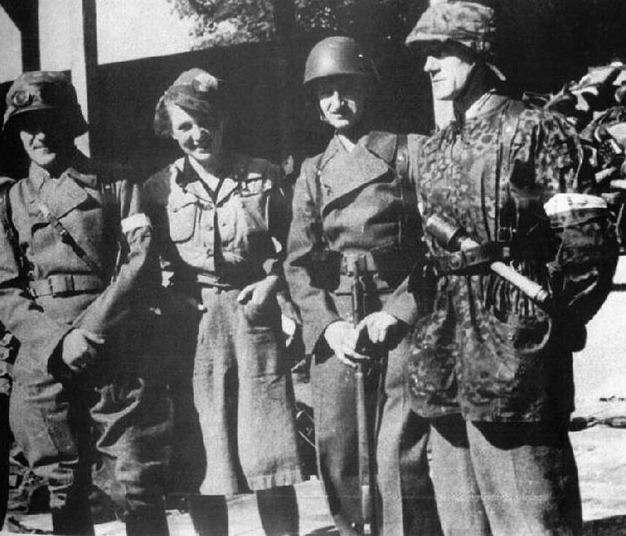 Text
7 of 7
With the exception of relatively few supply airdrops, the AK and civilians had no support in their campaign against German forces. They managed to fight off several German Panzer divisions, regular Wehrmacht units and German police supported by the Luftwaffe, heavy artillery, field artillery, and hundreds of armored vehicles as well as a small number of Panther and Tiger tanks.
Image

Following the launch of Operation Barbarossa, the Polish Home Army, the AK, was forced into an unenviable situation. Those in the Soviet sector of occupied Poland were no better off than those on the German side. AK operatives were routinely arrested, imprisoned and deported by the NKVD. The initial success of the German attack on the Soviet Union did at least unify the AK, focusing the fight on a common enemy, but the consolidation was bittersweet. The eastern AK was tasked by the western Allies through the Polish government in London with essentially supporting the Soviets, who only days earlier had been their enemy. 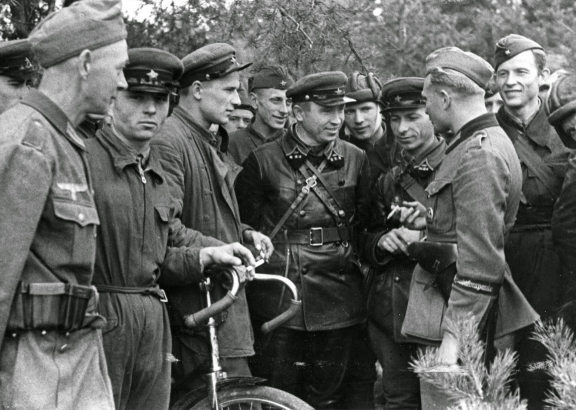 Text
1 of 4
The overwhelming force and speed of the German attack left scattered Red Army units without support behind German lines. In some cases the Soviet soldiers took refuge with the Polish population and formed their own partisan groups, which worked alongside the Polish underground. Sadly however, many Red Army groups ignored the opportunity to find support among the Poles, and chose instead to further terrorize Polish civilians, looting and burning villages and in some cases worse. Untold numbers of Polish women and young girls were brutally raped and beaten.
Image 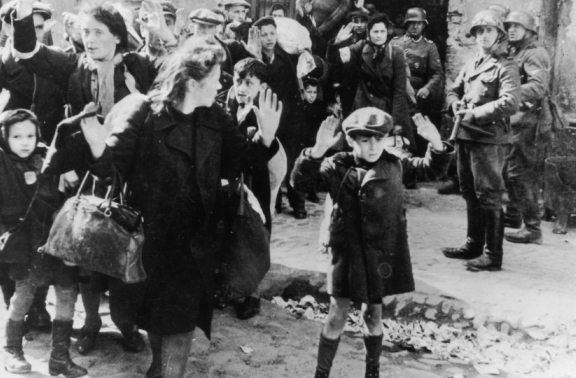 Text
2 of 4
The AK command was ordered to intensify the sabotage campaign against the German Army in Poland. Operation Fan, a large-scale, widespread AK demolition offensive, was conducted from late 1941 through to 1943. Operation Fan spread out in five ‘fingers’ into different districts of eastern Poland, fanning out over a wide area of what was then German-held territory. During the two-and-a-half-year period, AK ‘forest partisan’ units and Cichociemni operatives escalated the destruction of troop and supply transports, railroads and communications systems.
Image 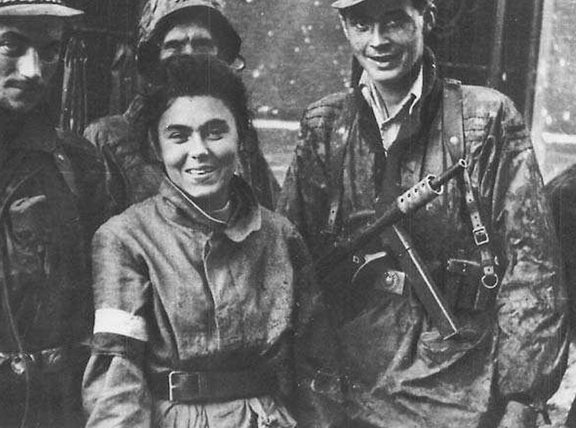 Text
3 of 4
Although during the occupation young people from all over Poland were recruited into the underground and trained in various duties, many of the AK units in the field were highly-trained professional soldiers who had remained in the field following the 1939 defeat. So, while they were outnumbered and outgunned, they were not a ragged, loosely-knit group of peasants wandering through the forests, but motivated fighting men with a strict military discipline and a chain of command headed by the London government, and supplied by Allied air drops.
Image 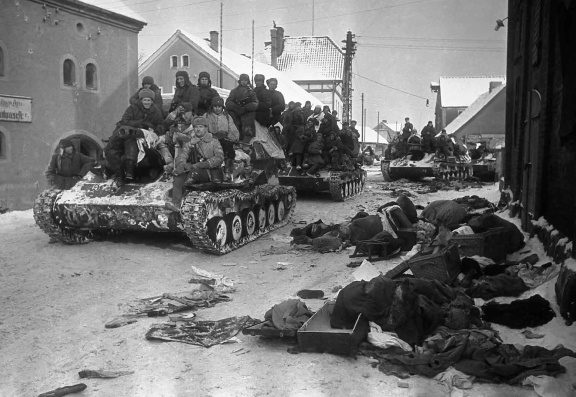 Text
4 of 4
As the Soviet offensive against Germany gained momentum and the Soviets began their push to the west in 1944, it became clear that the Soviets would reach Poland before the western Allies. The Kremlin had no diplomatic relations with the Polish London government. In hope of gaining some degree of formal recognition by the West and the Soviets, playing a role in the liberation of their own country, and legitimizing the AK in the eyes of the West, Operation Burza was launched by the Polish AK.
Image 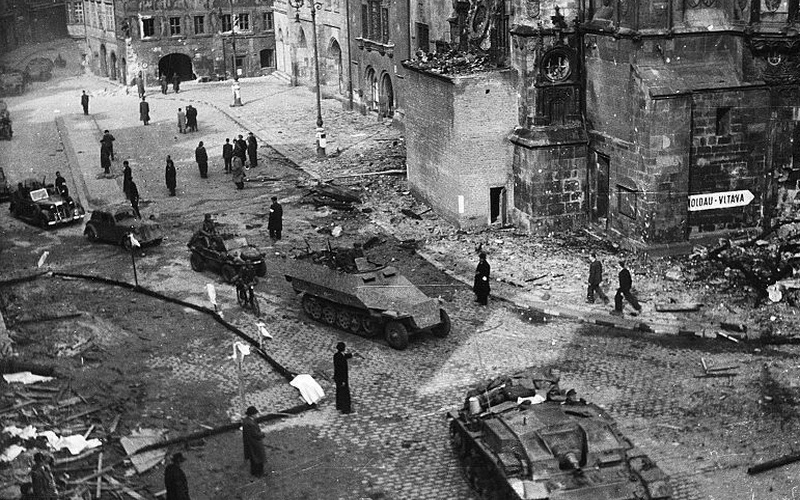 The Warsaw Uprising was organized by the Home Army, the armed side of the Polish Resistance movement. The uprising was timed to coincide with the withdrawal of German forces from Poland. During the uprising the Soviet Red Army stopped its advance short of the city, enabling the Germans to regroup and defeat the Polish uprising. The fighting lasted for 63 days, and it was the largest military effort undertaken by any resistance movement...