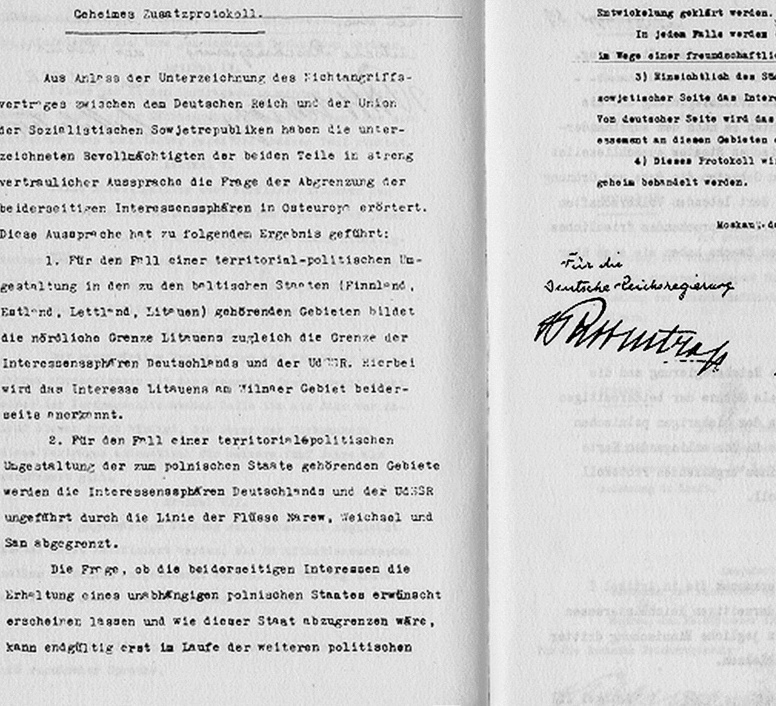 Text
1 of 7
In the two years of war leading up to the invasion, Germany and the Soviet Union had signed political and economic agreements for strategic purposes. One of these was the Ribbentrop-Molotov Pact of nonaggression. However, Hitler broke these alliances, attacking the Soviet Union mainly for ideological reasons. Another goal was to capture the vast oil reserves in the Caucasus area, which Germany needed to fuel the war.
Image

Text
2 of 7
During the invasion, Germany gained impressive victories on the front. It managed to capture a large part of the territory and economic infrastructure of the USSR. However, due to the arrival of winter, the German Wehrmacht halted its offensive close to Moscow. The Soviet counter-offensive pushed the Germans back and forced them into a war of attrition, which they were not prepared for.
Image 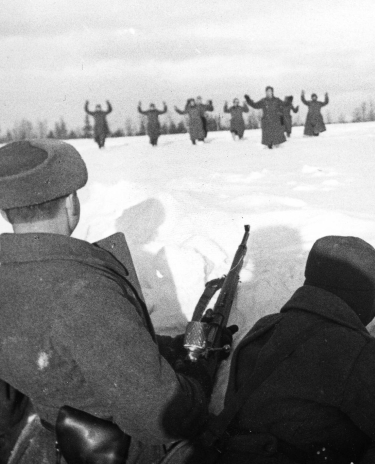 Text
3 of 7
The German failure to capture Moscow proved to be a turning point in the economy of the war. Although the Germans launched new offensives in the following years, they were no longer capable of attacking simultaneously on the whole of the front they had created in the Soviet Union.
Image 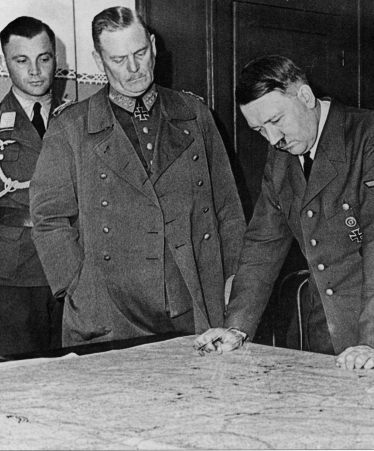 Text
4 of 7
The fact that he attacked the Soviet Union without first defeating Great Britain was Hitler’s greatest mistake of the war. Besides underestimating Russia’s ability to take the ‘punishment’ meted out, one of the reasons Hitler acted in this way was his acute consciousness of the fact that he was mortal. ‘I know I shall never reach the ripe old age of the ordinary citizen,’ he confessed to his close circle one evening, explaining why he didn’t spend his life ‘smoking and drinking my time away’.
Image 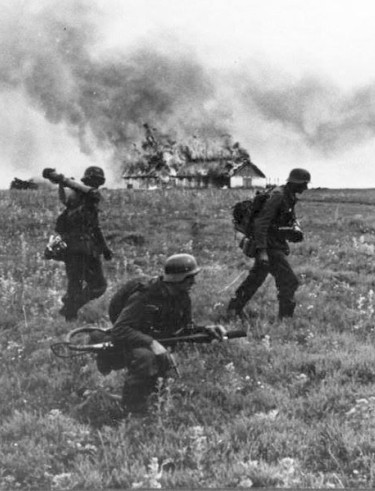 Text
5 of 7
Hitler was also motivated to invade Russia by each of the three main strands of his political credo. As the British historian Ian Kershaw notes, the Führer had ‘a small number of basic, unchanging ideas that provided his inner driving-force’. Hitler’s worldview was based on Germany’s need to dominate Europe, to win the Lebensraum for itself and to reach a final confrontation with the Jews. Each of these three tenets could be brought to fruition by an invasion of Russia. However, neither of them could be achieved without the fulfilment of the other two.
Image 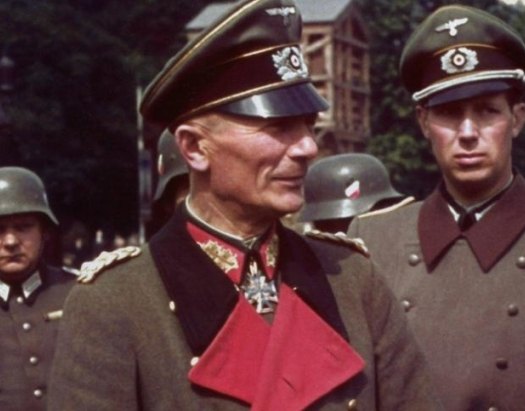 Text
6 of 7
Fedor von Bock was summoned to the Führer, ‘who received me very warmly’. According to Bock’s war journal, Hitler told him that: ‘The gentlemen in England are not stupid; they just act that way,’ adding that ‘they will come to realize that a continuation of the war will be pointless for them if Russia too is now beaten and humiliated.’ After Bock asked ‘whether it would be possible to force the Russians to make peace’, Hitler replied that, ‘if the occupation of the Ukraine and the fall of Leningrad and Moscow did not bring about peace, then we would just have to carry on, at least with mobile forces, and advance to Yekaterinburg.’
Image 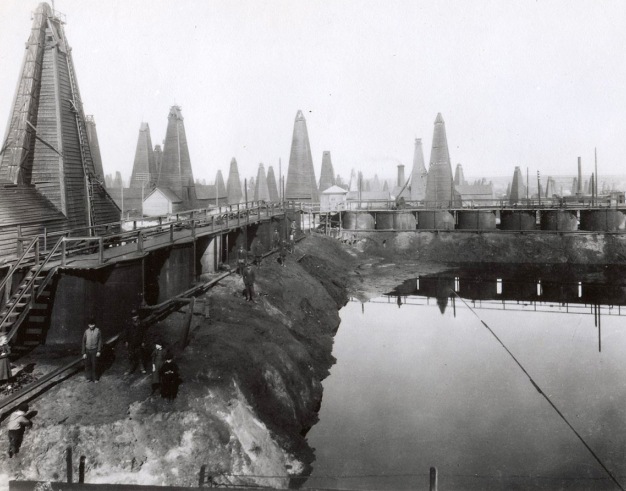 Text
7 of 7
Hitler believed that the huge labor force deficit in Germany could be ended by a combination of slave-like exploitation and the demobilization of soldiers after the victory over Russia. Also, control of the Baku oilfields would meet Germany’s ever-greater need for petrol for tanks, trucks, battle planes and warships. Ukrainian agriculture would feed the Reich.
Image

A great disadvantage was the fact that the invasion only began on the 22nd of June. From that point on, the days were getting shorter. In the Russian campaign, time would become an essential factor in trying to cover the huge distances within the country, before the muddy Russian autumn and the winter snow forced the Germans to halt the invasion. Initially, it had been planned for the 15th of May. Once General Franz Halder assured him that the transport would be ready, Hitler chose the date of the 22nd of June for the commencement of the attack. 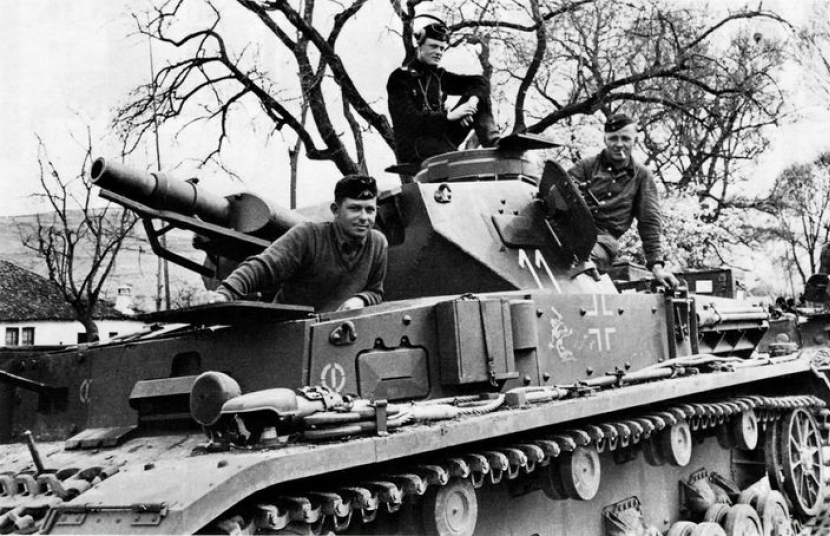 Text
1 of 1
The re-equipping of the tanks, which had suffered too much wear and tear on the bad roads from the Balkans, took time. In a certain sense, even the speed with which Greece was defeated led to the delay of Operation Barbarossa. Even though Hitler would blame his defeat on the change of date, his biographer, Ian Kershaw, described this pretension as ‘simplistic in the extreme’. It was too wet to be able to begin the invasion earlier, with heavy tanks and trucks going over basic roads.
Image 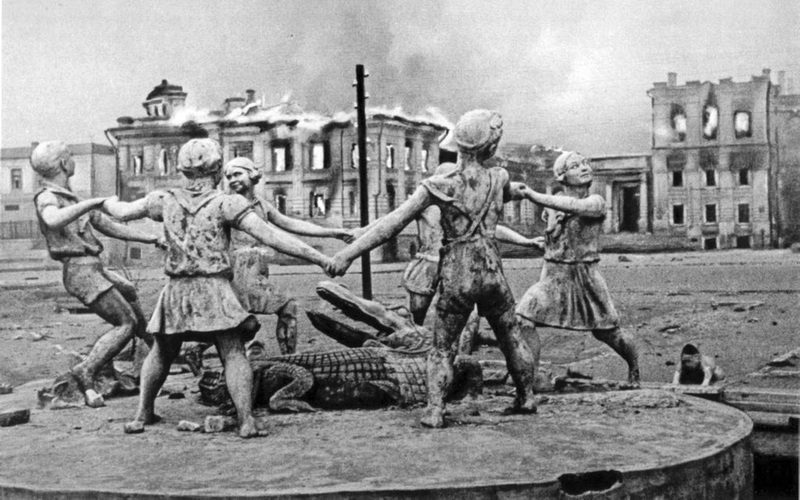 The Battle of Stalingrad, modern-day Volgograd, took place between the Soviet Union and the Axis forces. The battle is often cited as one of the turning points of the war. 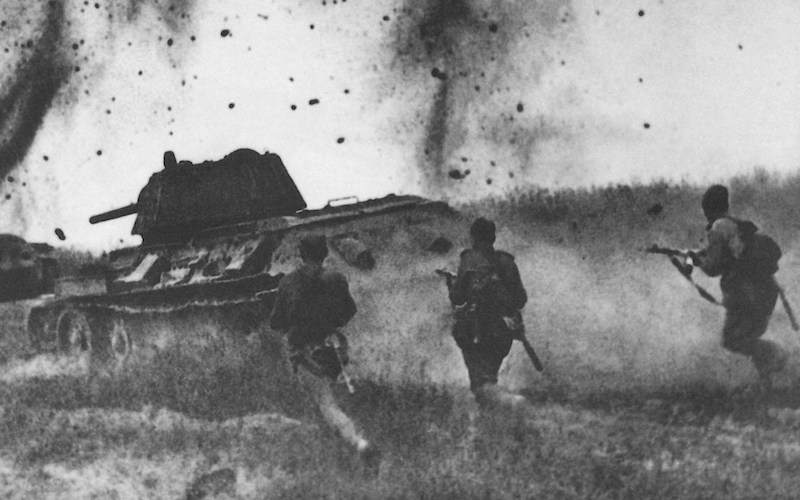 The Battle of Kursk, codenamed Operation Zitadelle - Citadelle - was the last great Blitzkrieg offensive on the eastern front. To this day, the battle remains the greatest tank conflict in the history of mankind.