Close
Germany’s motives for invading the two countries were numerous. Firstly, German industry was dependant on the import of iron ore from Sweden. This ore was sent via the Norwegian port of Narvik. Control of the Norwegian coastline could allow the Allies to implement an efficient blockade of Germany. This blockade could create strategic difficulties for the German forces. The occupation of Norway allowed Germany to control the nearby seas and to organise future operations by German submarines against the United Kingdom.
Operation Weserübung was the codename for the German plan to invade Norway and Denmark. 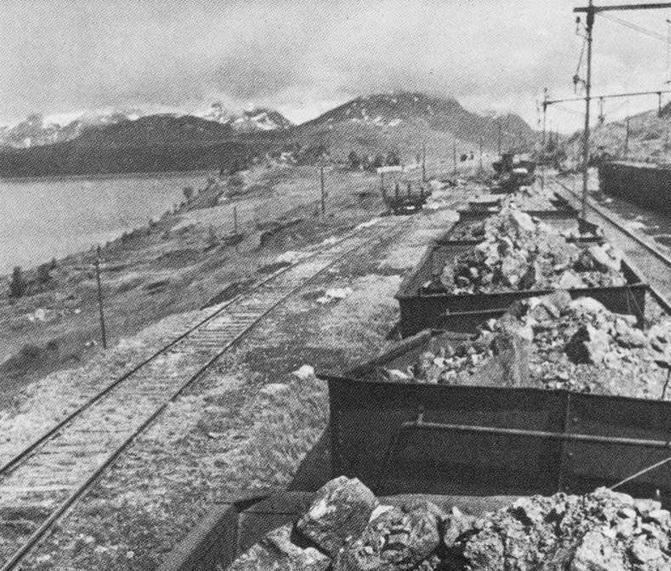 Text
1 of 2
Germany’s motives for invading the two countries were numerous. Firstly, German industry was dependant on the import of iron ore from Sweden. This ore was sent via the Norwegian port of Narvik.
Image 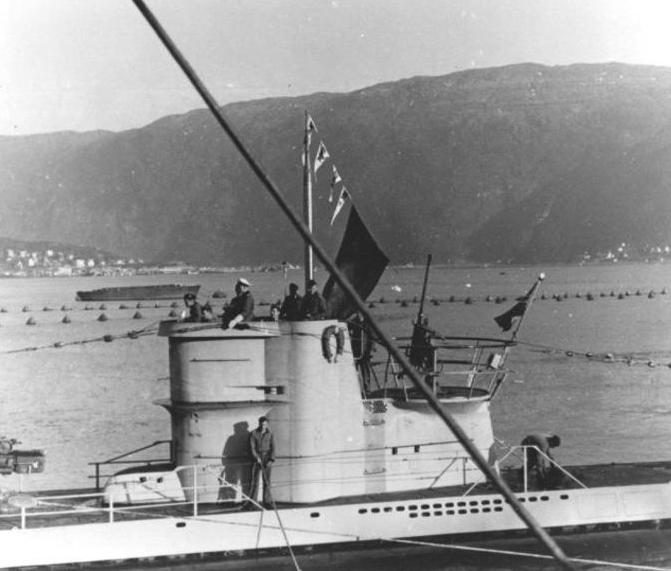 Text
2 of 2
Control of the Norwegian coastline could allow the Allies to implement an efficient blockade of Germany. This blockade could create strategic difficulties for the German forces. The occupation of Norway allowed Germany to control the nearby seas and to organise future operations by German submarines against the United Kingdom.
Image

The six-month break between the land-based conflict in the Polish campaign and Hitler’s sudden invasion of Denmark and Norway is known as the Phoney War. In the west, few events took place on the land or in the air in this period. Thus, public opinion in Great Britain and France was manipulated into believing that, for them, the war was not actually an issue of life and death. 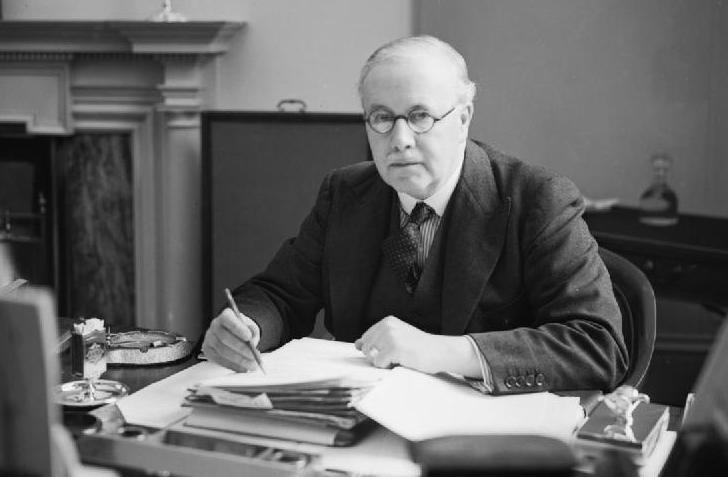 Text
1 of 6
In that period, nothing seemed ‘phoney’ concerning the war on the seas. Sir Kingsley Wood, minister of the British Air Forces, let out the thoughtless remark that the RAF shouldn’t bomb the ammunitions deposits in the Black Forest, because they were on private property. On the sea, however, no such absurdities were heard. Submarine captains received an apparently unimportant signal about preparations for a reunion for submarine captains. In fact, it was a coded order for each to occupy their positions around the British Isles.
Image 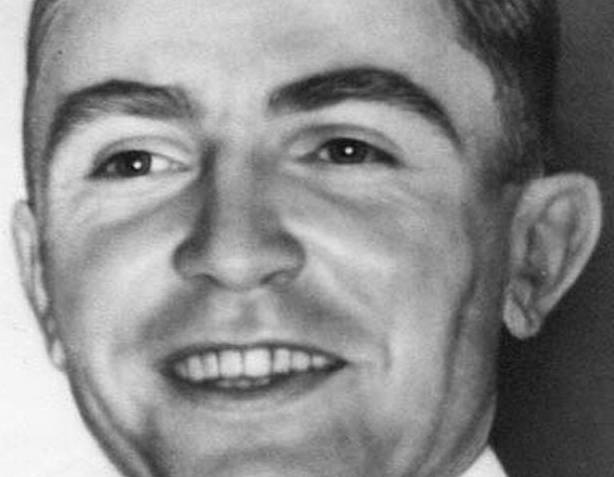 Text
2 of 6
The Kriegsmarine dealt another blow to the British when the U-47 submarine managed to pass through an approx. 15-meter long breach in the defenses of Scapa Flow. The submarine, commanded by Lieutenant-Commander Günther Prien, launched seven torpedoes towards the 29,000 ton battleship HMS Royal Oak. Three torpedoes hit their mark, sinking the ship and killing 810 people from a crew of 1,224 in only 13 minutes.
Image 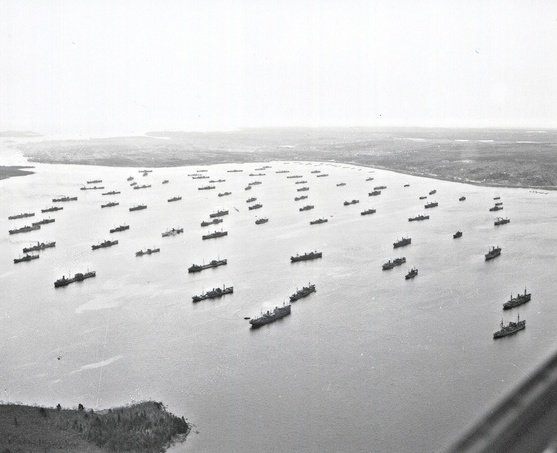 Text
3 of 6
The first convoy of the hundreds which would cross the Atlantic left Halifax and Nova Scotia. The British had learned from the unhappy lessons of the Great War. They scrupulously used the convoy system, even for ships circulating along the coast, between Glasgow and the Thames. The destroyers, frigates and corvettes used a sonar system called ASDIC - Allied Submarine Detection Investigation Committee - to spot submarines. At the same time, the commercial convoys sailed together, forming a protective cordon.
Image 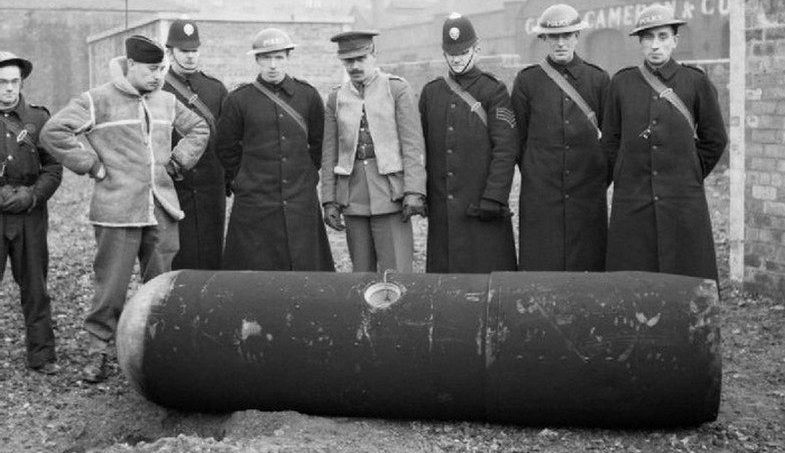 Text
4 of 6
One of the missions of the German submarines was to place magnetic mines in the maritime corridors around the British Isles. By November, these had sunk 29 British ships, including the destroyer HMS Gipsy. They also took the new battleship, HMS Belfast, out of action for three years. Due to the courage of bomb defusal experts Lieutenant-Commanders R.C. Lewis and J.G.D. Ouvry, the secrets of the German mines were discovered. These men removed the two mine detonators found in the Thames estuary.
Image 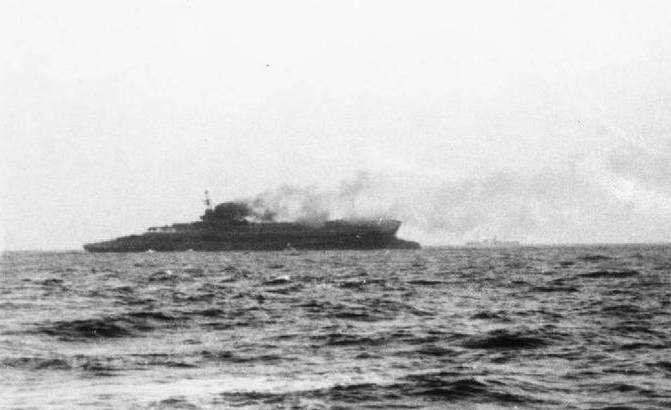 Text
5 of 6
The Royal Navy began the war with only five aircraft carriers, then the veteran HMS Courageous was sunk in the Atlantic area. The ship was swallowed by the waves off the Hebrides Islands in less than 15 minutes. Only half the crew of 1,000 men was saved. Some of the British sailors were saved after an hour spent in the cold North Sea. The sailors kept up their morale by singing popular songs, such as ‘Roll out the Barrel’ and ‘Show Me the Way to Go Home’. A survivor recalled that the sea ‘was so thick with oil we might have been swimming in treacle’.
Image 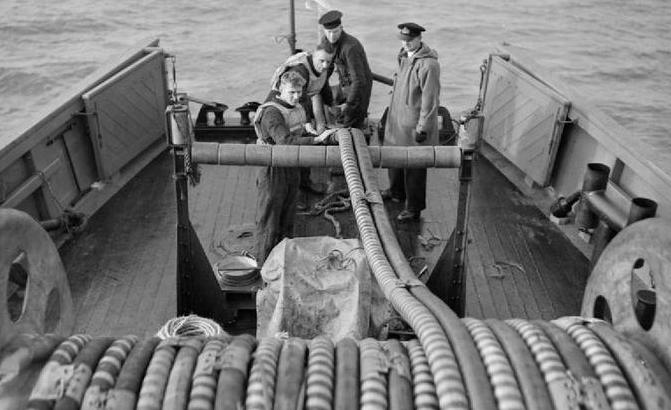 Text
6 of 6
Within a month, the scientists of the British Admiralty discovered a way to counteract the mines. This was carried out by adjusting electric cables around the ships’ hulls. The goal was to create a negative or ‘demagnetised’ magnetic field. Soon afterwards, a way to detonate mines was invented, using trawlers with wooden hulls. These trawlers dragged floating electric cables behind them.
Image 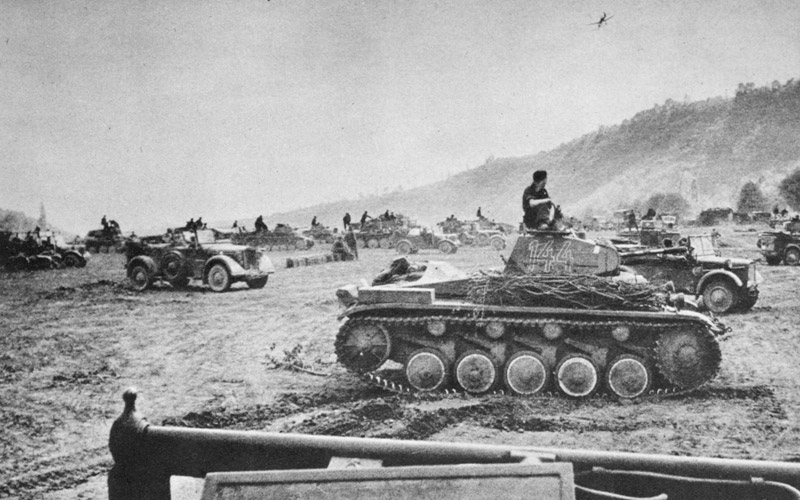 The Battle of France, known as ‘The Fall of France’ took place in World War Two, when German forces invaded the Low Countries and France. 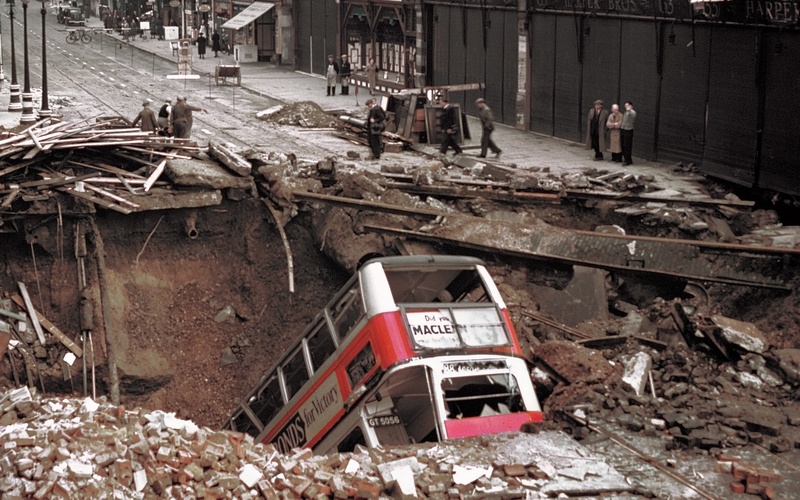 The Battle of Britain was an aerial battle which took place during the Second World War. The British Royal Air Force (RAF) defended the island of Great Britain from the Luftwaffe, the German Air Force.