Close
During the Autumn of 1944 the Russian Red Army continued its advance towards Germany. Bulgaria, Yugoslavia, the Baltic states, Eastern Hungary and large parts of Poland were all taken from German hands.
After the great winter-summer Russian offensives the Germans were pushed out of Russian territory and into Eastern Europe. When the Soviets took Romania and Eastern Poland they had the opportunity to strike in the Balkans and Central Europe. In the North, after the successful Novgorod-Leningrad operation and the subsequent defeat of Finland the Soviets were in a position to take the Baltic states. 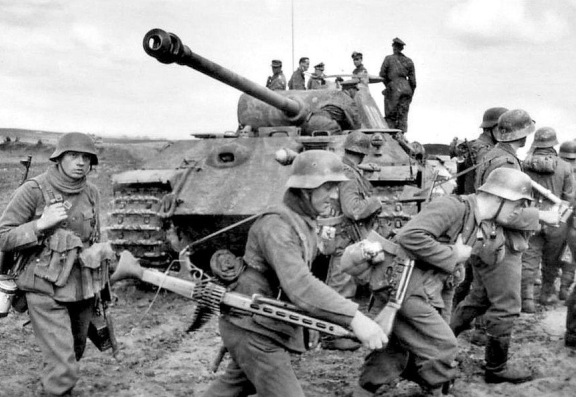 Text
1 of 4
Events would quickly spiral out of control for the Germans as they would lose one territory after another. The disintegrating German armies were not able to hold out against the might of the Red Army. At the end of the year the Soviets were in striking distance of Germany.
Image 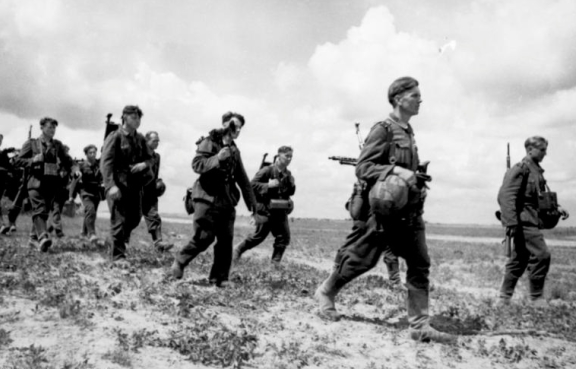 Text
2 of 4
As the fighting approached the old German border, desperate German resistance, shorter German lines of communications, and newly activated German divisions made the going slower and harder for the Allies in both East and West.
Image 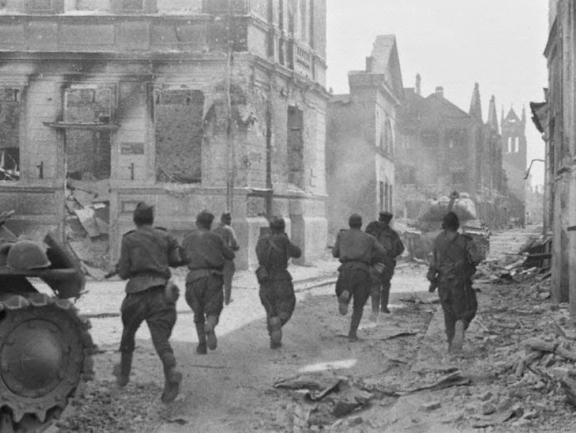 Text
3 of 4
At the end of the year, the Red Army was clearly coming to the end of its ability to sustain major offensive operations against substantial resistance until there had been time to rebuild communication systems behind the new front line reached in the summer and fall offensives, as well as an opportunity to replace casualties, rest and reform units, and replenish weapons and ammunitions.
Image 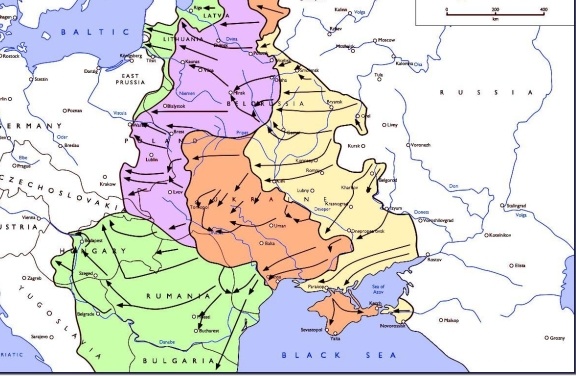 Text
4 of 4
The Soviet offensive into the Balkans was an impressive achievement—a masterful marriage of military operations to the goals of politics and grand strategy. It destroyed much of Army Group South Ukraine and laid the foundation for Soviet domination of the Balkans in the postwar period.
Image

When the Warsaw insurgents surrendered, another uprising in Eastern Europe was also in the process of being brutally crushed by the Germans. Resistance elements in the puppet state of Slovakia had contacts and sympathizers in the Slovak armed forces. They were preparing a coup to shift Slovakia to the Allied side, open the door to the Red Army, and begin the return of Czechoslovakia to independent status. After an initial success, the German and Slovak collaborationists forces managed to crush the uprising. 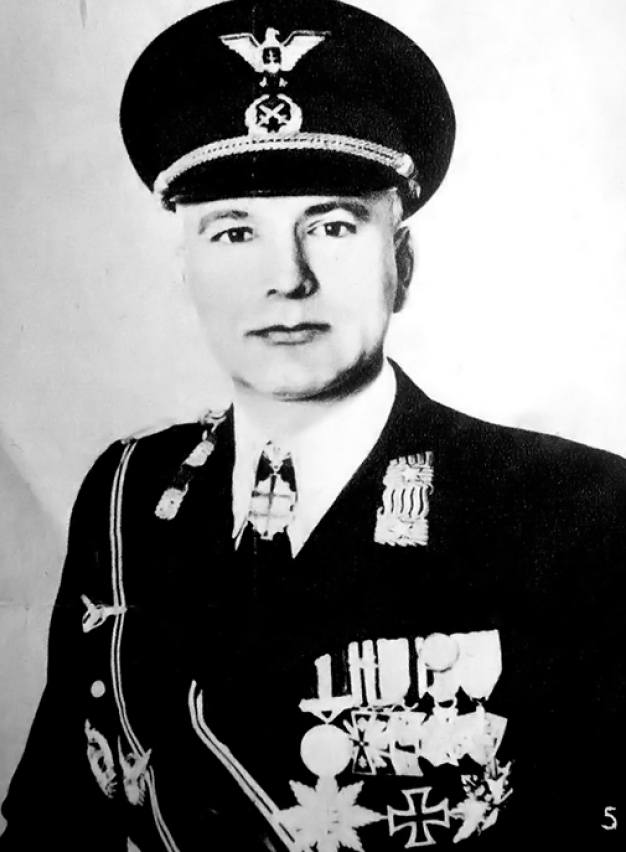 Text
1 of 6
The weeks after the First Ukrainian Front reached the border of Czechoslovakia were a time of preparation inside the Axis satellite. Pro-Soviet partisans, commanded by Russian officers, carried out a number of attacks on Germans. This, together with rumors of a coup by the Slovak army, led by Defense Minister Ferdinand Catlos, precipitated a German move to occupy the country. This in turn provoked the Slovak uprising which quickly came to control large portions of Slovakia.
Image 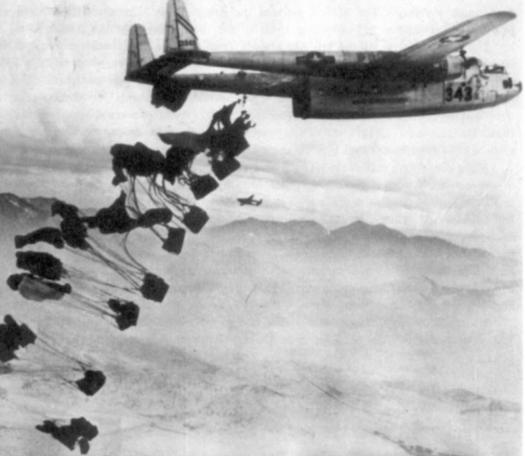 Text
2 of 6
There was an opportunity to fly in reinforcements and supplies since the insurgents held airports and substantial areas for drop zones. The Western Allies, though publicly sympathetic and providing a little assistance, had clearly decided not to try for any large-scale supply operation. It seemed pointless to them to try to support another uprising right in front of the Red Army front.
Image 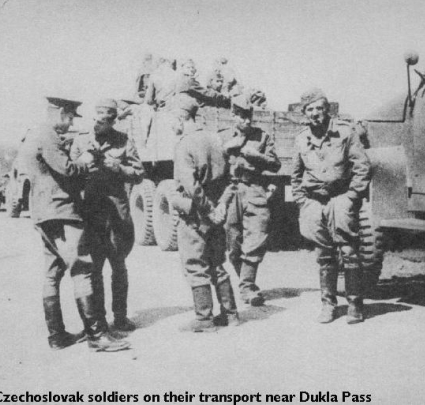 Text
3 of 6
Although it had been possible for the Russians to fly in officers for partisan bands, they now sent in few reinforcements and slowly at that. There was an effort, utilizing regular Red Army units and a Czechoslovak army raised and trained in the Soviet Union, to break into Slovakia through the Carpathian mountains at the Dukla Pass. All this was inadequate, however.
Image 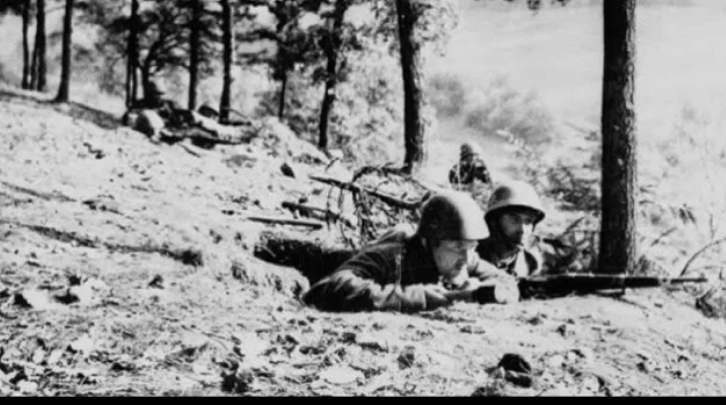 Text
4 of 6
Mistakes by insurgent leadership on the first days of the rising, German seizure of full control of Hungary which opened up the southern flank to them, conflicts among the insurgents between those loyal to the government-in-exile in London and those looking to a Communist Czechoslovakia, and entirely insufficient Soviet aid enabled the Germans to crush the Slovak uprising.
Image 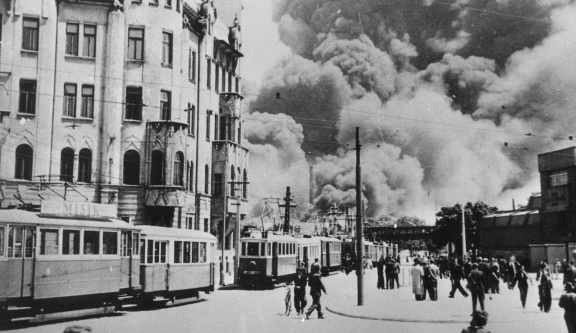 Text
5 of 6
It had all lasted just as long as the battle in Warsaw and came to the same end. The Nazis slaughtered to their hearts' content, though in the rural areas of Slovakia, unlike the urban rubble piles of Warsaw, some guerilla activities continued into the following year.
Image 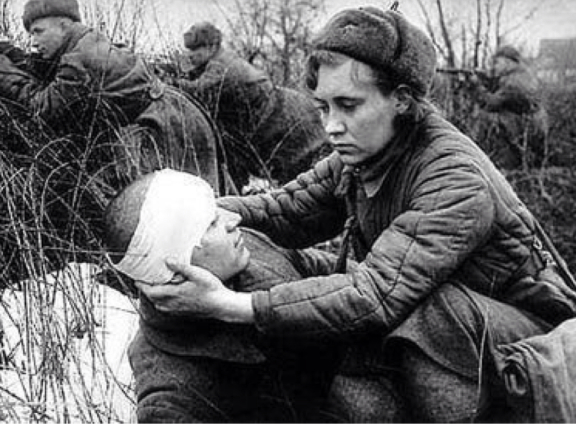 Text
6 of 6
After the uprising, the efforts of the Fourth Ukrainian Front to break into Slovakia and through the Carpathians had been slowed practically to a halt. The fact is that the offensive power of the advancing Red Army had been exhausted. The different railway gage in much of the area over which it was advancing added to supply problems. The Germans, at Hitler's personal insistence, had allocated a disproportionately large part of their armor to this portion of the Eastern Front.
Image 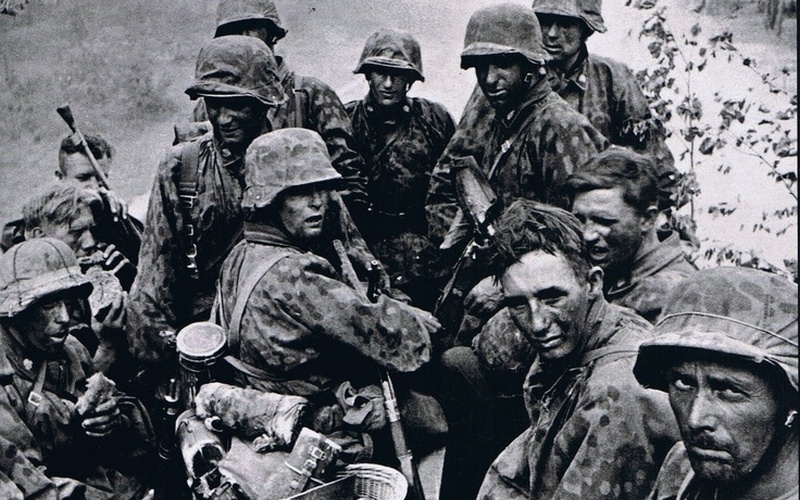 During the Jassy–Kishinev Offensive the Red Army launched a major attack against Axis forces stationed in Bessarabia. The German 6th Army was encircled and destroyed for a second time, having been destroyed the first time at Stalingrad. The German 8th Army had to withdraw to Hungary. During this battle the Romanians switched sides after a coup, and joined the Allies.