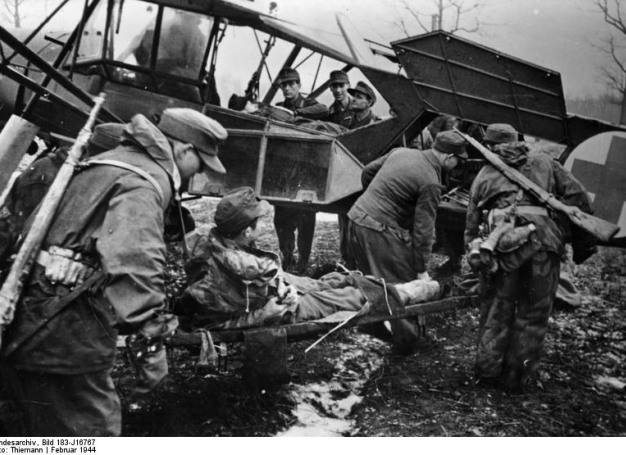 Text
1 of 6
The Germans on the Eastern Front fought with the bravery born of desperation to save their own lives and what they believed was the future of their families and homes. Once the front situation had collapsed and there appeared to be a way out, they began to make the equally desperate effort to escape by heading west or surrendering.
Image 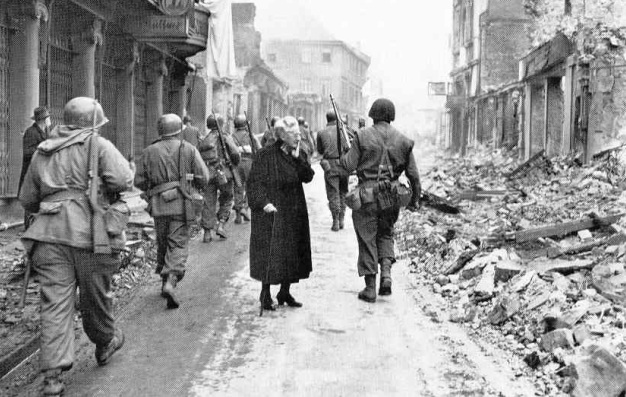 Text
2 of 6
The misery in occupied Germany was vast, but there was no political interest. The area occupied by the Western Allies was a food deficit area and was experiencing great hunger. It would continue to do so, as no food shipments from east Germany could be expected. Meanwhile, the population was rapidly growing as a result of vast movements of refugees westward.
Image

Text
3 of 6
The lines of demarcation between the Allies were agreed upon even before the Yalta Conference. Once reconfirmed there, it fell to the Russians to fight the battle of Berlin.
Image 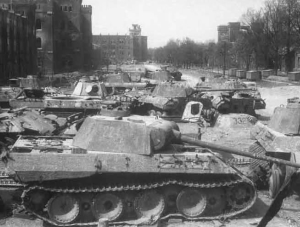 Text
4 of 6
Bradley’s assessment to Eisenhower was that a Western attack on Berlin would cost 100,000 casualties, which he considered ‘a pretty stiff price for a prestige objective’. This figure is almost certainly too high. Konev later stated that the Red Army lost 800 tanks in the battle for Berlin, and it is thought that Russian casualties amounted to as many as 78,291 killed and 274,184 wounded. These figures could probably have been lower if Stalin had not been in such a hurry to capture the capital as soon as possible regardless of the human cost involved.
Image 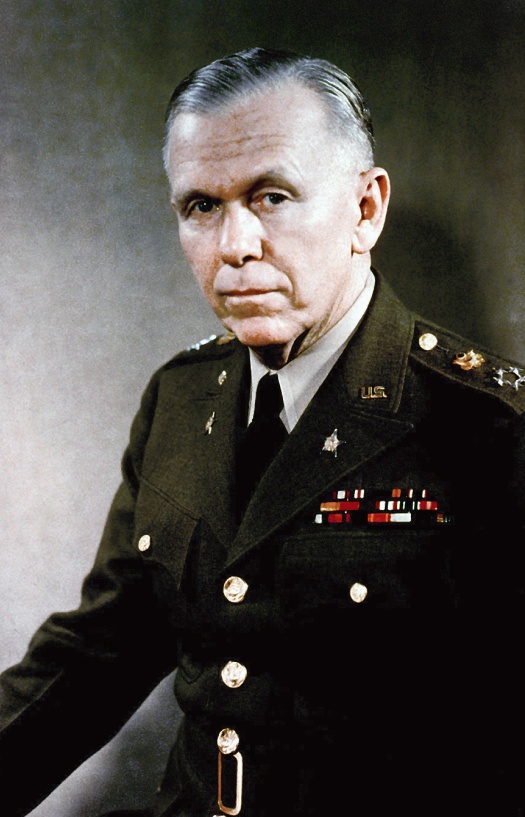 Text
5 of 6
In a summary of the situation and prediction of the future, General Marshall had reported to Roosevelt that the war would end as the pockets of resistance collapsed one by one, the key question being the location of Hitler. The Germans would fight hard at that point, but there would be little guerilla warfare. The southern redoubt would function as a center of resistance only if Hitler went there in person. There would be no overthrow of the Nazi regime from the inside.
Image 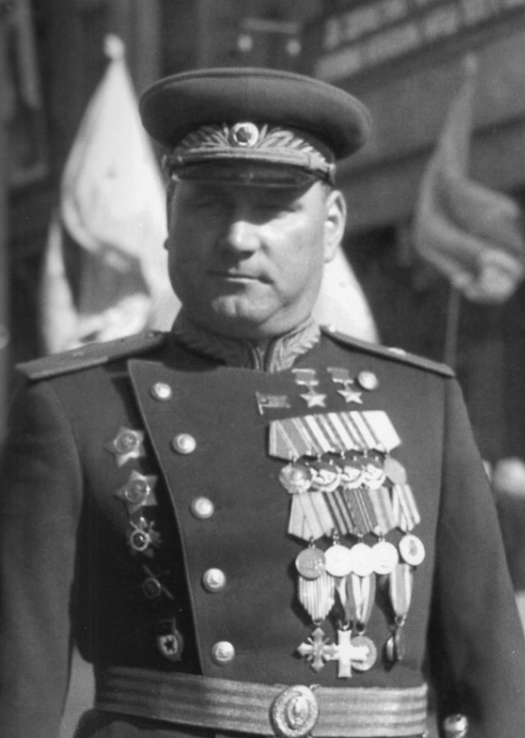 Text
6 of 6
The Soviets displayed the greatest abilities at the operational level of war. From Bagration, which took out virtually all of Army Group Center, to the operations that destroyed German forces in East Prussia and Poland, Soviet commanders exhibited outstanding capabilities in deception, planning, and the conduct of operations. Their victories were far superior to anything the Germans had achieved early in the war.
Image

Before the battle for Berlin, Soviet military effort was concentrated on clearing the flanks of the forthcoming assault on the Nazi capital while building up forces and supplies for that assault. The Russians cleared Pomerania and East Prussia of German forces. The Soviets fought their way into Königsberg.

Text
1 of 3
In battles of tremendous ferocity, the Red Army first failed and then succeeded in destroying most of the German forces in Pomerania and driving back the remnants across the Oder.
Image 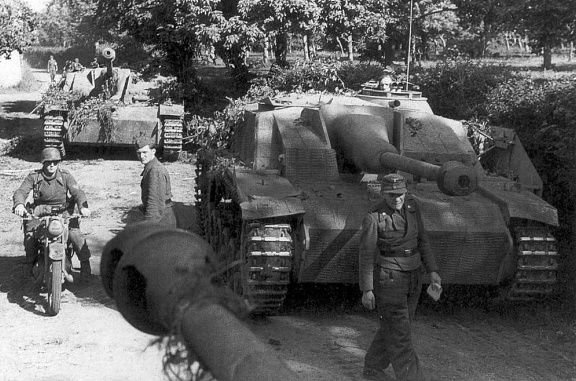 Text
2 of 3
The two German armies which had been cut off in East Prussia were split into several pockets and destroyed, except for those evacuated by sea and a tiny enclave which held out until May.
Image 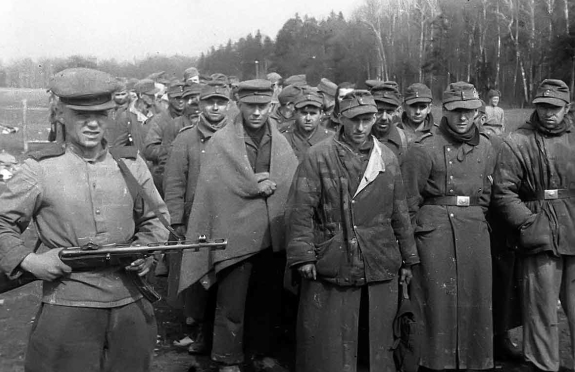 Text
3 of 3
Relying heavily on their artillery, the divisions of the Third Belorussian Front pounded their way into Königsberg—now Kaliningrad—and quite literally smashed into pieces the bulk of what was left of the old northern wing of the German Eastern Front. The German general who finally surrendered what was left of Königsberg was condemned to death in absentia and his family arrested.
Image 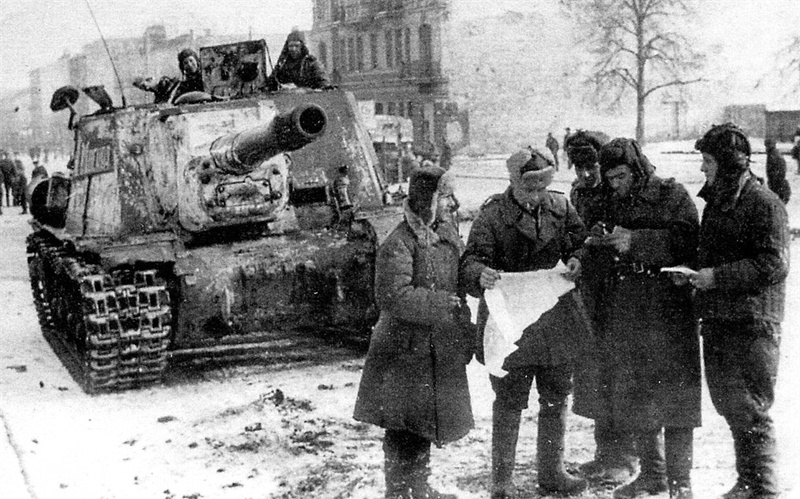 In the begging of 1945 the Russians staged a major offensive, known as the Vistula-Oder offensive. During this operation the Red Army manged to, once again, break the German lines and enter Germany. Afterwards the Russians would continue sweeping across Germany, with the ultimate goal in sight: Berlin.