Close
Asuka represents the beginning of the Japanese enlightenment, a period which has been compared, from a cultural perspective, with the ancient Greco-Roman culture. A writing system is introduced together with Buddhism, Confucianism and Taoism. After some struggles, Buddhism becomes a state religion in parallel with Shintoism, enforcing the legitimacy of the emperor. Arts and architecture are heavily influenced by the Korean kingdoms and China. Popular and cultivated literature flourishes under the guidance of inspired Japanese political leaders educated according to the Chinese model. Prince Shotoku, Emperor Tenji and Emperor Kanmu become national heroes. Under their guidance, Japan was reformed and became strong enough to challenge the Chinese domination of the Korean Peninsula. The speed and quality of the changes are comparable to the ones from the Meiji Restoration. In the ... end, Japan lost the war in Korea but the defeat led to innovations which contributed further to the country’s development. It was the beginning of a Japanese national conscience.read more
Asuka jidai represents the first phase of Classical Antiquity in Japan. Alongside the following stages, Nara and Heian, this period is characterized by the rise of unprecedented cultural effervescence and complex political reforms. The exact reverse situation was happening in Europe, where after the fall of the Roman Empire, the continent entered a Dark Age from a cultural, political, economic and demographic point of view. This proves that absolute standards and concepts can’t be applied when trying to understand universal history or even comparative history. The Classical Antiquity of Japan deserves to be compared with the might of the Greco-Roman world.

Text
1 of 7
The era is named after Asukadera, the first important capital of the Yamato kingdom, located in northern Nara Plain. As in the previous era, Shinto traditions convinced emperors to move the capital when they ascended to the throne. Other important capitals were Naniwa and Fujiwara Kyo. Asuka jidai ends when the political center is moved by the new emerging clan Fujiwara, to Heijo Kyo, later named Nara.
Image 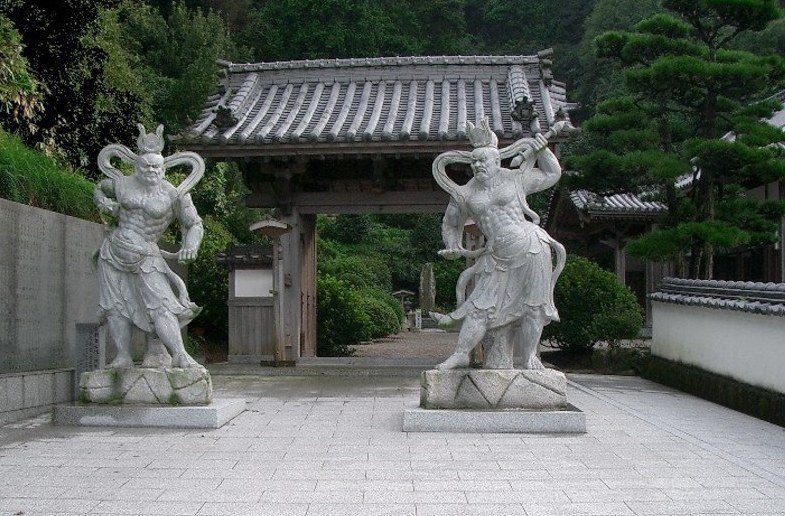 Text
2 of 7
Due to political reasons, the important clans from the Yamato court were divided into two sides. The first party was represented by old Japanese royal families that supported Shintoism and wanted to ban the heretical Buddhist religion. The opposition was composed mostly of influential noble families that had Chinese or Korean descent and wanted Buddhism to be recognized as an official religion with equal rights as Shintoism. The internal balance of power was constantly shifting, but in the end a compromise was reached and most of the elite was pleased. The core of this system still works in today’s Japan.
Image 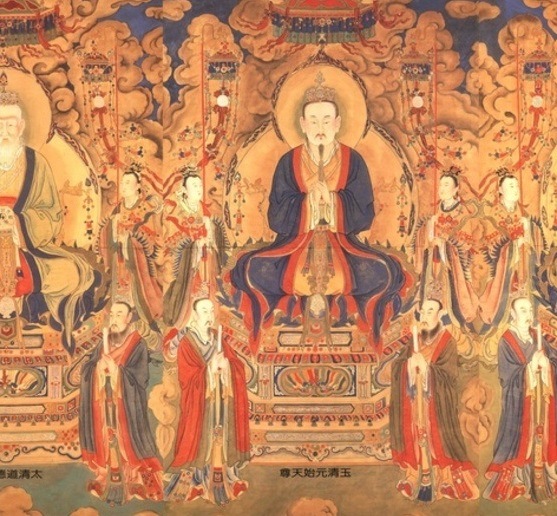 Text
3 of 7
Japan went through an ecumenical and gnostic experience illustrated by mystic experimentation. Even from the beginning, six different forms of Buddhism were introduced into Japan, each originating from a different part of China, which in their turn modified the Indian teachings. In the next centuries the official canon would be tinted by division into more sects. Likewise, the political elite combined Buddhist sacrality with Confucian ethics in order to bolster their authority. At the same time, besides some main deities, Shintoism is tributary to different local myths sometimes mixed with Taoist rituals.
Image

Text
4 of 7
Political organization, social stratification, economic conditions, the arrival of even more waves of educated Chinese and Korean immigrants and missionaries, the massive imports of books from China and Korea - all these stimulated a cultural explosion. The artistic side of this was portrayed by highly complex pottery production, the spread of religious and secular paintings, and by the intricate architecture of Buddhist monasteries and sculptures. Additionally, spirituality was expressed by the vivid appearance of books dealing with major philosophical, historical, political and religious dilemmas.
Image 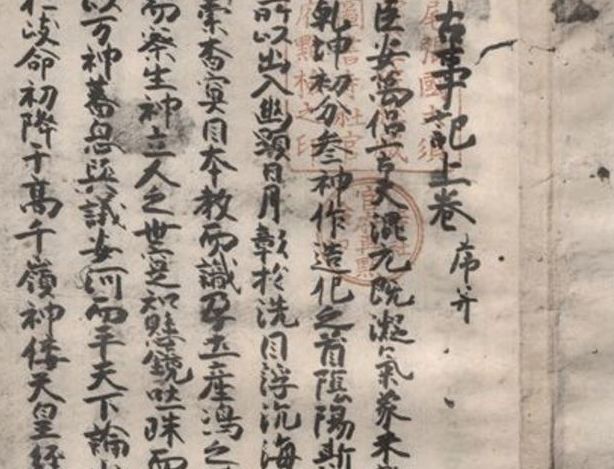 Text
5 of 7
Historians managed to discover and preserve Japanese documents from Asuka jidai. This scrolls are mostly written in Classical Chinese and reveal the first written records from the archipelago. Political elites became far more aware of their common identity as they governed inspired by a plan for the country as a whole. We observe the slow rise of the national state of Japan, one of the earliest processes of this kind in universal history. Innovative reforms that can be compared only with the ones from the Meiji restoration are conducted by enlightened rulers like prince Shotoku Taishi, and by emperors like Tenji and Tenmu.
Image 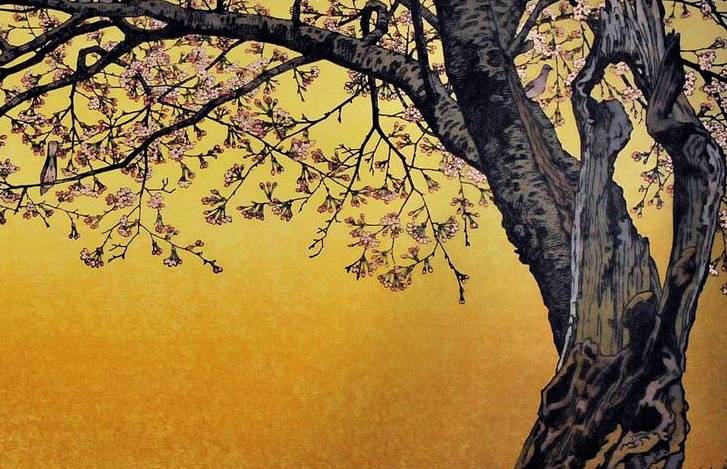 Text
6 of 7
In the propitious context of the Asuka jidai, popular culture was also producing works of universal value. The most impressive opera is ‘Manyosh’, which is translated as ‘The collection of ten thousand leaves’, containing 4,500 poems. It was composed over the course of a century, between Middle and Late Asuka, and was inspired by philosophical and religious views. Many of the poems were collected from farmers and commoners, including women, a very rare phenomenon in that period of time. Both popular and elite manifestations from the era were called ‘the culture of Hakuho’.
Image

Text
7 of 7
In the course of Asuka jidai, Japan became a major regional power with a total population of over six million people. Meanwhile, the Sui dynasty of China was replaced by the Tang dynasty, bringing forth one of the greatest periods in the history of China. From the middle of the period, Japan lost its influence in Korea. Japanese and Chinese civilizations had no equal in terms of sophistication or in economic, military and political power. For example, in this timeline we can distinguish five great Arab poets, six Japanese poets, ten Chinese poets and only three from Europe.
Image

By traditional dating, Asuka jidai started when the Korean kingdom of Paekche sent a diplomatic mission to spread Buddhism in Japan and Emperor Kinmei accepted the gift. Other historians think that the event was just a symbolic one and consider that Asuka jidai started fifty years later, when Buddhism was really imposed as a legitimate religion by the Soga clan. Moreover, from an aesthetic perspective, taking into consideration arts and architecture, Asuka jidai emerges only in the middle of the next century. Another group of researchers considers that Asuka is just the extension of the Kofun jidai because the changes in this timeline were not so radical.

Text
1 of 1
Those who do not consider Asuka as an epoch just name the timeline of Kofun and Asuka as Yamato because there was a certain continuity in the political system. According to them, Buddhism and other relevant reforms were only firmly imposed when the capital was moved to Nara. It was a western way to look at the history of Japan that is now more contested. Those against the view give two main reasons. Firstly, Japanese history is unique and generalizations are not useful for understanding what happened. Secondly, discoveries from the last decades point to the need of rethinking the whole period.
Image 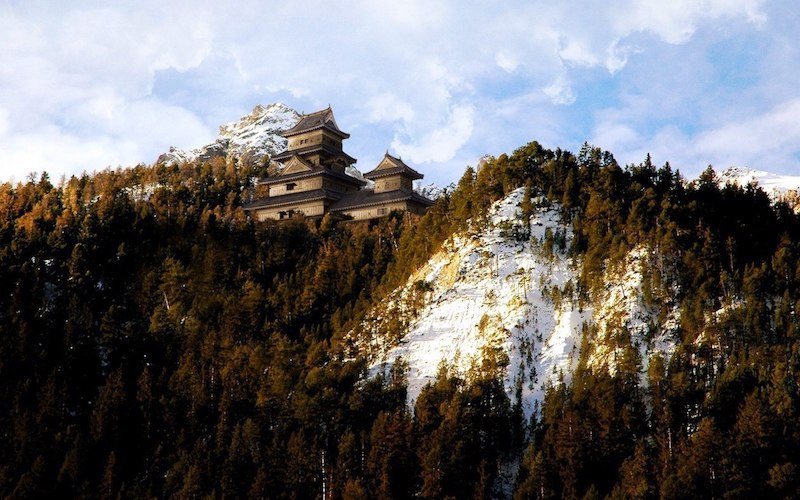 The Nara period takes its name from the Japanese imperial city, dominated by the dynasty of Tenmu. Buddhism evolved and was separated in different autonomous sects, playing a key political role.