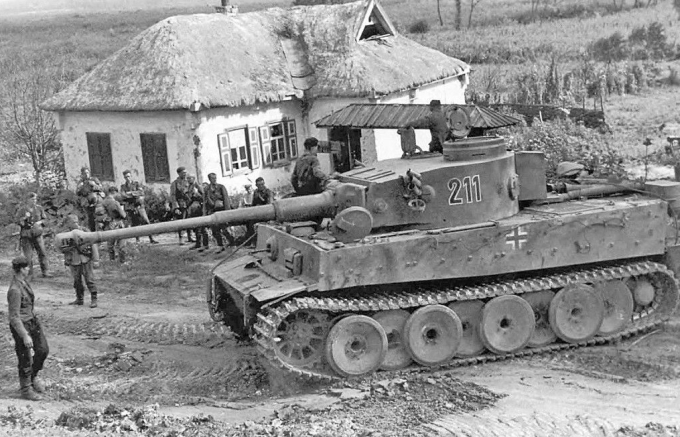 Text
1 of 4
The success of this invasion later allowed the Allies to land on continental Italy. Due to the invasion in Sicily, Hitler cancelled the offensive in Kursk on the eastern front, after only one week of fighting. He redirected part of his troops from Kursk to Sicily. This allowed the Russians to repel the German offensive and launch a powerful counter-attack.
Image 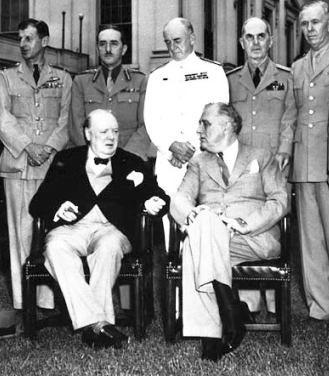 Text
2 of 4
The Sicilian invasion had its origins in the conclusions formed by the Allied leaders that an invasion of France would be impossible at that time. They decided to invade the Italian island, using North African troops, after obtaining victory in Africa. The invasion of Sicily was decided at the Casablanca Conference, once the alternative options of Sardinia and Corsica had been eliminated. The invasion was later confirmed at the Trident Conference in Washington.
Image 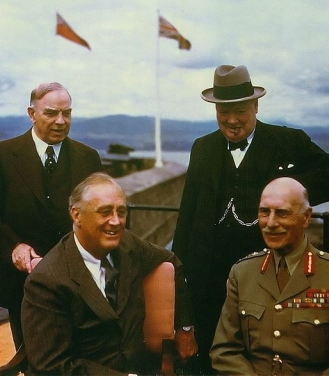 Text
3 of 4
Initially, the Americans didn’t agree to the invasion of continental Italy after the fall of Sicily. They only gave their agreement to this at the Quadrant Conference in Quebec. During this time, battles were already underway on the island. Thus, the Italian campaign was born, naturally, out of the invasion and occupation of Sicily. However, the delay in its authorization allowed a large number of Germans to escape from Sicily. An earlier landing on the far point of the Italian boot, at Reggio, could have prevented the evacuation of the German troops.
Image

Text
4 of 4
The Allies wanted to conquer Naples and control the airports around Foggia. In this way, they hoped to lessen the pressure placed on the Russians in the Eastern Front. General George Marshall acknowledged that the landing in continental Italy only served to delay an eventual invasion in north-western France. He always believed that the invasion of France was the most important step in destroying the Third Reich.
Image

Operation Husky consisted of a main amphibious invasion together with an operation by airborne units from the Allied forces. The land forces of the Allies were mostly formed of Americans, Canadians and British troops. Thus, the United States mobilized their 7th Army. Great Britain had the 8th Army, while Canada sent the forces of the 2nd Army. The Allies landed on the south of the island. 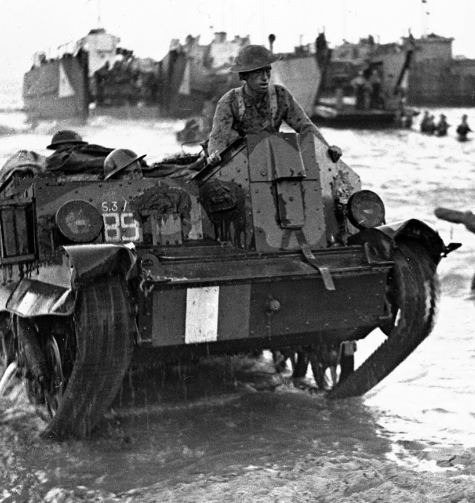 Text
1 of 7
For the invasion, the Allies took two strategies into consideration. The first proposal was to land two armies in different places, in the eastern and western extremities of the island. Then, they would try to surround the Axis forces. In this way, the enemies would not only be defeated, but also totally destroyed. This maneuver was considered to be risky, because it was possible that the two armies could each be defeated separately. Thus, the strategy was rejected, since the risk was too great.
Image 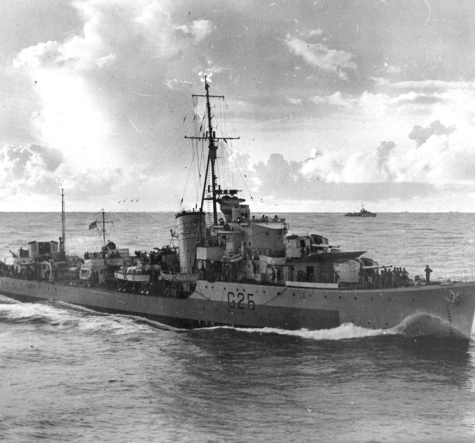 Text
2 of 7
The goal of this invasion was to eliminate the Axis navy and air forces from the island. Thus, free transit of Allied naval forces in the Mediterranean would be ensured. Also, through this action, it was hoped that pressure would be put on Mussolini’s regime, opening up the possibility of Italy leaving the war.
Image

Text
3 of 7
The second proposed strategy consisted of landing the two armies in southern Sicily. They would then advance into the interior of the island. This maneuver was much less risky than the first, but did not offer the possibility of surrounding the Italians. The Allies chose the second option, not wanting to risk defeat.
Image 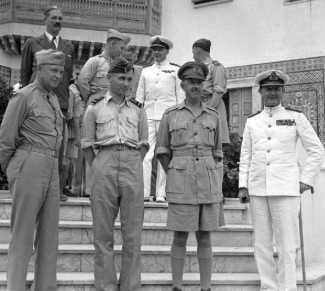 Text
4 of 7
Supreme command of this operation belonged to the future American president, General Dwight D. Eisenhower. General Harold Alexander held control of the ground forces of Army Group 15. This group was formed of the British 8th Army, under the command of Bernard Montgomery, and the American 7th Army, commanded by General George S. Patton.
Image 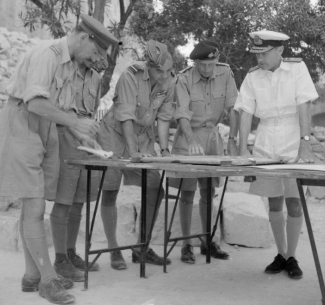 Text
5 of 7
The 7th Army had the task of landing in the Mera Gulf on the southern-central coast of the island. As part of this action, the 3rd Division and the 2nd Armored Division attacked at Licata. The 1st Division attacked at Gela, and the 45th Division to the east at Scoglitti. The 82nd Airborne division landed behind the defensive troops in Gela and Scoglitti. The 8th Army landed in South-Eastern Sicily. The 30th Corps of this army had the task of attacking Passero Head, the most south-eastern corner of Sicily. The 13th Corps landed in the Noto Gulf and around the locality of Avola, in the north. Between the two armies was a distance of 40 km.
Image 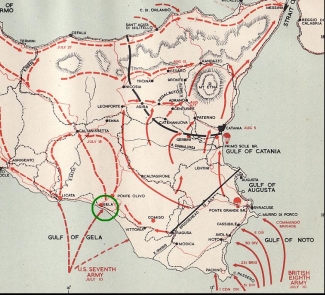 Text
6 of 7
Once they arrived on land, the two Allied armies had the task of securing a large area along the beach, for the landing of the rest of the forces and equipment. Then, the 8th Army must advance north along the coast, with the destination of Messina. During this time, the 7th Army had the task of protecting the right flank of the British troops and securing the rest of the island.
Image 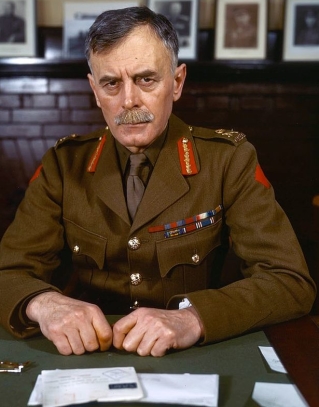 Text
7 of 7
Before the launch of the invasion, the 1st Canadian Infantry Division was brought into operations at the insistences of the Canadian Military Base in Great Britain. The request was approved by the British, who demobilized the veterans of the 3rd Infantry Division from the operation. The change was not finalized until General Andrew McNaughton, commander of this Canadian division, considered that Husky was a viable operation. He agreed to involve the 1st Infantry Division and the 1st Armored Brigade.
Image 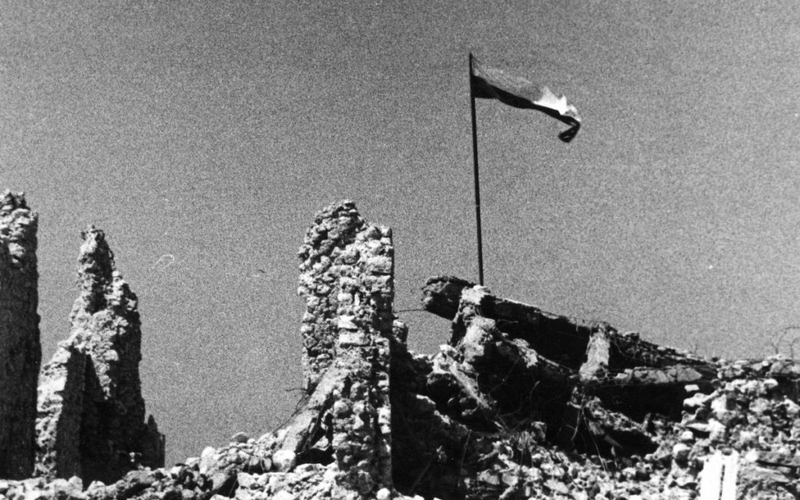 During the invasion of Italy the Allied forces manged to establish a beached head in southern Italy. From there the Allied advance towards Rome started. Because of heavy German resistance at Anzio and Monte Cassino the advance was slow. When the German lines were finaly broken the Allied forces took Rome. Afterwards, the Germans retreated into Northern Italy, where they would eventually be defeated.