Close
During the Great War the combatant countries had to mobilize for war in order to conduct it successfully. This meant that the industry had to accelerate the production of war matériel. The warring countries also had to galvanize their societies for war in order to maintain morale, and to mobilize their soldiers. The results varied from country to country, depending on the political and social situations of each. The war also brought important social changes, with the working class feeling the brunt of hardships on the home front. Demonstrations and strikes took place in almost every major combatant country, and, in some places, even revolutions during or after the war. The war also saw the advancement of women who took jobs in industry and agriculture that had been, thus far, ... traditionally associated with men. After the war, in many European countries, universal suffrage was introduced.read more
There is a tendency to think of wartime as a special time when domestic policy-making lies suspended and the focus shifts to battles and diplomacy. Yet it is important to consider the ways in which domestic social life and politics carry on and change in wartime. The First World War shaped, and was shaped by, the politics of the home front. As the war dragged on and it seemed that victory on the battlefield would be elusive, increasingly both sides hoped to damage each other heavily enough so that people on the home front would grow weary and demand surrender. 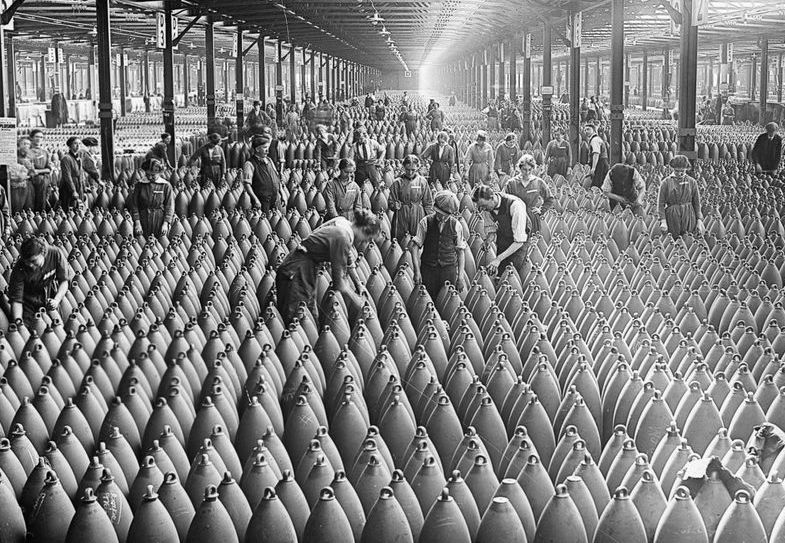 Text
1 of 4
While soldiers were struggling and dying at the front, the conflict also profoundly affected those at home. It would not be too extreme to say that the war touched every country of the world, either directly or indirectly. It especially affected people living in the warring states and those on the war’s periphery, such as Scandinavia and Switzerland; but all were affected, even those geographically far removed from the fighting, such as Latin America. Many nations, cut off from their colonial masters or trading partners, out of necessity developed their own industries and forged new market relationships. Japan and the United States especially benefited.
Image 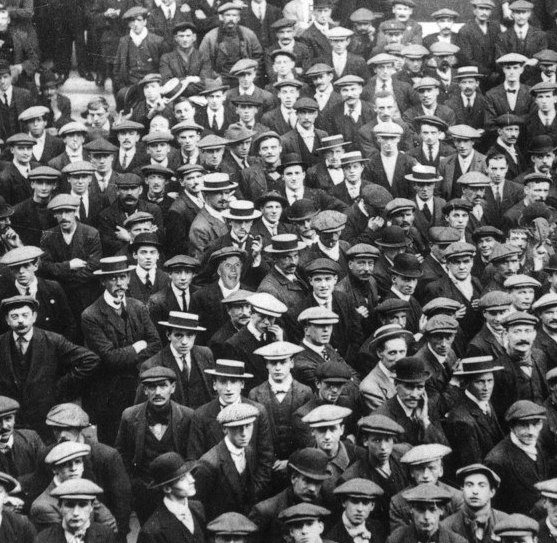 Text
2 of 4
Initially the First World War brought national solidarity for the states involved. Many national leaders had welcomed the war as a means to end social and economic conflict within their states. Even in multinational Austria-Hungary there was near-unanimous support for the government; vocal Czech and Croat dissidents agreed to cease political agitation for the duration of the war, and all but the Empire’s ethnic Serbs supported war against Serbia. Those who had challenged class and political differences vied with one another to demonstrate their patriotism. Such unity, however, did not last.
Image 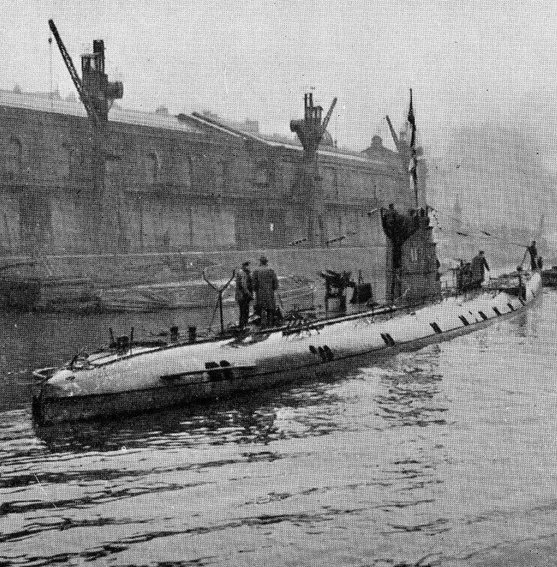 Text
3 of 4
The effects of the struggle on the Western Front were felt far beyond the battlefields and had a huge impact on domestic life. Each of the belligerents faced their own special problems. For Britain - dependent upon imports - German submarine operations represented a growing menace; Germany was increasingly affected by the naval blockade; and France had to cope with the early loss of the iron and coal of her German-held northern regions.
Image 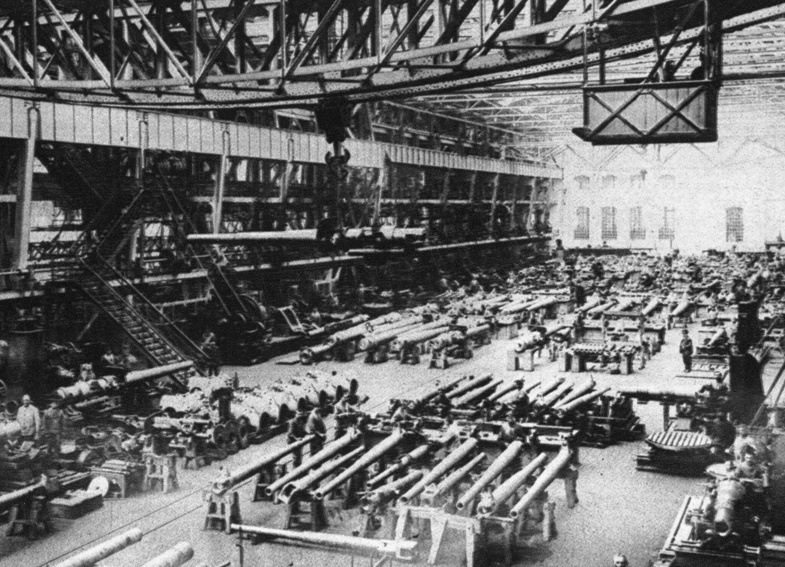 Text
4 of 4
Certain problems were common to all. Each had to make mammoth efforts to mobilize both human and industrial resources, and take unprecedented steps to control raw materials, food production and distribution, prices and wages, the press and transport. In many respects, the manner in which each country responded to these challenges reflected their different political, social and economic conditions.
Image

The two most cohesive countries before the war, France and Germany, remained solidly supportive of the war effort, even when both countries were severely strained in 1917 and 1918. At the start of the war, people in both countries decided to put aside their political differences for the sake of unity. The war was supported by all political parties as well as by trade unions and religious leaders. If in France censorship was not a main factor in improving morale, the German government, an authoritarian regime, instituted heavy censorship in the hope of maintaining order and morale. 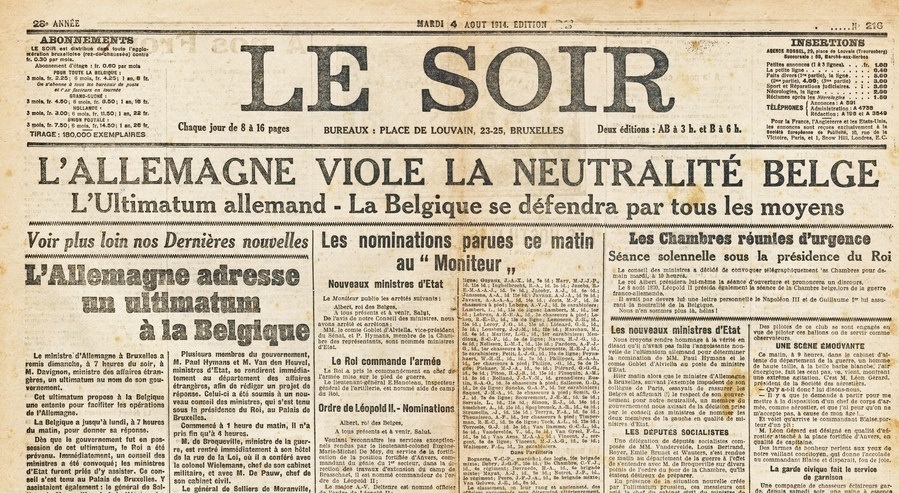 Text
1 of 2
Even while the French army sustained high casualties, the French people remained largely supportive of the war. French territory had been invaded, including France’s most important industrial region, which gave many French people a burning sense of purpose. As a result the French government did not feel as strong a need to censor publications and correspondence, at least not as much as other countries.
Image 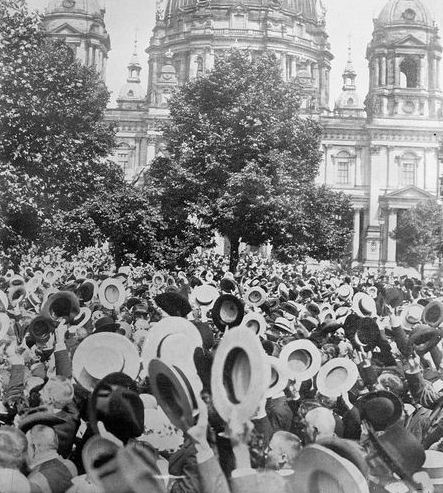 Text
2 of 2
The German government engaged in heavy censorship, never allowing defeats or the extent of casualties to be acknowledged. This was not so much a reflection of German regrets about the start of the war as it was of a political culture that was less representative and more authoritarian.
Image