Close
During the Winter War the Soviet Red Army invaded Finland. The Soviets did so because they wanted a part of the Finnish territory. The battle did not go well for the Soviets at first, as the Finns inflicted heavy loses on the Red Army, employing hit and run tactics. As the spring came the Soviets reorganized their army and finally managed to defeat the Finns. The battle ended with the Treaty of Moscow in which the Soviet leaders managed to gain a larger proportion of Finnish territory than they wanted before the conflict started.
The Winter War was a campaign fought in the early stages of World War II, between the Soviet Union and Finland. The war started with the Soviet invasion of Finland, and ended with the Moscow Peace Treaty, in which Finland lost some border areas to the Soviet Union. The Soviet invasion was deemed to be illegal by the League of Nations, and the USSR was expelled from that international forum. 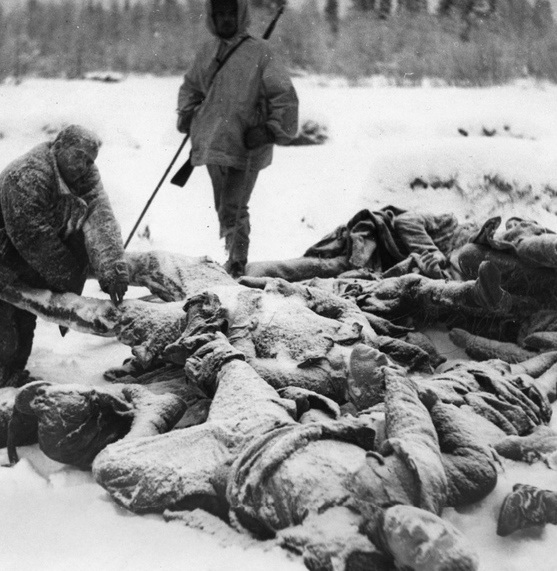 Text
1 of 5
During the Winter War, the loss of two Russian divisions at Suomussalmi, compounded with reversals at the Mannerheim Line and the victory of Finnish General Paavo Talvela, who destroyed two enemy divisions at Tolvajärvi on Christmas Eve, sent a humiliating message around the globe for the USSR. However, the Finns could not follow up these successes due to lack of troops: they were conscripting fifteen-year-olds as it was.
Image 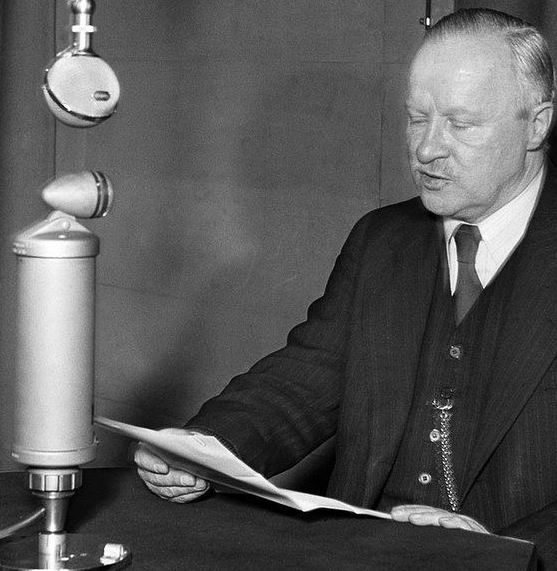 Text
2 of 5
When the truce was announced, flags flew at half-mast all over Finland. The Foreign Minister Väinö Tanner summed up the mixture of relief and resentment that many felt: ‘Peace has been restored, but what kind of peace? Henceforth our country will continue to live as a mutilated nation.’
Image 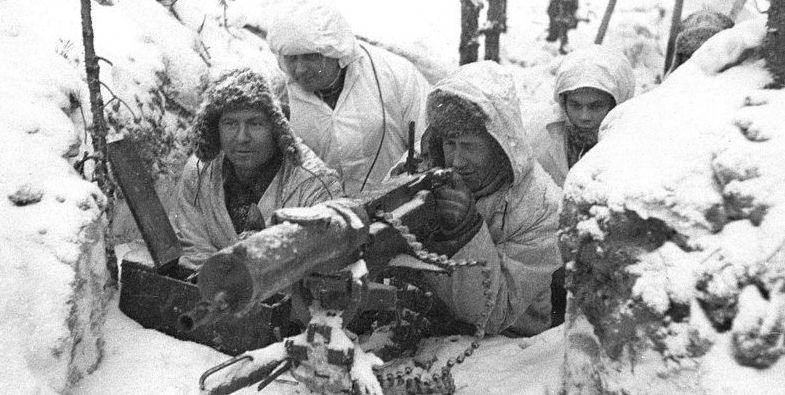 Text
3 of 5
The fighting retreat of the Finns cost the Soviets dearly. The Soviets’ situation was further exasperated by the difficult supply conditions. To guard this obvious vulnerability in their defenses, many of the tanks were held in reserve. Despite these precautions, the Finns did manage to sever Soviet supply routes in some sectors of the front.
Image

Text
4 of 5
The Finnish High Command did not expect to be able to hold the Petsamo region, in close proximity to Soviet bases, especially since they had no naval vessels of their own. In their view, the loss of the nickel ore mines would be unavoidable and would just have to be endured. From the Soviet side, once these mines had been captured, they would be content to leave most of their forces and artillery trained towards the open sea, while a reduced force continued to attack south.
Image

Text
5 of 5
Despite the Red Army’s daunting preponderance of force, despite the utter hopelessness of prolonged resistance, the Finns stopped the Russian steamroller in its tracks, inflicted staggering losses, won a couple of spectacular victories, and stirred the passionate admiration of the Western Democracies. Despite this, the war’s ultimate outcome was never really in doubt. But for 105 stirring days, as Winston Churchill expressed so eloquently: ‘Only Finland, superb, nay, sublime in the jaws of peril… shows what free men can do. They have exposed, for all the world to see, the military incapacity of the Red Army… Everyone can now see how Communism rots the soul of a nation, how it makes [that nation] abject and hungry in peace and proves it base and abominable in war.’
Image

In the beginning of the 19th century the War of Finland, fought between Sweden and the Russian Empire, ended with the Treaty of Fredrikshamn. At this time Finland become an Autonomous Grand Duchy of the Russian Empire. There followed a period of Russification. At the beginning of the 20th century a Finnish movement for national identity and independence began to grow. After the Bolshevik revolution in Russia, Finland declared its independence, which it attained after a short civil war. During the interwar period, relations with the Soviet Union remained tense. 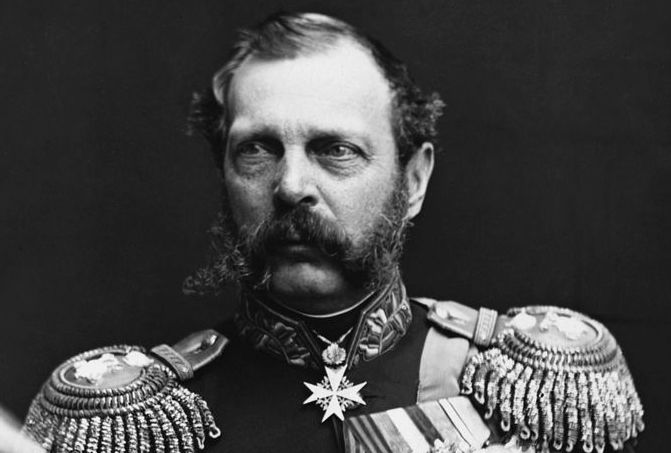 Text
1 of 7
During the early period of autonomy, Finland developed rapidly and became a model and an inspiration to the rest of the Russian states. Tsar Alexander II started a wave of reforms across the empire. These had a great positive impact on the development of the Finnish economy, culture and social structure.
Image 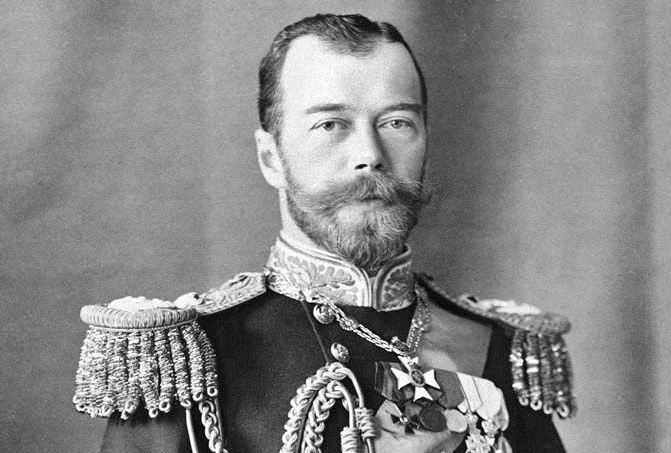 Text
2 of 7
The more conservative Alexander III slowed the modernization program started by his father. Things degenerated further when his son Nicholas II became Emperor. Nicholas soon realized that he would much prefer the Finns to conform to his autocratic rule and not be quite so independent and autonomous.
Image 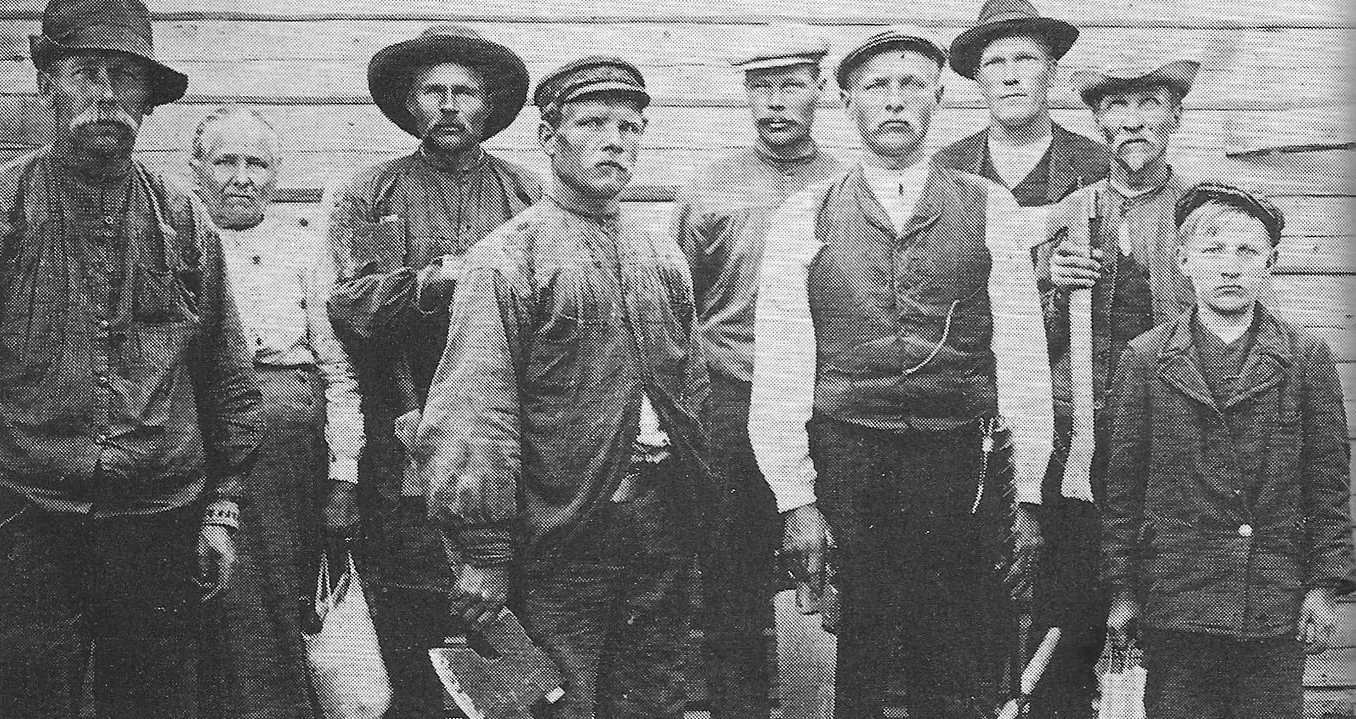 Text
3 of 7
The period of Russification officially started when the Tsar appointed Nicholas Bobrikov as a special governor-general for Finland. Bobrikov’s main task was to remove any Finnish prerequisites that might facilitate autonomy or independence. This included having their own army, postal system and currency. Russian was now to become an official language in the duchy. In 1904 Bobrikov was assassinated, and for a few years the practice of Russification was relaxed. However, a second more robust period of this process was not long in coming.
Image 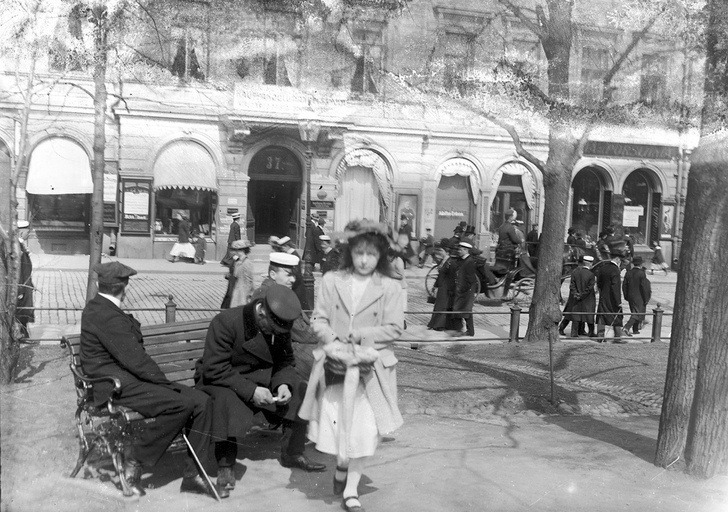 Text
4 of 7
Following the transfer of power to the Bolsheviks in Russia, the Senate of Finland ratified a new Finnish constitution and declared the nation independent. By the end of the year, Lenin’s Soviet government had officially recognized the fledgling country. Thus reassured, other governments soon followed and acknowledged Finland’s sovereignty. This move by Lenin was not made in haste. At the time, the Bolsheviks did not have sufficient control of Russia to quell a rebellion in Finland. Lenin also strongly believed that Finland would gladly come back to the fold of his socialist portfolio.
Image 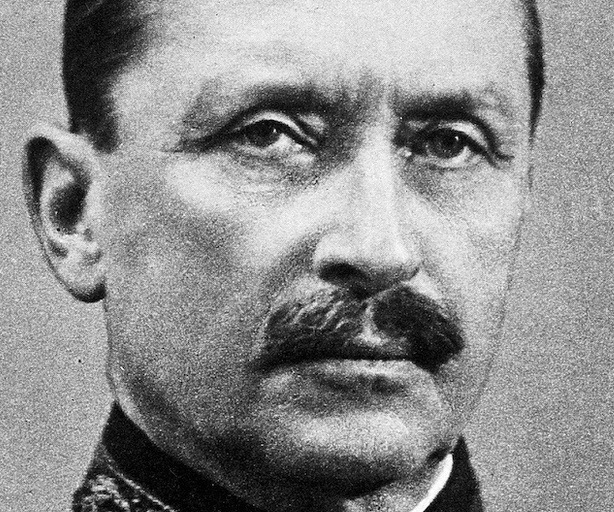 Text
5 of 7
Lenin’s high hopes for a socialist Finland were soon to be dashed by Baron Carl Gustaf Mannerheim, a stern and experienced military commander from the Imperial Russian Army. Internal tensions between the Red and White factions of the Civil Guard and the nearly 40,000 Russian soldiers still stationed in Finland made for an uneasy start. Until the end of February 1918, the war consisted mostly of isolated clashes. By March 1918 the tide of battle had turned in favor of the White Guard. Following fierce fighting in April, the Whites conquered Tampere, the Red’s most important base, thus defeating them.
Image 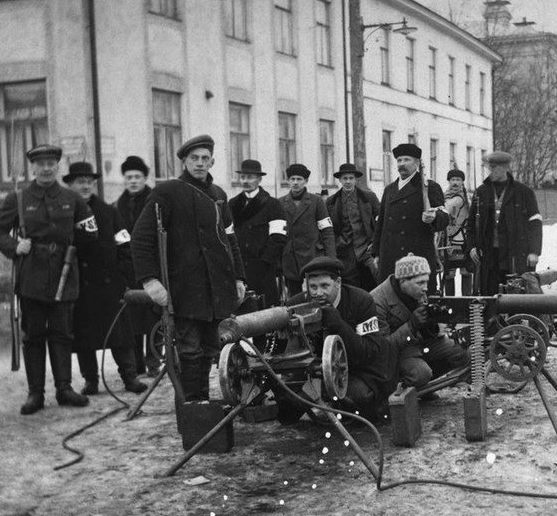 Text
6 of 7
Finland and Soviet Russia signed the Treaty of Tartu after the Finnish Civil War, defining the border between the two countries. With this peace, Finland regained the contested Petsamo region and parts of the Rybachi Peninsula with an important access to the Arctic Sea, but had to give up both the Repola and Porajärvi areas in return. Many Finnish nationals saw this accord as a humiliating defeat, as not all of the Finnic peoples in Karelia gained their independence. What they failed to take into account was that Russia remained a world power while Finland was a small, newly formed nation.
Image 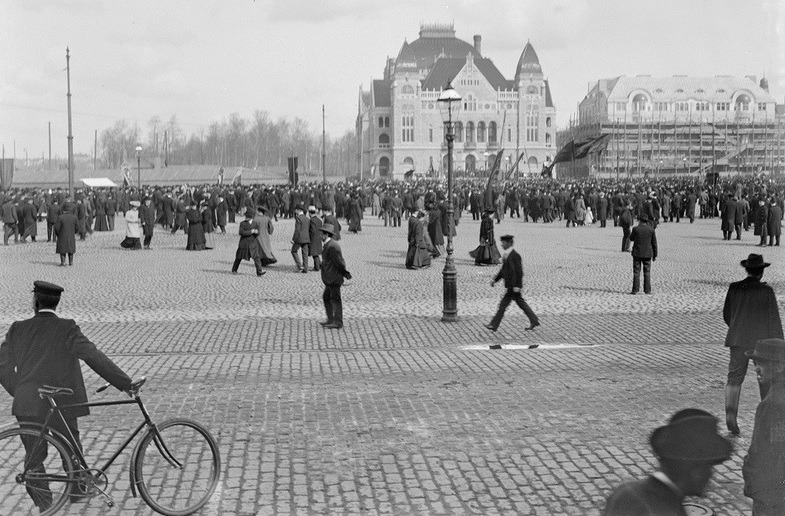 Text
7 of 7
Following the Treaty of Tartu, Finno-Russian relations remained cool. In the following decades Finland put its faith in the League of Nations and its ability to protect smaller nations. The League even made a favorable decision for Finland when it granted it sovereignty over the Åland archipelago. By the mid-1930s, however, public faith in the League was rapidly diminishing.
Image 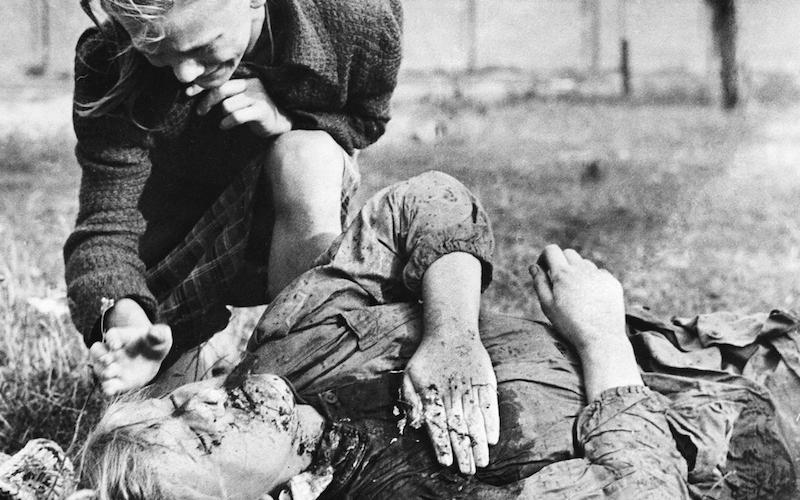 The invasion of Poland was the first battle of World War Two. This operation had the codename ‘Fall Weiss’ or Case White. The invasion was initiated by Nazi Germany and a small Slovak contingent from the newly-created Slovak puppet state.