Close
After the failed German Ardennes Offensive the Allied forces started pouring into Germany. When the Rhine, the last major natural barrier, was crossed German forces retreated deeper into Germany. From that point on, with the Russians also advancing towards Berlin, it was only a matter of time until German defeat was assured.
The Western Allied invasion of Germany started in March 1945 with the crossing of the Rhine. It ended in May when Germany surrendered unconditionally. A few days before the surrender Hitler committed suicide in Berlin. After the war ended many nazis were arrested and tried at Nuremberg for war crimes. Germany was split into four occupation zones: American, French, British and Russian. 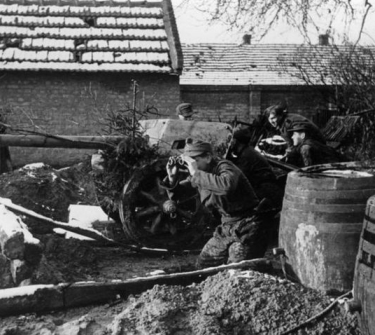 Text
1 of 3
Just as the Red Army's offensive was coming to a halt on the Oder, and the Germans were getting ready for still another counter-attack in Hungary, the Allies in the West, having eliminated the bulge caused by the German December offensive, were getting ready to attack again.
Image 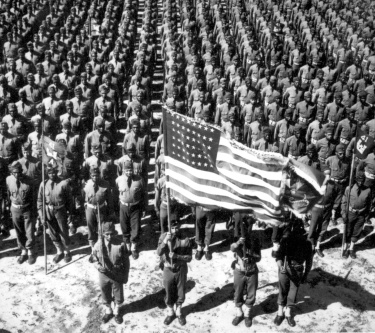 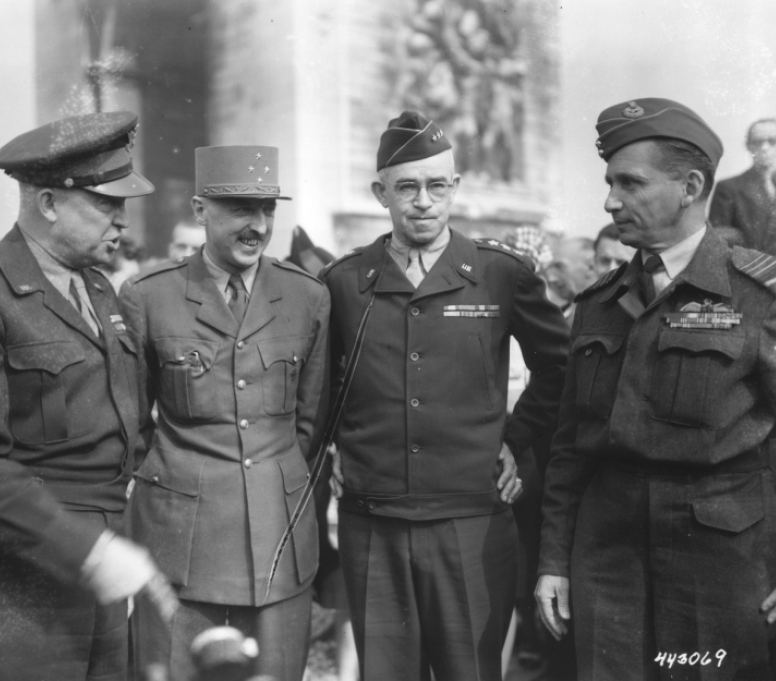 Text
3 of 3
Eisenhower was willing to allow Bradley and Patton considerable leeway. But he warned them that his main emphasis would lie on the British drive to the north of the Ruhr, which Simpson’s Ninth Army would support.
Image

In the last months of World War 2 important German officials like Albert Speer, Alfred Jodl, Hermann Göring, Gerd von Rundstedt, Karl Dönitz, Wilhelm Keitel, Heinz Guderian and evan Hitler himself were well aware that the war had been lost. They nevertheless chose to continue fighting to the bitter end, especially in the east. There the prospect of Russian captivity was not acceptable to them. Many of them knew that they would be tried after the war for war crimes and most likely executed. 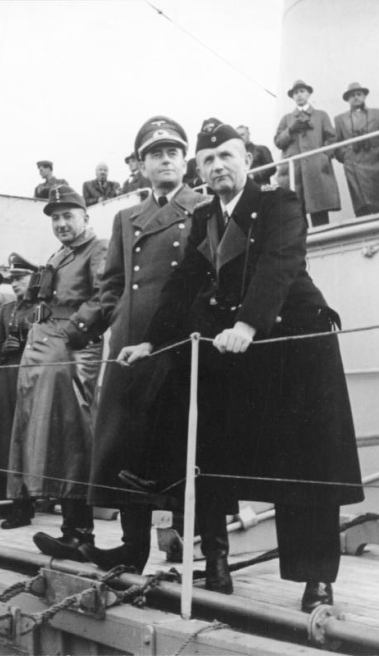 Text
1 of 4
After a Führer-conference in February 1945 that Albert Speer tried to explain to Dönitz how the war was certainly lost, with the maps there showing ‘a catastrophic picture of innumerable breakthroughs and encirclements’, but Dönitz merely replied, ‘with unwonted curtness’, that he was only there to represent the Navy and ‘The rest is none of my business. The Führer must know what he is doing.’
Image 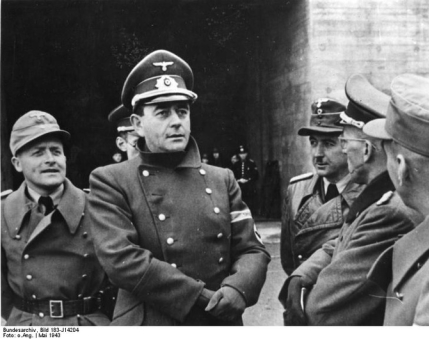 Text
2 of 4
Speer believed that had Göring, Keitel, Jodl, Dönitz, Guderian and himself presented the Führer with an ultimatum, and demanded to know his plans for ending the war, then ‘Hitler would have had to have declared himself.’ Yet that was never going to happen, because they suspected – half of that group correctly – that there was soon to be only a rope at the end of it.
Image 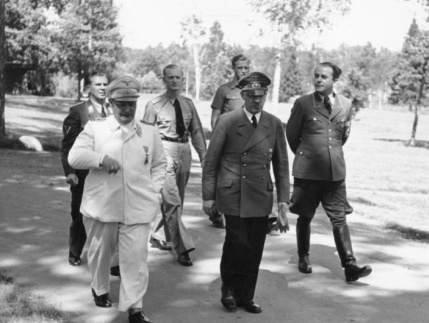 Text
3 of 4
Speer approached Göring soon after he had spoken to Dönitz. The Reichsmarschall readily admitted that the Reich was doomed, but said that he had ‘much closer ties with Hitler; many years of common experiences and struggles had bound them together – and he could no longer break loose’.
Image

Text
4 of 4
Hitler knew that the war was lost too: criticizing a proposal by Rundstedt to move men south from the sector occupied by the 21st Army Group, he perceptively pointed out: ‘It just means moving the catastrophe from one place to another.’
Image