Text
1 of 6
A common misconception is that when World War II ended, the United States, the Soviet Union and Britain were close allies, whose relationship only broke down in the following years. In fact the hostility of the west towards the Soviet Union dates back to its foundation. What is unarguable is that from the moment the Bolsheviks seized power, foreign governments sought to bring them down.
Image 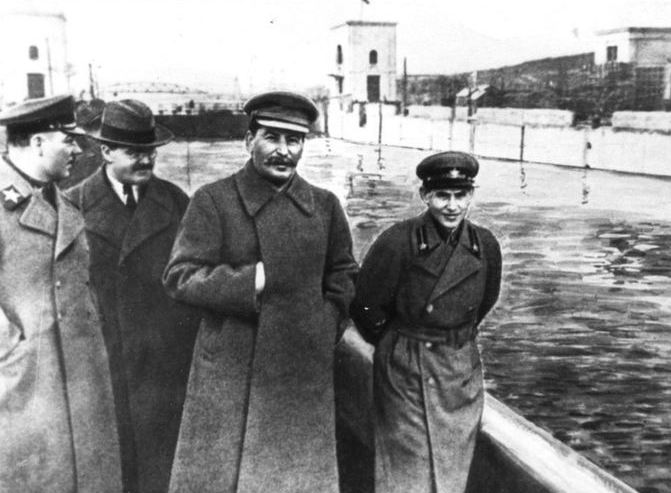 Text
2 of 6
After Stalin’s purges of his former colleagues and of the Red Army in the late 1930s, Stalin’s will was unchallenged. These purges disgusted Soviet experts in the State Department and US diplomats in Moscow, such as George F. Kennan: men who were to emerge in senior positions in the State Department and the American diplomatic service during and after the Second World War, with their suspicions of the Soviet Union undiminished. They were to exercise a significant influence on American foreign policy during the early stages of the Cold War.
Image 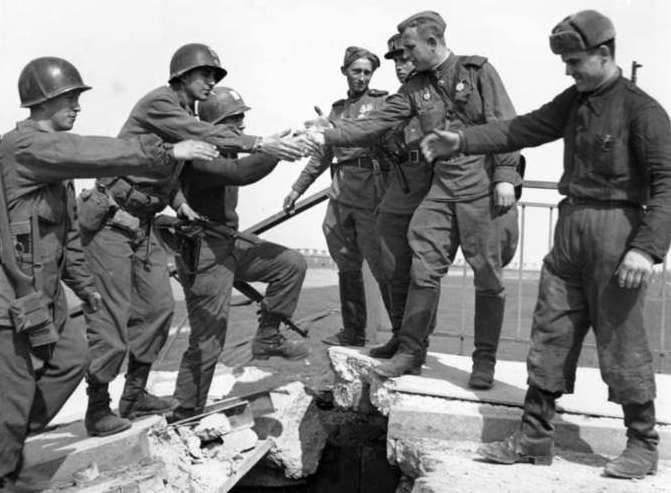 Text
3 of 6
Before the Second World War, the Soviet state was only an intermittently important actor in European politics, and was often ignored or marginalized by the other great powers. After the war, however, the Soviet Union came to head a powerful military-political bloc of states in Eastern Europe.
Image 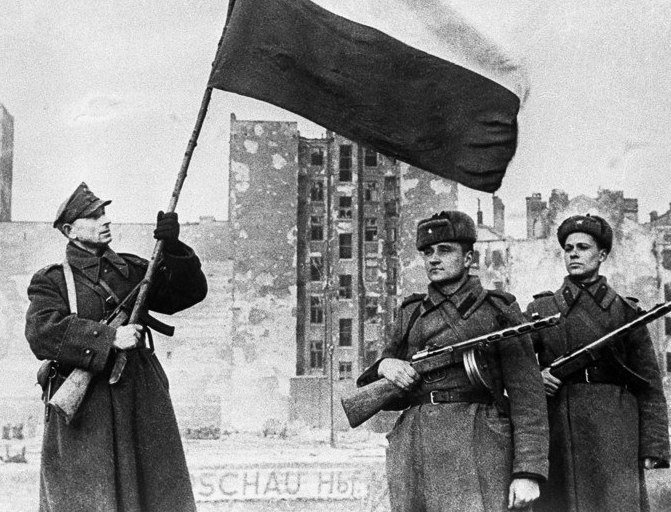 Text
4 of 6
A classic marriage of convenience, the wartime alliance between the globe’s leading capitalist power and its chief proponent of international proletarian revolution was riddled from the first with tension, mistrust, and suspicion. Beyond the common objective of defeating Nazi Germany, there was little to cement a partnership born of awkward necessity and weighed down by a conflict-ridden past.
Image 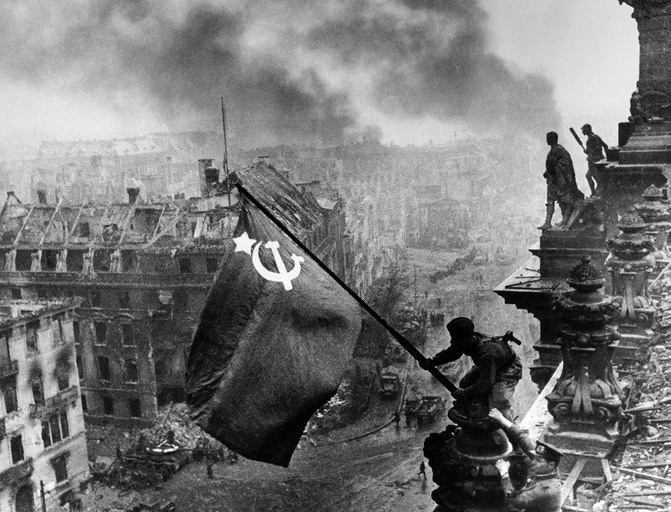 Text
5 of 6
The Red Army’s repulse of the German invasion of Russia and its victorious march to Berlin was the mightiest feat of arms the world had ever known. The communist system survived the supreme test of war and, by the end of hostilities, the Red Army occupied half of Europe. In 1945 it was expected that the wartime coalition of Britain, the Soviet Union and the United States would continue in peacetime. That was the prospect proclaimed by the leaders of the Grand Alliance at the Yalta and Potsdam conferences and the vision acclaimed by the citizenry of the victorious allied nations. But the peacetime Grand Alliance proved to be short-lived.
Image

Text
6 of 6
The most overt face of the Cold War was the east-west division of Germany, a Europe divided by the so-called ‘iron curtain’ into competing liberal-democratic and communist camps, and the emergence of two antagonistic military-political alliances, NATO and the Warsaw Pact. Then there were the great international crises of the Cold War era — Berlin, Korea, Cuba and Vietnam — which at times seemed to threaten the outbreak of a new world war. Adding to the drama of these moments of confrontation was the perception of a deeper economic, political and ideological competition between the Soviet and western blocs.
Image

The historical background for the Cold War was created by the expansion of capitalist economies in ever-widening circles from the West European and North American cities in the nineteenth century. While offering plentiful opportunities for people to change their own lives, the new economic system also created recurrent social and political crises, such as the depressions of the 1890s and 1930s, which were followed by World Wars I and II. Given the many underlying strengths of the economic system, it is reasonable to believe that the utopian and authoritarian alternatives to liberal capitalism – such as National Socialism, Fascism, and Communism – would not have stood a chance of mass popular support if not for these crises. Instead, by the middle of the twentieth century, for many people capitalism had ... become synonymous not with progress, but with wars and economic collapse.read more 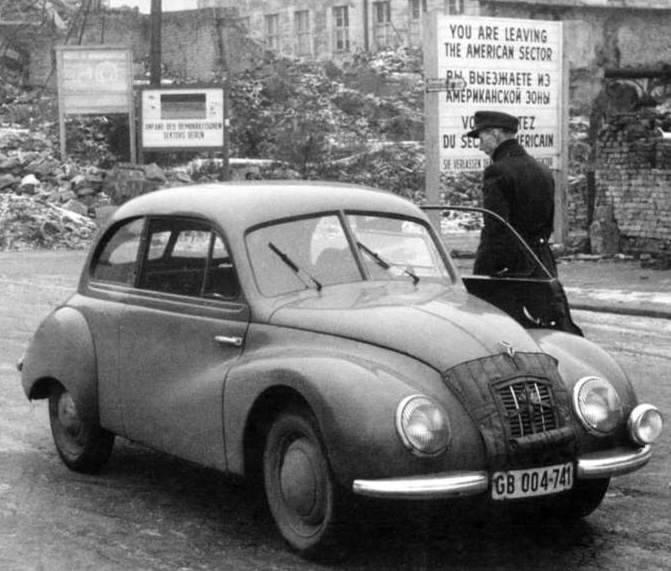 Text
1 of 2
The after-effects of the two great wars of the twentieth century did more than anything else to shape the Cold War. In addition to the impression of systemic crisis that the wars created, they removed, through the destruction and economic decline that they caused, much of the primacy that the main Western and Central European powers had held in international affairs. The wars also led to an unprecedented emphasis on national security, in which domestic surveillance and international intelligence gained a significance never seen before. The losses suffered by the powers involved in the wars convinced two generations of leaders that lack of military preparedness and political determination had to be avoided at all costs in the future.
Image 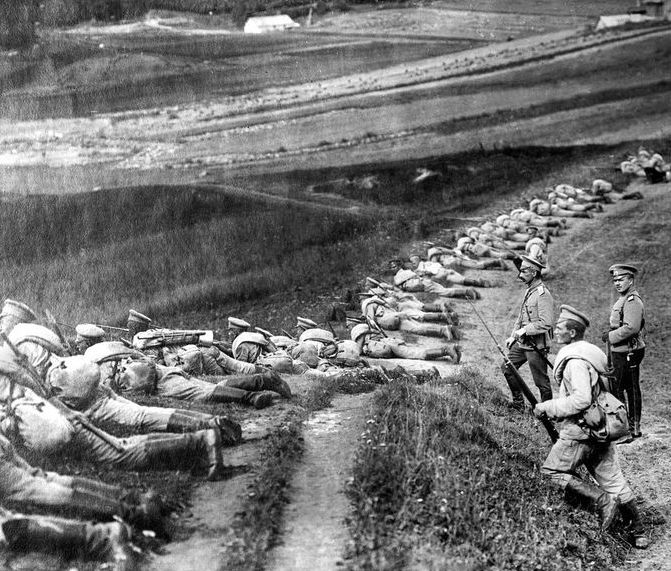 Text
2 of 2
The great wars of the twentieth century contributed decisively to the creation of the modern state. Without the increase in the cohesion, the strength, and the reach of the state that took place in the first half of the century, the form of rivalry that the Cold War took would have been impossible. The sheer expense of the conflict, both military and civilian, would have destroyed states if they had not already been primed for the effort. Also, without the experience of two world wars, states would not have been able to mobilize their citizens for a war that had few big battles and little visible heroism.
Image