Text
1 of 2
The Russian Revolution, beginning in March, enabled the Austrians to transfer formations from the east to augment their forces on the Isonzo and Trentino fronts.
Image

Text
2 of 2
At the end of August the Italians seemed on the point of final victory. Austrian morale was crumbling as non-Germanic regiments lost their stomach for the war. However, the Italians were forced to put their forces on a defensive status, while they reorganized themselves, built up their reserves and rested ready to renew the attack in 1918. At the same time, the Austrians were, if anything, in a worse state: exhausted from the long war with Russia, Serbia and now the Italians.
Image

An Italian attack was planned for early December 1916. On the 7th, a break in the bad weather allowed the artillery to warm up. But the winter soon closed in again and the infantry stood down. According to General Luigi Cadorna, the Italian Chief of Staff, the troops in the Vipacco valley were drowning in mud. The postponement would last five months. Minor actions flared here and there as the Austrians tried to wrest back the territory they had lost in August. Still, the front was relatively calm and sometimes completely so.

Text
1 of 1
General William Robertson was struck by the ‘absolute quiet’, broken by an occasional rifle shot: ‘a very different state of affairs from what we were accustomed to on the Western Front’.
Image 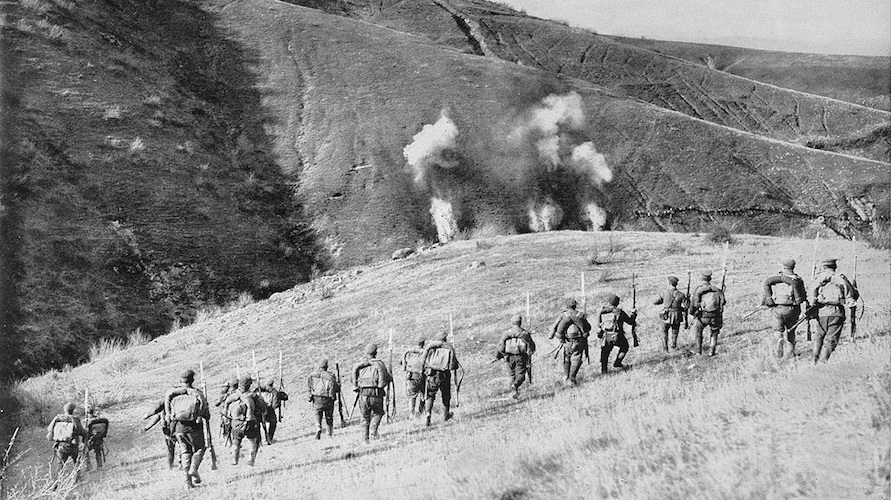