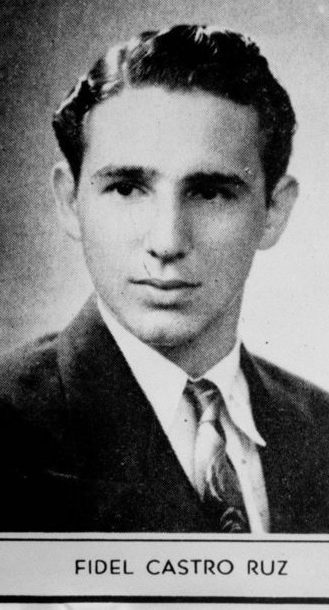 The US influence in Oriente Province was pervasive with the United Fruit Company, the Dumois-Nipe Company, the Spanish American Iron Company and the Cuba Railway Company dominating the economy. The US government owned the Nicaro nickel deposits just a few miles down the coast. The vast majority of Cubans lived in poverty while Americans enjoyed their own polo club, swimming pools, schools, stores and hospitals. 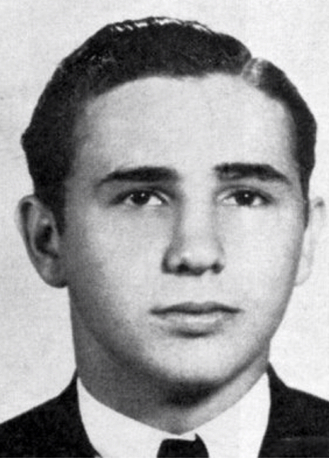 Castro has never talked much about his father, but evidence indicates that they were neither close nor affectionate. He once referred to his father as “one of those who abuse the powers they wrench from the people with deceitful promises.” In an interview with the noted biographer Lee Lockwood, Castro indicated that his father never paid taxes on his land or income and showed his contempt for him by saying that his father “played politics for money.” Castro’s father died in 1956. 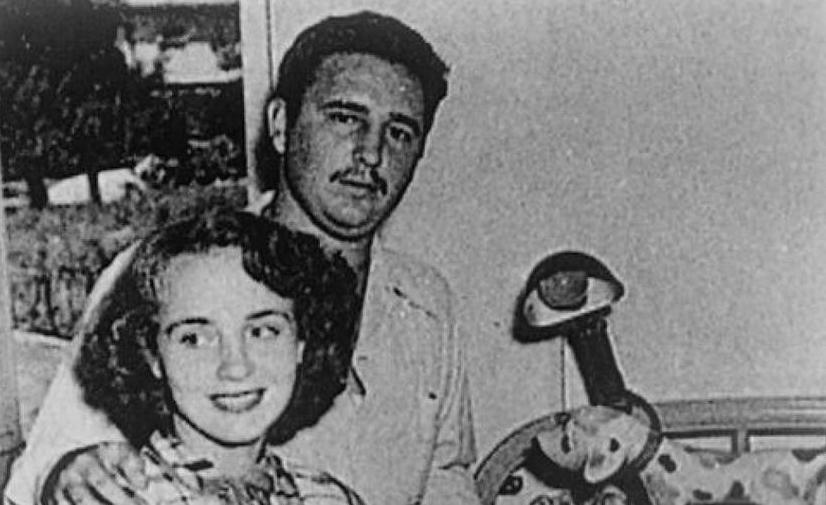 Castro married Mirta Diaz-Balart in 1948. Castro’s son Fidelito was born in the same year. Mirta later divorced Castro and remarried. In the 1950s Castro had an affair with Natalia Revuelta. They had one child, Alina Fernandez, who was critical of Castro’s government. In 1993 Fernandez left Cuba. During the literacy campaigns of the 1960s Castro met and married Dalia Soto del Valle, a school teacher. They have 5 sons. 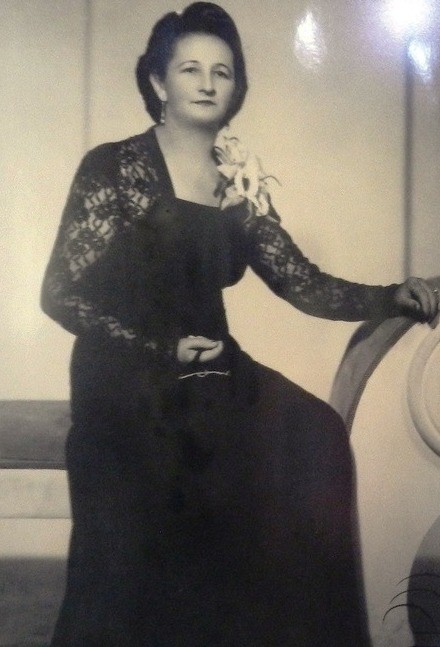 Castro’s mother protested when the 26th of July Movement burned sugar cane on the family plantation and was outraged when the hacienda was nationalized under her son’s agrarian reform policies. 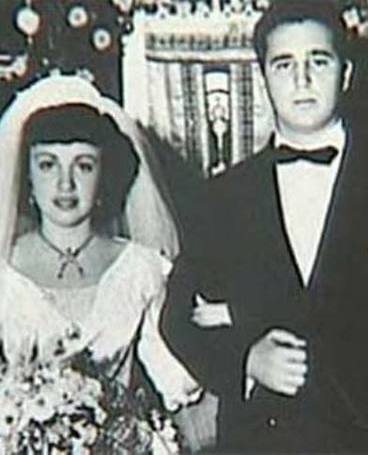 Mirta’s father and brother were government officials in the Prio government and never approved of the marriage. While Castro was in prison on the Isle of Pines, Mirta was desperate for money. Her brother arranged for her to receive a monthly allowance from the government. When Batista’s minister of the interior heard that Castro’s wife worked for the Batista government, he published this fact and then dismissed her.

At an early age, Castro was sent off to school in Santiago where he stayed with godparents who mistreated him. His first memory of an event that “left a lasting impression” on him concerning the brutal nature of politics in Cuba occurred in Santiago. In 1942, a tall, heavy and powerfully built Castro attended Colegio de Belen, the prestigious Jesuit preparatory school located in Havana where his best subjects were agriculture, Spanish and history. He started studying law at the University of Havana in 1945. This period of Castro’s life is very controversial and it is difficult to separate myth from reality. It was during this time that he became politically active. 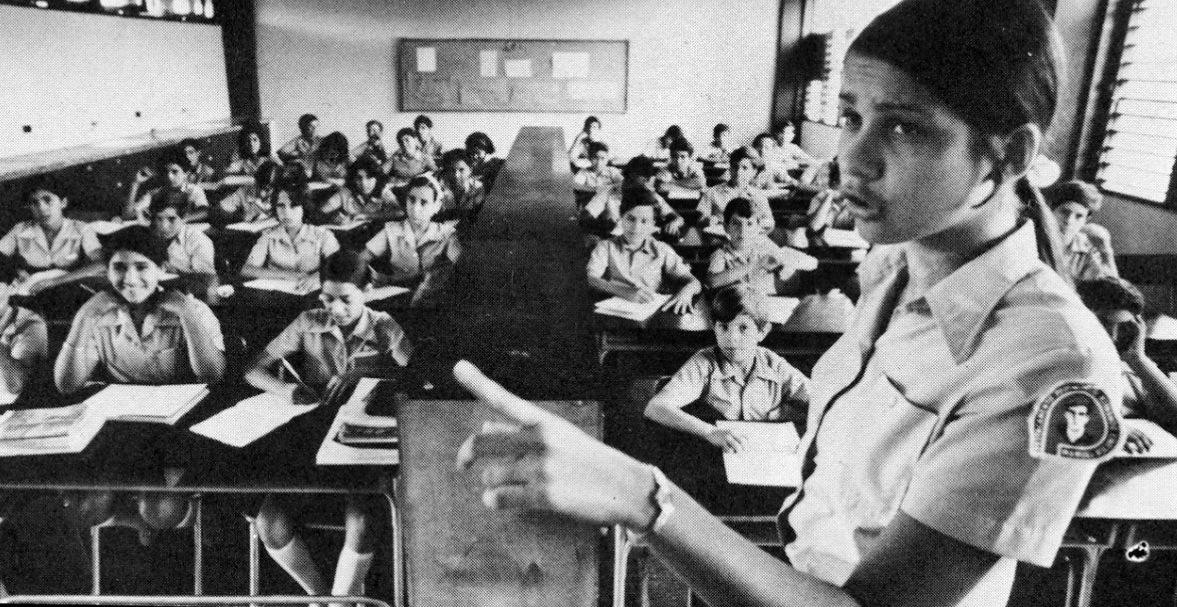 In Santiago, a group of sailors claimed that some students had said something about them. They followed the students into a nearby building, beat them with the butt of their guns and hauled them to jail. 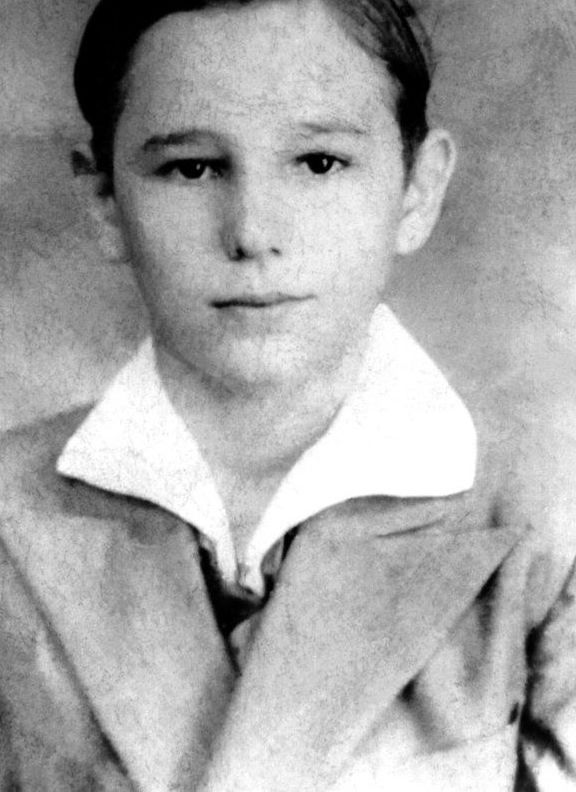 Although not the best student, Castro loved the study of history. He was quite rebellious and at the age of thirteen he tried to organize a strike of sugar workers against his father. 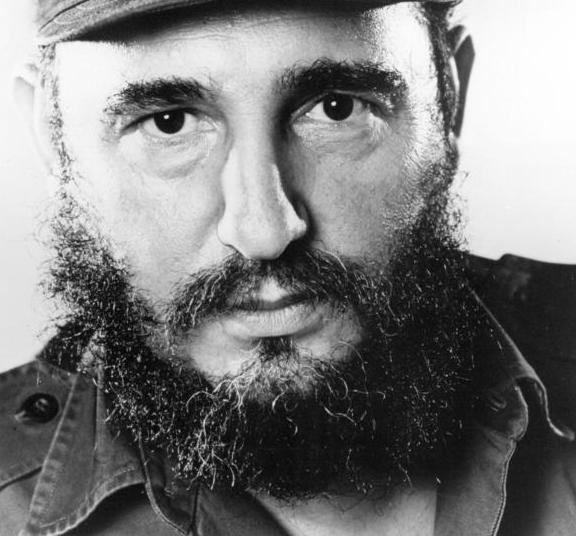 One day he quarreled with an older and bigger student who beat him until he could not continue. The next day Castro came back for more and was beaten again until the two were separated. Castro came back for more on the third day and again was beaten, but the other boy had had enough and conceded a moral victory to Fidel. Clearly, one of Castro’s defining characteristics is that he will not accept defeat. 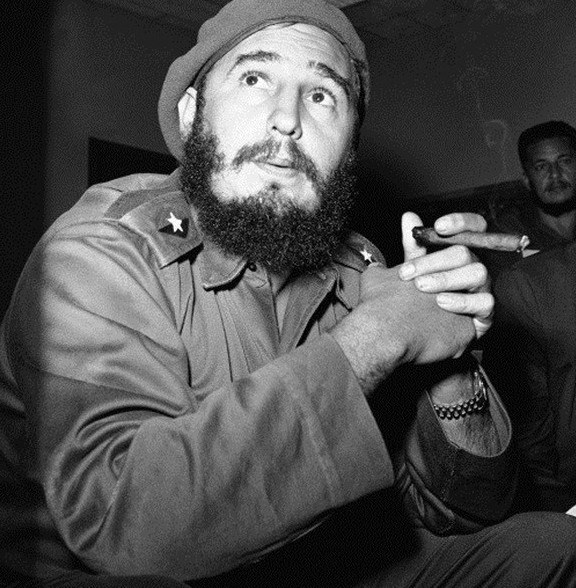 Cuban university students had been politicized since the presidency of Machado and the rivalry between the major student groups on campus escalated, with the use of guns, violence and kidnappings being very common. Castro became part of this environment and excelled in it by seeking a student leadership position. 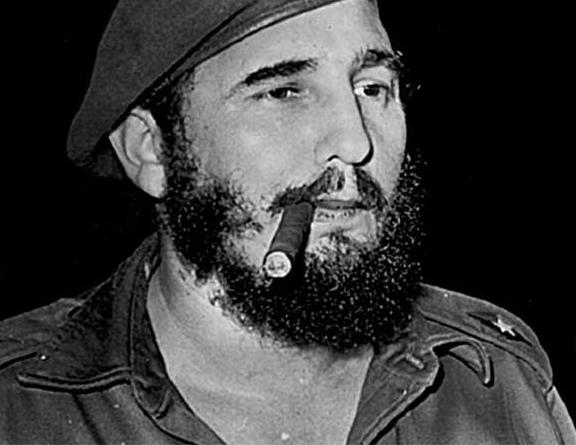 Castro took part in the failed invasion of the Dominican Republic organized by several student groups in 1947. The purpose was to overthrow the dictator Rafael Trujillo. The ships were to set sail from the Bay of Nipe and Castro was in charge of Dominican exiles. At the insistence of the United States, President Grau stopped the invasion and most of the participants ended up being arrested. Castro escaped by swimming across the shark-infested waters of the Bay of Nipe to his father’s plantation.

The events early in his life shaped Castro’s struggle with Batista from the attack on Moncada to prison on the Isle of Pines to the Sierra Maestra to his arrival in Havana. They shaped his revolution once he was in power. The athletic and charismatic Castro was mischievous, rebellious, calculating and opportunistic. He never accepted defeat—it was only a temporary setback. He was both an idealist and a pragmatist. Castro had a flare for the dramatic and an intuitive sense of the importance of public relations and the use of the media to his advantage. He was somewhat of a loner and rarely confided completely in anyone. He typically learned by trial and error. 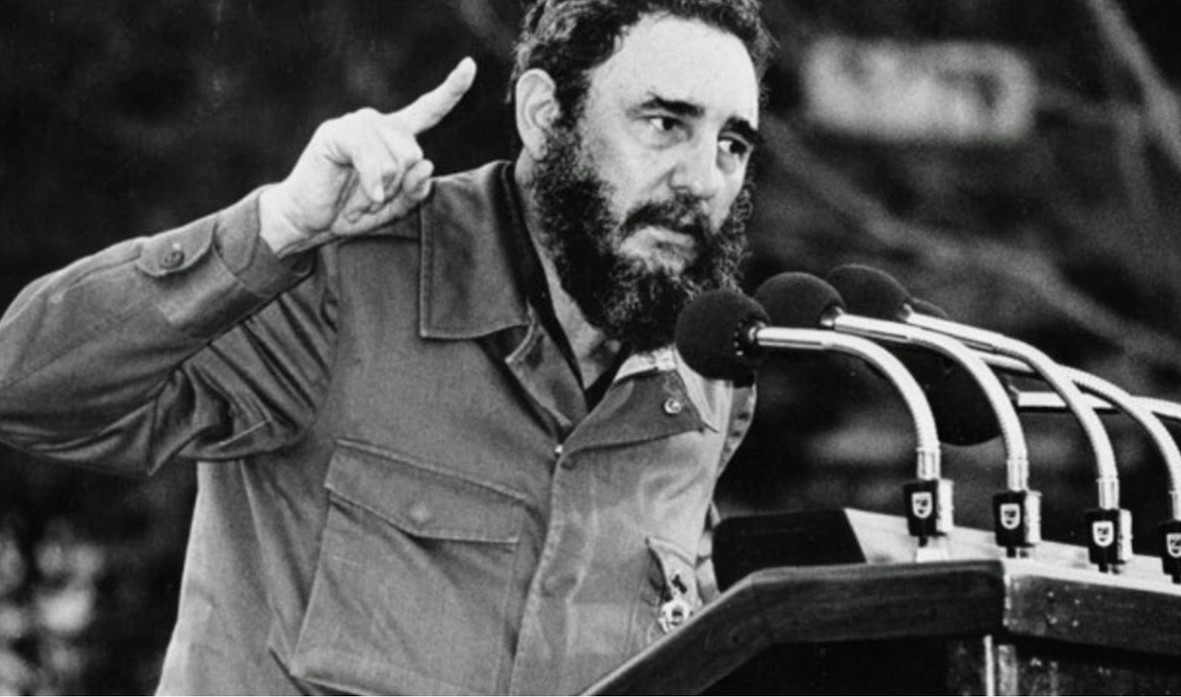 Castro had a strong sense of the history of Cuba. He saw the need to “overturn the economic status of the nation from top to bottom— that is to say the status of the mass of the people, for it is here that one finds the root of the tragedy [in Cuba].” He saw the pervasive influence and domination of Cuba by the United States. His goal was to carve out a Cuban identity and nationalism separate from the United States—a true Cuban identity.

The charismatic Castro had come to dominate the political scene like no Cuban leader before him. He defied the United States and created the first communist government in the Western Hemisphere, although it clearly reflected his own revolutionary design and imprint. A socialist economy was developed with programs designed specifically to redistribute wealth and address the needs of the poor majority in Cuba. 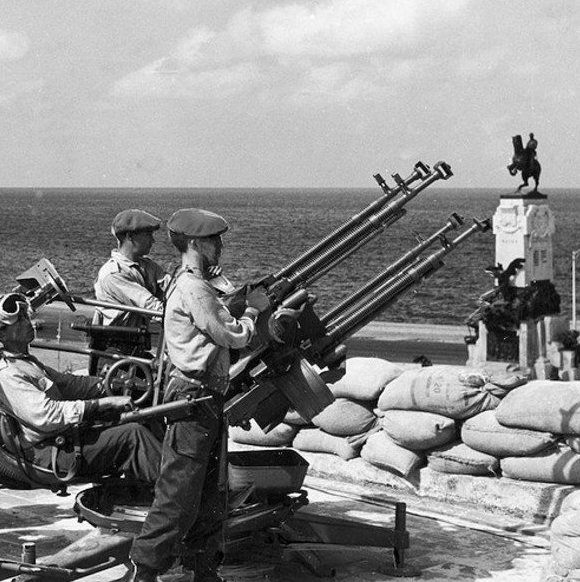 Fueled by the mutual suspicions of the Cold War, the relationship between the United States and Cuba rapidly deteriorated to the point of outright hostilities during the ill-fated attempt by US government–supported Cuban exiles to topple Castro in the Bay of Pigs invasion and, later, the nuclear confrontation in October 1962. 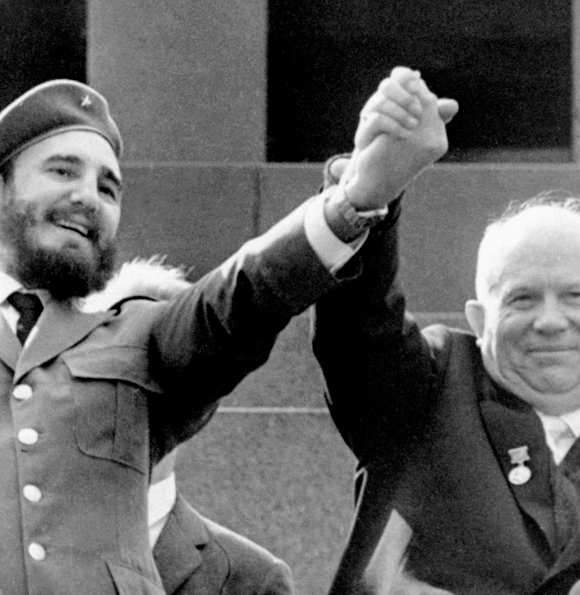 Mutually beneficial ties between Cuba and the Soviet Union were established and although the nature of these ties changed over the course of the Cold War, each country used the other to achieve its own national objectives.

Fidel was Cuba’s de facto leader for 46 years. In 2006, forced by his ailing health, Castro retired and handed Cuba’s destiny to his brother Raul. Raul Castro became president in 2008 and launched a series of slow-moving and limited socio-economic reforms. Fidel Castro died in 2016 at age 90. As of 2017 Raul Castro announced he would be stepping down as president.

Castro polarized world opinion. His supporters view him as a champion of the socialist cause and a anti-imperialist. His opponents view him as a brutal dictator who committed human rights abuses and oversaw the impoverishment of Cuba’s economy. 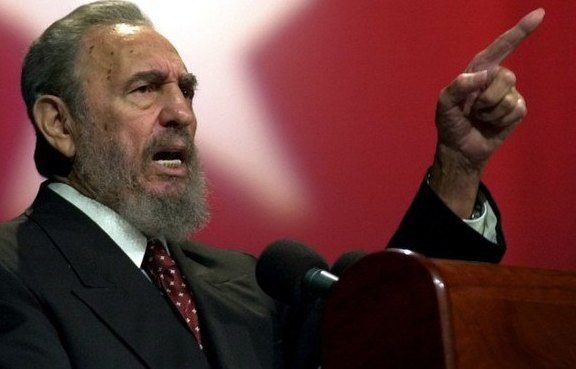 Castro had surgery for intestinal bleeding in 2006 and he handed over his presidential duties to his brother Raul. On this occasion US President George W. Bush said: "One day the good Lord will take Fidel Castro away." The atheist Castro ironically replied: "Now I understand why I survived Bush's plans and the plans of other presidents who ordered my assassination: the good Lord protected me." 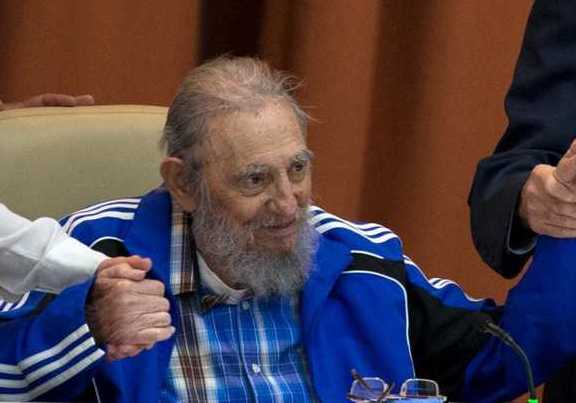 In 2010, on the eve of the release of the first volume of his memoirs, The Strategic Victory, he remarked to a reporter from the United States that “the Cuban model doesn’t even work for us anymore.” Many took his comment as an admission of the failure of communism. However, Fidel Castro was quick to qualify his remarks in a speech that followed a few days later. Most analysts saw his remarks as offering support for Raúl’s introduction of economic reforms that included a massive layoff of government employees as well as increased toleration of private enterprise. In 2011 Fidel stepped down as secretary-general of the Communist Party of Cuba and was succeeded by Raúl. 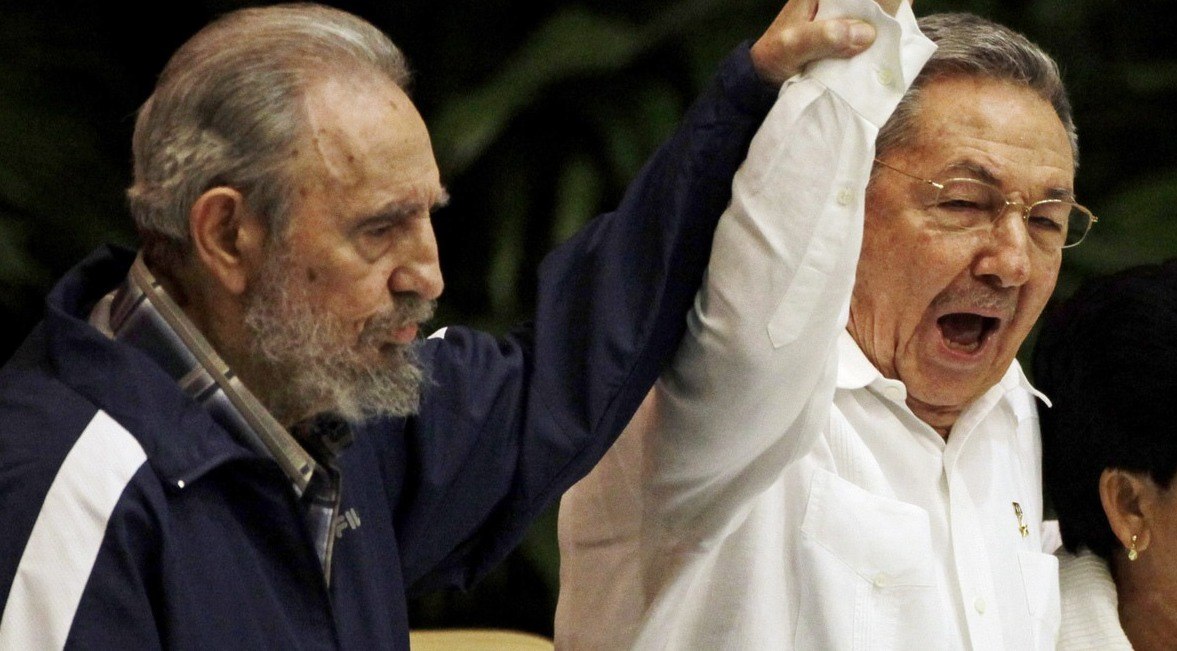 In March 2016 Fidel, who seldom had been seen in public in recent years, made a high-profile appearance in print when he responded to US President Barack Obama’s historic visit to Cuba with a letter in Granma. In the letter, titled “Brother Obama,” he recapped the aggressive US policy toward Cuba during the Cold War and castigated Obama, the first sitting US president to visit the island in nearly 80 years, for not acknowledging the accomplishments of the Cuban Revolution, including its efforts to eradicate racism.