Close
The Burma Campaign was fought primarily between the British and Japanese empires for control of the British held colony. As the war progressed both sides received aid from other factions: Britain from the US and China and the Japanese from the Indian National Army. The campaign for Burma commenced in 1942 with a Japanese invasion of the territory. This initial phase lasted only a few months and resulted in the expulsion of the British from the region. Afterwards the British organized a few guerilla style incursions in the now occupied territory, but no major battles were fought until 1944 when a major Japanese offensive into India was stopped at the battles of Imphal and Kohima. Afterwards the tide of war shifted by a series of Allied forces advancements into Burma. ... The region was reoccupied by the Allies by mid 1945.read more
The Burma Campaign was initiated when the Japanese invaded the British colony of Burma, modern-day Myanmar. The campaign was fought between Britain and China, with support from the US, on one side and the invading armies of Japan, supported by Thailand and the Indian National Army, on the other. The campaign began in 1942 with the Japanese attack. Failed attempts by the Allies to eject the enemy from Burma led to the conflict being prolonged into 1943 and beyond. 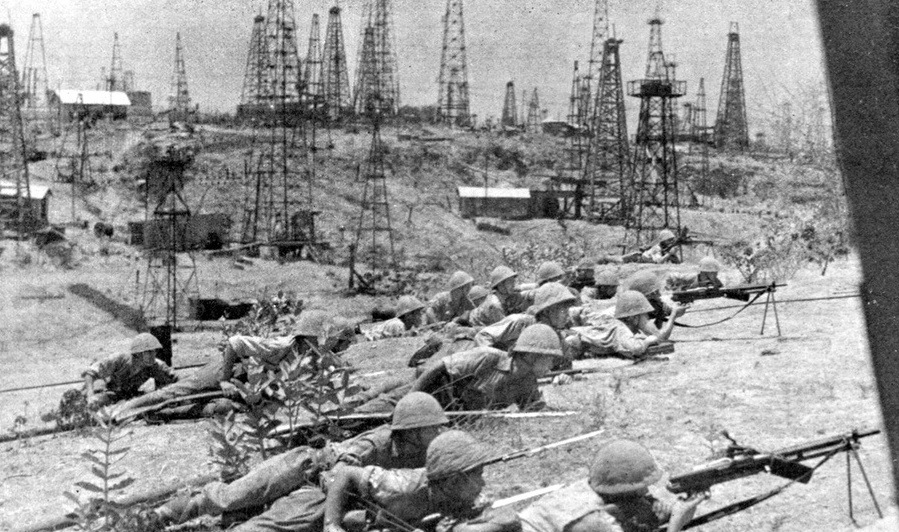 Text
1 of 6
The conquerors, emboldened by their Malayan triumph, seized the opportunity to occupy British Burma as well, partly to secure its oil and natural resources, and partly to close the ‘Burma Road’ to China.
Image 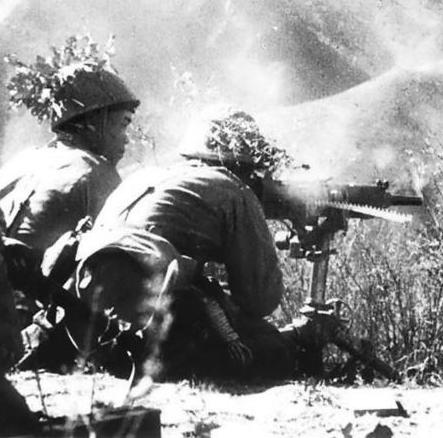 Text
2 of 6
Without adequate reinforcements and under poor military leadership, the small forces defending Burma could not hold the advancing Japanese, who pushed forward across southern Burma and effectively cut off the remaining British units from their main supply route by sea, by seizing Rangoon. The few British reinforcements and belated Chinese units that could still get to Burma were quite incapable of halting the Japanese drive north. A new commander, General Sir Harold Alexander, was sent by British Prime Minister Winston Churchill to take charge. He could add his calmness and good sense but little else.
Image

Text
3 of 6
Alexander commanded the British troops which were forced steadily northwards as the Japanese drove first to Lashio, where the railway ended and the Burma road into China began, and then to the great center of Mandalay to the south and the other important railhead, Myitkyina to the north. Chinese forces helped in the defense, but no firm front could be held anywhere.
Image 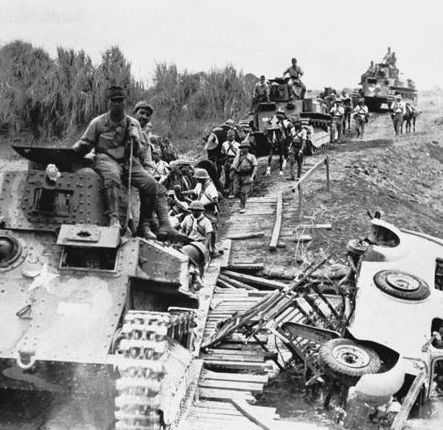 Text
4 of 6
The Japanese were successful in containing the efforts of the so-called Chindits, a special force organized by Orde Wingate to disrupt Japanese communications in the interior of Burma by the employment of columns of specially trained soldiers supplied by air. The remnants of Wingate's force were chased out, but at least he had shown that, contrary to the belief of many, British and Indian soldiers were not afflicted with some special hereditary incapacity for fighting effectively in Burma.
Image

Text
5 of 6
In the spring of 1944 the Japanese Army launched its ‘U-Go’ offensive toward Imphal and Kohima with the intention of seizing these towns as a base for a subsequent attack to cut the Assam railway at Dimapur, a mere thirty miles northwest of Kohima. The British and Indian soldiers fought bravely and desperately, allowing themselves to be cut off and surrounded rather than simply retreating, and continued to fight instead of surrendering when surrounded. Additional troops were flown in and again supplied by air. In the end the Japanese had to retreat.
Image 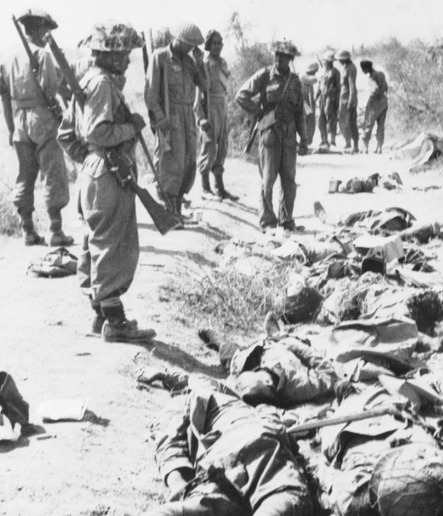 Text
6 of 6
In the spring of 1945, Indian and British forces led by Major-General William Slim conducted a brilliantly successful campaign to recapture Burma. This was irrelevant to the outcome of the war – as both Slim and Churchill anticipated from the outset – because the United States Navy had already established a stranglehold on Japan in the Pacific. But it did something to restore the battered confidence and fallen prestige of the British Empire, and laid bare Japan’s vulnerability.
Image

The Japanese had been planning the invasion of Burma for four years, and it was forced through with the same speed and resolve as elsewhere. As a springboard for the possible invasion of India, a means of keeping long-range enemy aircraft away from Malaya and especially of closing off the Allies’ Burma Road land route to China, thereby finally breaking the Chinese Generalissimo Chiang Kai-shek’s land communications with the outside world, the conquest of Burma was a vital military objective for the Staff planners in Tokyo.

Text
1 of 1
Burma had been part of the British Empire since Winston Churchill’s father Lord Randolph annexed it when he was secretary for India in 1886. The country was rich in oil and minerals, and would be an important staging post for the Allies in any attempted counterattack against the Axis powers.
Image