Close
During the Battle of Iwo Jima American marines landed on the island of Iwo Jima and eventually captured it from the Japanese Army. The main goal of the American campaign was the capture of the airfields located on the island so that they might be used as staging area for future campaigns against the Japanese. The battle is noteworthy for being one of the bloodiest in the entire Pacific war.
The battle of Iwo Jima was a conflict on the Pacific Front of World War Two in which American forces landed on the island of Iwo Jima and, after heavy fighting, defeated the Japanese forces that were defending the island. The battle was significant because the capture of the island, with its three airfields, enabled the Americans to use Iwo Jima as a staging area for future attacks against the main Japanese islands. The battle is also notable for being one of the bloodiest of the Pacific Theater of World War Two. 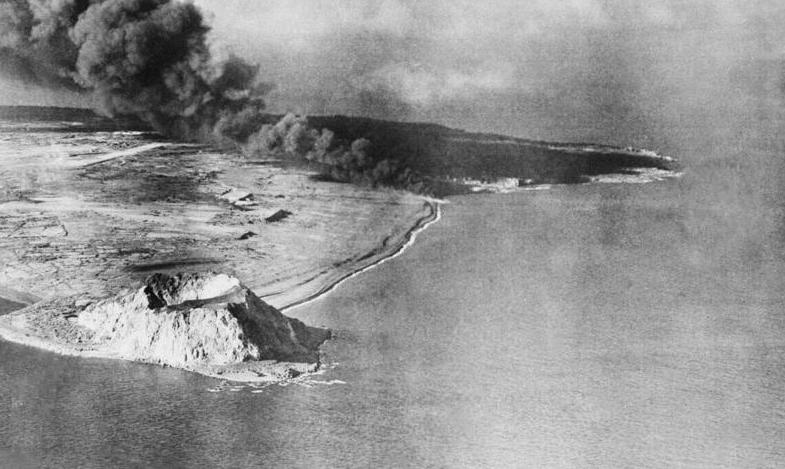 Text
1 of 4
The US landings on the small but strategically vital island of Iwo Jima proved that the Japanese had no intention of giving up simply because they could no longer win the conflict. The Americans needed Iwo Jima as a base from which to fly fighter escorts protecting bombers, and as a place where damaged bombers could return after smashing the Japanese mainland.
Image 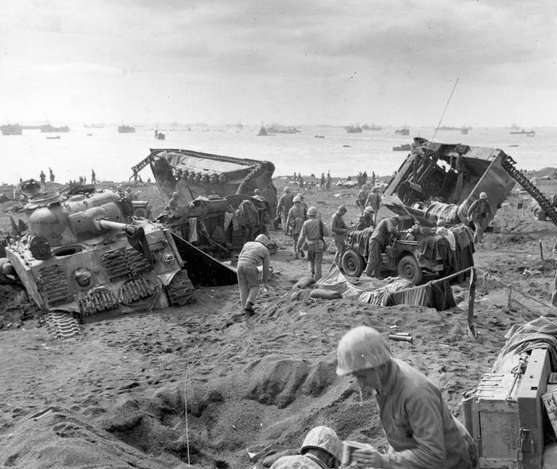 Text
2 of 4
Dominated at the southern tip by the extinct volcano of Mount Suribachi, five hundred feet high, in the north the island rose to a plateau, thick with jungle growth. Iwo had been claimed by Japan in 1861, and used for growing sugarcane. A Japanese garrison officer described it sourly as ‘a waterless island of sulphur springs, where neither swallows nor sparrows flew.’
Image 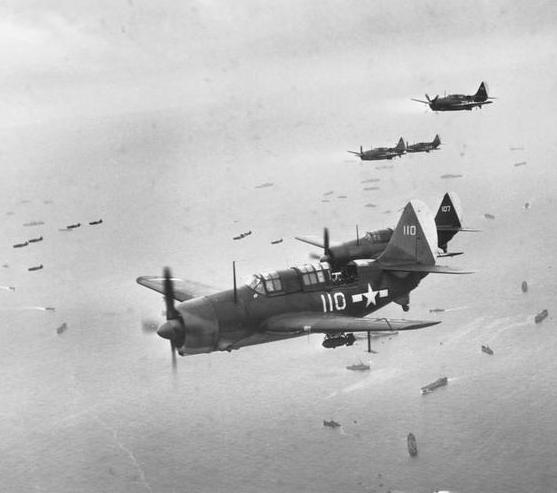 Text
3 of 4
The perceived importance of this tiny island derived, as usual, from airfields. During the last months of 1944 and the early weeks of 1945, American aircraft pounded Iwo Jima on seventy-two days. As fast as Japanese squadrons reached the island, their planes were destroyed in the air or on the ground. The usefulness of the base to Tokyo thus shrank to the vanishing point. Yet, in the boundless ocean, the US Navy coveted Iwo Jima as one of the few firm footholds on the central axis of approach to Japan.
Image 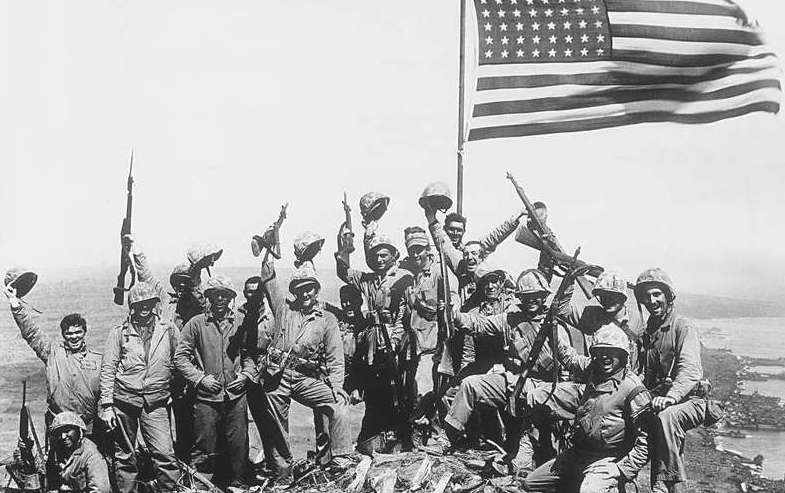 Text
4 of 4
All battles break down into a host of tiny, intensely personal contests, but this was especially true of Iwo Jima. Each man knew only the few square yards of rock, vegetation and stinking sulphur springs where he sheltered, crawled, scrambled and fought with a shrinking handful of companions.
Image

None of the senior commanders thought Iwo Jima would be easy, but at least they would have weeks to bombard the island while they waited for the navy to reorganize their task forces after the Philippines landings. Carrier aircraft on wide-ranging raids and B-24s based in the Marianas would ensure air superiority. General Henry Arnold reassured the admirals and Marine generals that Iwo Jima would be worth the price of an estimated 10,000 Marine casualties, since its seizure would eliminate a Japanese fighter base and radar station. In American hands, Iwo Jima would provide an emergency landing site for B-29s, an airfield for escort fighters, and a base for air-sea rescue operations. 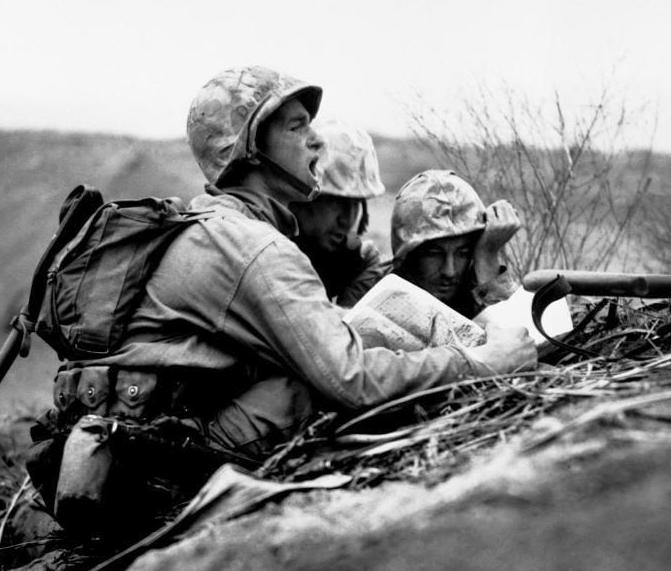 Text
1 of 2
In the autumn of 1944 the joint chiefs mandated the island’s seizure. After various American hesitations and delays, which served the defenders’ interests much better than those of the invaders, an armada was massed. Even as Douglas MacArthur’s soldiers battered their way across the Philippines, three Marine divisions were embarked.
Image 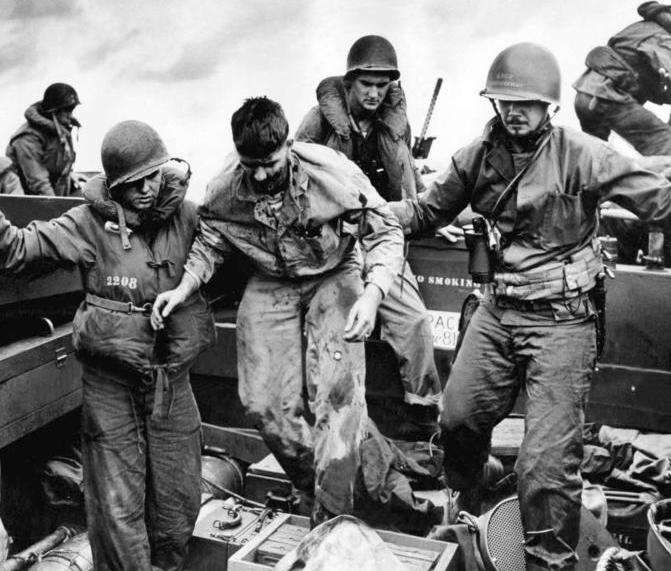 Text
2 of 2
The naval gunfire plan — four days of both pinpoint and area fire from battleships’ main batteries down to special rocket-armed landing craft — would have leveled any atoll or cleared the beaches of another Saipan and Guam. But Iwo Jima was neither. It was one huge, fortified volcanic rock. Throughout the four days of naval shelling, the Japanese sat tight and held their fire.
Image 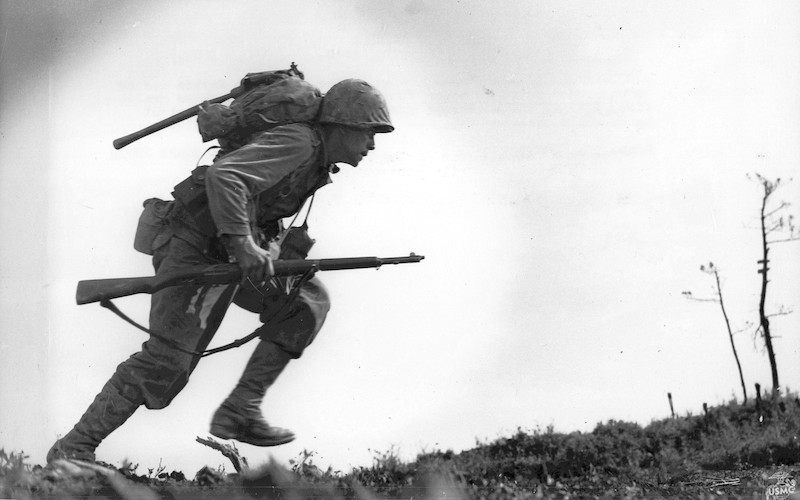 During the last stage of the war against Japan, the US invaded the Japanese island of Okinawa. The fierce japanese resistance convinced the American policymakers to make use of the Manhattan Project's atomic bombs and not to invade the main Japanese islands. 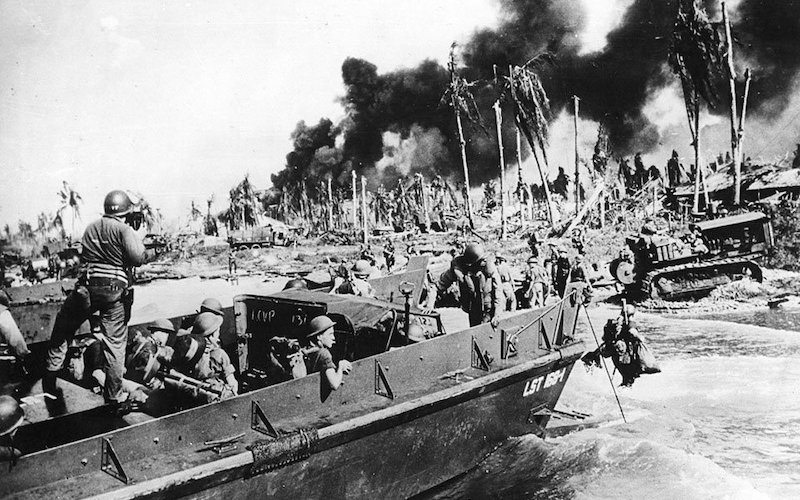 During the last stages of the Pacific War, Australian forces organized a series of landings on the island of Borneo. The goal of the campaign was the liberation of the island from Japanese hands. 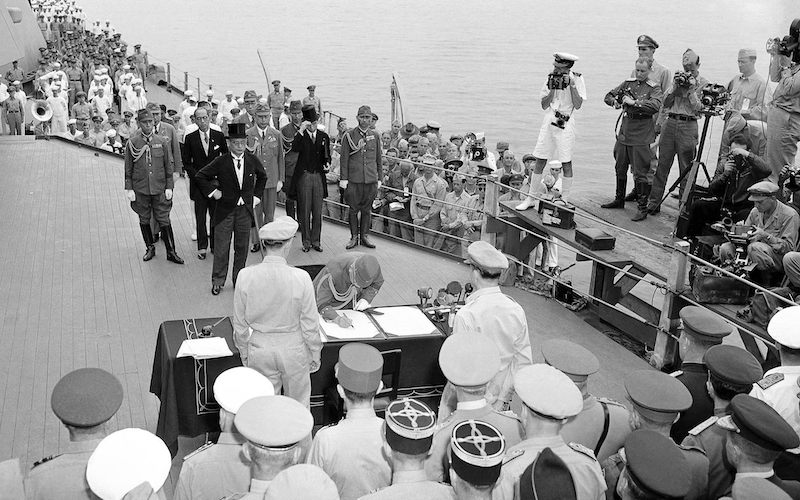